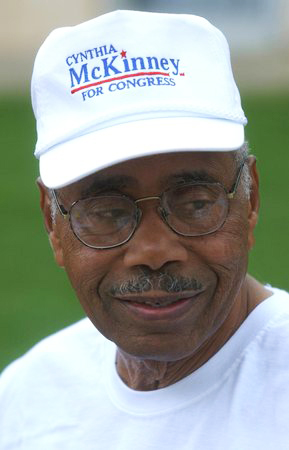 James Edward “Billy” McKinney was born to the late Ann Lewis in Atlanta, Georgia. He was raised by his loving grandmother, Annie Bell Dixon.

Billy joined the U.S. Army in 1945. Upon his return to Georgia from the European war theatre, while still wearing his U.S. Army uniform, Billy was arrested for drinking from the “White Only” water fountain.

“Billy,” as he is fondly known by family, friends and colleagues, grew up to become a socially and politically conscious young man – always fighting for justice and equality. This mind-set led him to join the Atlanta Police Department in 1947.

Billy was one of the first Black policemen in the city of Atlanta. He often reflected on walking the streets of Atlanta being allowed to police only “colored” folk, since Black policemen were not allowed to arrest whites. He readily recognized this injustice and formed a one-man protest, picketing the Atlanta Police Department headquarters on his off days, often in his police uniform and much to the ire of his fellow officers.

It was on his Grady Hospital “beat” that he met and married his loving wife of 56 years, Leola Christion McKinney. To this union was born a daughter, Cynthia Ann McKinney. Billy also had two sons, Gregory and James, from a previous marriage.

Billy made a conscious decision that picketing from the outside was not as effective as being on the inside as a part of the law-making body, helping to make laws that made sense. He ran unsuccessfully for alderman, county commissioner, as well as U.S. Congress as an independent candidate in 1982, against Wyche Fowler.

Billy McKinney was NOT a quitter and in 1970 was elected to the Georgia State Legislature after the passage of the 1965 Voting Rights Act mandated election law changes in the state of Georgia. His position in the Legislature was accompanied by that of his daughter in 1989, as she too was elected to the Georgia State Legislature. Thus, Billy and Cynthia served as the first father-daughter team of lawmakers in the history of the state of Georgia. Billy served as an elected official for more than 30 years in the state where he was born and raised.

Many bills were enacted during his years as a public servant that changed the legislative landscape of the state of Georgia. In tribute to his service, a stretch of Interstate 285, from I-20 to the Cobb County line, is named in his honor: Rep. James E. “Billy” McKinney Highway.

Billy was one of the forgotten civil rights advocates and activists. He often joined causes for justice and equality with his then-young daughter on his shoulders. He marched with the more recognized leaders and fought just as hard with the less recognized but just as important people in the neighborhoods and communities in Atlanta. 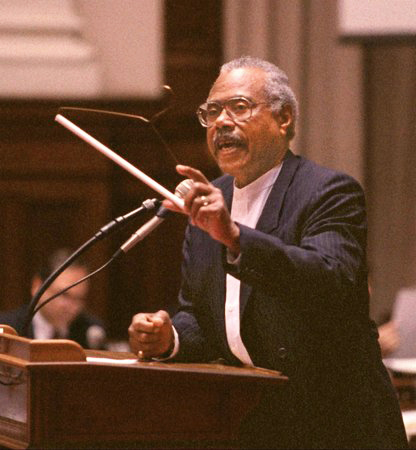 His political prowess was recognized across the nation and the world, and his advice and counsel were sought by elected officials and candidates for elected office near and far. He was requested to tell his life story annually for a period of time to students from California State University at Pomona, as the group toured the South on their Civil Rights Tour; and he often spoke at events of socially conscious organizations. Billy served on numerous boards and was active in many organizations.

In his younger days, Billy was an avid tennis player. He also spent a lot of time reading and researching, turning himself into a “walking encyclopedia.” His unique view of the world sometimes found him at odds with so-called conventional wisdom, but Billy McKinney was true to his principles, regardless.

Family Hour will be held on Sunday, July 18, 2010, from 5:00 p.m. to 7:00 p.m. at the Willie A. Watkins Funeral Home, located at 1003 Ralph David Abernathy Boulevard, while the Celebration of Billy’s Life will take place on Monday, July 19, 2010 at 11:00 a.m. at Jackson Memorial Baptist Church, pastored by Rev. Dr. Gregory Sutton, located at 534 Fairburn Road, N.W., Atlanta, Ga. 30331. Interment will be at Lincoln Cemetery. Arrangements have been made by Willie A. Watkins Funeral Home (www.williewatkins.com).

Former Congresswoman and Green Party presidential candidate Cynthia McKinney is coming to the Bay Area for the kickoff of her cross country Bike 4 Peace tour, and she wants to see all her old friends and make new ones. You are invited to the following events:

In the wake of the Supreme Court voting rights ruling