Special to the NNPA from the Final Call 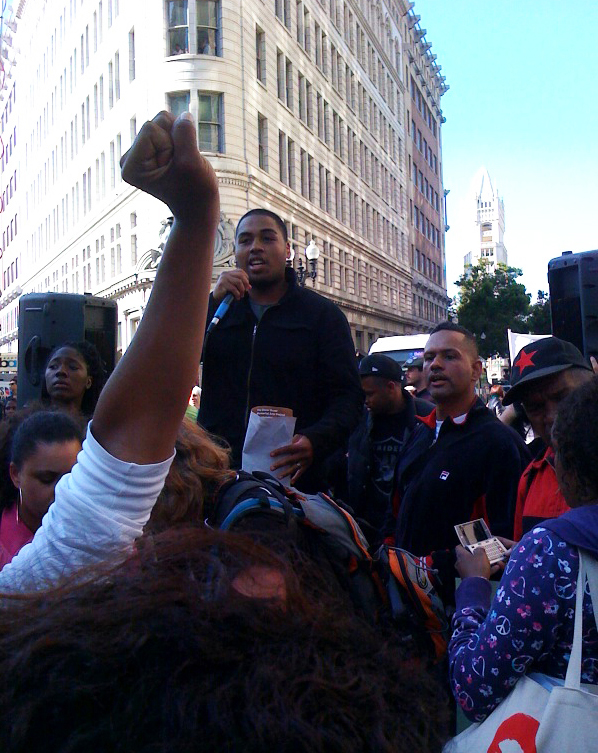 Los Angeles (NNPA) – Jurors were set to resume deliberations July 7 in the murder trial of the White former transit cop who shot an unarmed Black passenger in Oakland. [The verdict, announced at 4 p.m. on Thursday, July 8, is involuntary manslaughter. – ed.]

As a verdict neared, some analysts and activists wondered whether L.A. would see a repeat of “Rodney King.”

Rodney King is the Black motorist whose infamous 1991 videotaped beating by members of the Los Angeles Police Department drew national outrage. A predominantly White jury acquitted three of the officers, deadlocked on one, and set off six days of rioting throughout South L.A. The period became popularly referred to as the “1992 L.A. Rebellion” and the “Rodney King riots.”

“The acquittal of the officers that beat Rodney King triggered one of the worst riots in American history. If the jury with no Blacks acquits Mehserle, it will be silence in the community. It will come. It will go. You will hear angry statements from some youth leaders. You will hear angry statements from the relatives from Oscar Grant, but as far as community anger, rage, you will hear nothing,” predicted Dr. Earl Ofari Hutchinson, political commentator and talk radio host.

The reason is a lack of local and national media attention and what appears to be a lack of emotional engagement and public attention, except for a consistent contingent of youth led protests and scrutiny from community leaders and activists in the Bay Area since Johannes Mehserle shot 22-year-old Oscar Grant on a station platform on Jan. 1, 2009, he said.

According to Dr. Hutchinson, one parallel is that White officers are accused of victimizing Black men, but a difference is there is no sense of a city on edge in the Grant murder as with Rodney King’s beating.

The LAPD was on trial, not just the four officers who beat Mr. King, because of its long, well documented history of brutality against Blacks and Hispanics, Hutchinson told The Final Call.

The sordid history includes an almost relentless war with LAPD which spawned beatings, riots, brutality, and murders, but the analyst and writer felt the same relationship doesn’t exist with BART.

Aidge Patterson, an organizer with the L.A. Coalition for Justice for Oscar Grant, said the system has set the stage for a repeat of Rodney King by lying to people’s faces.

“They’re trying to tell us what our eyes see is not what the truth is. They’re trying to cover this murder by another one of their foot soldiers up but at the same time I see an amazing effort of people across the state to have this cop locked up and let them know they don’t have the ability to get away with it like they did back then,” he said.

“As the trial of Johannes Mehserle comes near its conclusion; the city of Oakland fears the response shown in L.A. after an acquittal in the beating of Rodney King. Those whose anger led them to the streets of Los Angeles to protest an unjust verdict were justified in anger. Oakland should learn that the road to peace is the proper administration of justice. Minister Louis Farrakhan teaches us that injustice creates an imbalance of mind; and when the mind is imbalanced, so too can be our actions,” said student Minister Keith Muhammad, of the Nation of Islam mosque in Oakland.

“Our hope is that city leadership will take courage, stand together, and demand justice. There is no need to wait for the verdict to call for peace and calm; demand justice now. This case has zero Black members of the jury. This case should have been monitored closely by the federal government. City leaders should stand on the mountain top and demand justice. Then the people may feel that government is on their side and not the side of rogue police, who are trained to cover their tracks,” he said.

“Remember, Johannes Mehserle is the first peace officer in the history of California to face a murder charge for unjustified homicide or murder. Remember, no peace officer in the country has ever been convicted for murder while on duty. Sean Bell, Amadou Diallo, Elenor Bumpurs and a long list of other police killings have all been considered by courts justifiable homicides. Cities are paying millions of dollars to settle lawsuits; yet no criminal court has convicted an officer for murder.”

News media indicate the Oakland Police Department recently simulated a riot to prepare for the Mehserle verdict, but rebellions only occur when people get fed up with police injustice and terrorism, Patterson noted. 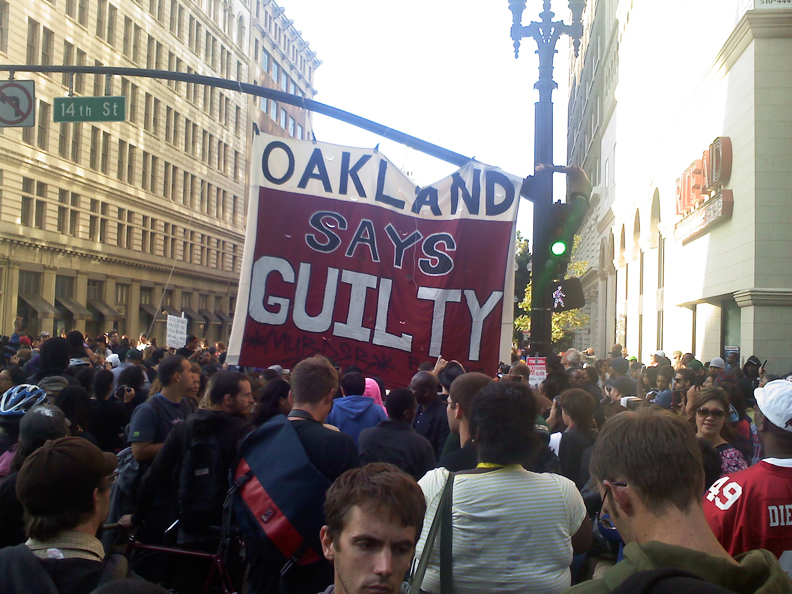 Instead of preparing for war against its own citizens, Oakland police should prepare to create better relationships in communities and a society that’s just and better for everyone, he added. Instead, they would rather send the message to the people of Oakland that whatever the verdict is, there’s nothing they can do about it, Patterson continued.

“They’ve made Johannes Mehserle into a victim in this case and he’s nothing but a brutal killer. It’s like they’ve been egging the people of Oakland on to smash on the people but they could have done this better. They could have put African Americans on the jury, even African Americans that like police, but they made it blatantly obvious that they’ve drawn a racist line in the sand,” Patterson said.

He believes a lack of media coverage of the first cop to be tried for murder in California was intended to quiet people down, the same way media refused to show bodies returning from wars. “They learned from Rodney King how they’re going to show these cases. This is obviously one of the most historic cases in the entire country and it should be on every news station, but they’re good at keeping people ignorant.”

Editor’s note: The Black press had been following the lead of Los Angeles’ mainstream media in giving no coverage to the case of Oscar Grant and the trial of Johannes Mehserle, despite valiant efforts by local activists. Then Minister of Information JR and comrades met two weeks ago with the editorial board of the Los Angeles Sentinel, whose publisher, Danny Bakewell, also chairs the NNPA, the National Newspaper Publishers Association, commonly know as the Black Press of America. The Sentinel gave the story front page coverage both weeks since, and this is the NNPA’s first story, a lead story on its newswire that feeds stories to nearly 200 member newspapers around the country. 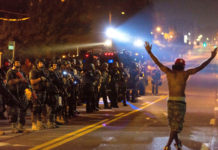