“I swear by Apollo Physician that I will fulfill this oath and this covenant; I will keep them from harm and injustice.” – Hippocratic Oath 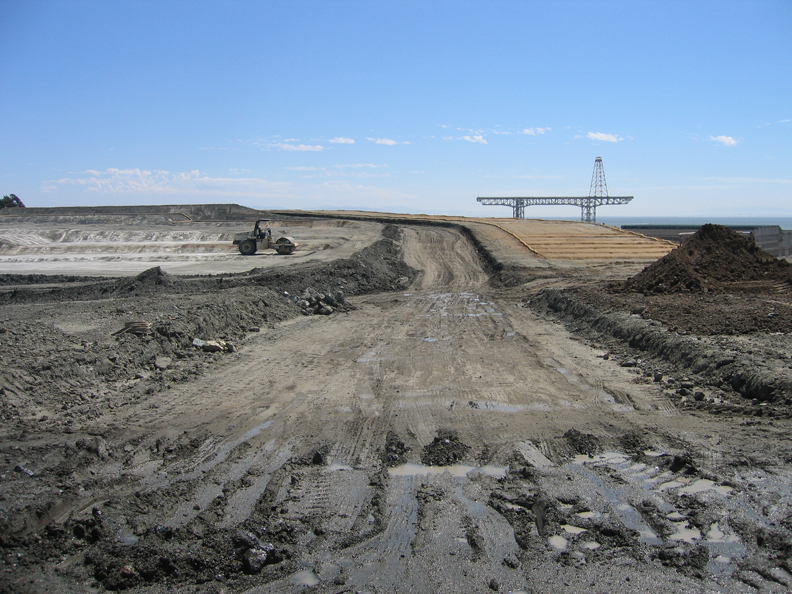 In April of 2008 the Union of Concerned Scientists issued the results of a survey sent to 5,419 EPA scientists. More than half responded saying they had experienced political interference in their work. Nine hundred scientists confirmed reports the White House watered down documents regarding climate change and inserted industry language into EPA power plant regulations and that scientific advisory panel conclusions about toxic chemicals went unheeded.

The most spectacular example of collusive government interference in the oversight of human health and safety occurred in the aftermath of the Twin Towers destruction on Sept. 11, 2001. Lower Manhattan was choked in dust clouds that rose over 1,000 feet, subjecting residents, office and rescue workers to a cocktail of toxic gases and airborne particulates.

In the days after Sept. 11, the United States Environmental Protection Agency (USEPA) and the Occupational Safety and Health Administration (OSHA) took air samples and reported finding no excessive levels of asbestos, lead or volatile organic compounds in the air around Ground Zero. Contrary to these reports, dust samples taken from Ground Zero showed extremely high levels of asbestos.

In August of 2003 EPA Inspector General Nikki Tinsley issued a report admitting public statements issued by the agency were influenced by the National Security Council under the direction of the Bush White House. A 2004 report by the Sierra Club detailed the coverup of the public health hazards of Ground Zero orchestrated to “keep Wall Street rolling”! By June 2004, 57 Ground Zero workers had died from exposure to the toxics.

In striking parallel, in 2006 Dr. Mitch Katz, director of the San Francisco Department of Public Health, issued an unsigned and undated “Fact sheet” about exposure to toxic asbestos and particulate containing construction dust from Lennar’s Parcel A development site at the Hunters Point Shipyard. Katz stated, “The type of construction dust generated at the shipyard is common across California and was expected. The area is not contaminated with unsafe levels of chemicals.”

According to the EPA Office of Air and Radiation, “Airborne particles, the main ingredient of haze, smoke and airborne dust, can cause a number of serious health problems. Small particles less than 10 microns pose the greatest problems and can affect both your lungs and your heart. Numerous studies link particulate exposure to increased hospital admissions and emergency room visits and to death from heart or lung diseases.” New studies show exposure to high particle levels to be associated with low birth weight infants, pre-term deliveries and fetal and infant deaths.

Mass grading and earthmoving activities began on Parcel A on April 25, 2006. In 2006 SFDPH issued three Notices of Violation to the developer concerning the generation of visible dust. According to a SFDPH memo dated June 2007, there were complaints about dust from the very beginning of the grading activities.

On Aug. 7, 2008, Lennar CEO Kofi Bonner entered into a settlement agreement with BAAQMD Executive Officer Jack Broadbent to pay $515,000 in civil penalties for violations of California Health and Safety Code Section 424 at the Hunters Point Shipyard in San Francisco.

On June 9, 2010, EPA published “Review of Dust and Naturally Occurring Asbestos Control Measures and Air Monitoring at the Hunters Point Shipyard.” For the first time, EPA acknowledges its initial investigations did not specifically address the human impacts of dust exposure separate from exposure to naturally occurring asbestos. 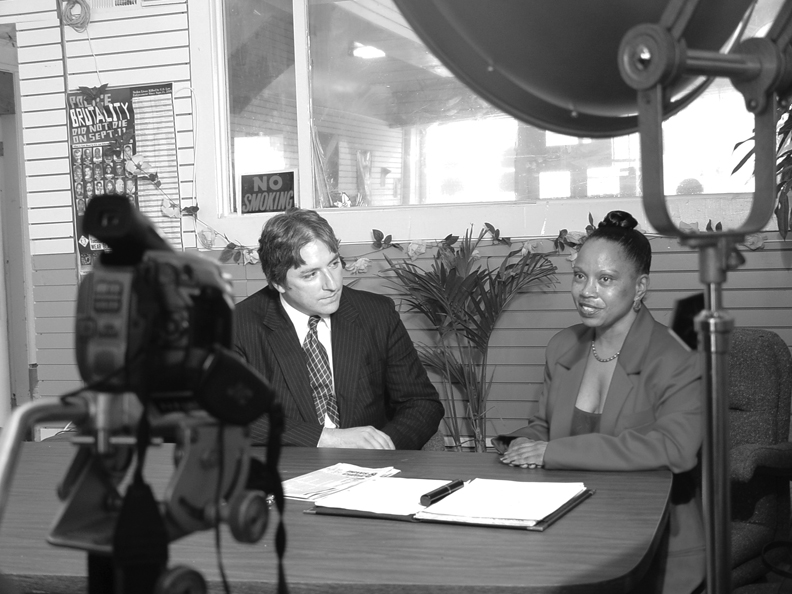 Navy Archives document that in 1947 Navy personnel burned 610,000 gallons of radiation contaminated fuel oil in boilers at the shipyard’s power plants. The Navy acknowledged the fuel contained plutonium, which has a halflife of 24,000 years. The radioactive fuel came from three ships towed back to the Hunters Point Shipyard after exposure to two 23 kiloton atom bomb explosions during Operation Crossroads testing in the South Pacific. If inhaled and lodged in the lungs, even tiny particles of plutonium can cause cancer.

According to Greenaction for Health and Environmental Justice, more than 80 percent of San Francisco’s industrially zoned land is located in Southeast San Francisco. This area is home to a federal Superfund site at the Hunters Point Shipyard; the largest air polluter in San Francisco, the Mirant Potrero Power Plant; a sewage treatment plant which handles 80 percent of the City’s solid wastes; 187 leaking underground fuel tanks; and more than 124 hazardous waste handlers regulated by the USEPA.

Cumulative impacts describes the combined effect of adding pollutants to the environment over time. Impacts to health occur as the result of the combined effects of emissions from a variety of small and large pollution sources. A key provision of the California Environmental Quality Act requires that regulatory agencies analyze the impact of toxic emissions from a single source combined with the effects of nearby pollution.

The health of residents in Southeast San Francisco has been impacted by the cumulative contamination of the community’s air, soil and water with more than 200 toxic chemicals according to the EPA, including particulates, pesticides, petrochemicals, heavy metals, asbestos and radioactive materials.

Health surveys document rates of breast and cervical cancer double the rate found in other city neighborhoods and hospitalization rates for congestive heart failure, hypertension, diabetes and emphysema triple the statewide average. More than half of all infant mortality in San Francisco occurs in Bayview Hunters Point and Potrero Hill. Birth defects for the area were 44.3 per 1,000 compared to 33.1 for the county of San Francisco.

According to Wilma Subra, Ph.D., “The EIR did not evaluate and assess the cumulative impacts of exposure to human and ecological receptors and the environment as a result of exposure to hydrocarbons, volatile organic compounds, PCBs, pesticides, heavy metals, asbestos and radionuclides.”

On June 3, 2010, following a contentious hearing and a four to three split vote by the Planning Commission, the Shipyard-Candlestick Phase II draft EIR was certified as final. The massive project proposes over 10,000 residential units, over 1 million square feet of retail and office space, a 900 foot bridge, a massive transportation infrastructure and development over a 20-year construction period.

The Sierra Club, Golden Gate Audubon Society, San Francisco Tomorrow and the California Native Plant Association filed appeals on June 21, 2010, that force the San Francisco Board of Supervisors to vote on the adequacy of the environmental review. That vote is expected to occur on July 13, 2010. Additionally, attorney Stephen C. Volker filed an appeal of the FEIR on behalf of Californians for Renewable Energy, an organization in the forefront of environmental justice actions in Bayview Hunters Point. The appeals process prevents the city from seeking further approvals of the project from a roster of agencies, boards and commissions.

The Sierra Club Yodler calls on San Francisco Supervisors to stop the “Hunters Point Disaster,” a plan that would irreparably damage a state park by erecting a six-lane road and bridge through Candlestick Point with a noise level equivalent to being 50 feet away from a freeway. Additionally, the Bayview community would continue to face the on-going threat of pollution from the U.S. Navy “dump” at the shipyard.

Under the new BAAQMD CEQA guidelines, the Shipyard-Candlestick development project’s construction related emissions of greenhouse gases and nitrogen oxides will be significant and unavoidable. Additionally, the EIR failed to quantify the cancer risk associated with toxic air contaminants generated during construction but acknowledged that “due to the scale of the project the impacts from TACS bound to soil PM 10 would likely be above the BAAQMD’s significance thresholds.”

Despite a new direction pioneered by the Obama White House vocalized by Lisa Jackson, the first African American administrator of the U.S. Environmental Protection Agency in her presentation to the Commonwealth Club of California on Sept., 29, 2009, the EPA continues to demonstrate politically influenced environmental health and justice decision-making at the Hunters Point Shipyard.

Driving clearly “under the influence” of political pressure, on June 9, 2010, USEPA issued a final report titled “Review of Dust and Naturally Occurring Asbestos Control Measures and Air Monitoring at the Hunters Point Shipyard.” It concludes that proper safeguards for management of toxic dust exposures are in place at the federal Superfund site slated for dirty transfer and development as early as 2011. The timing of the release of the EPA final report on the heels of the June 3, 2010, final certification of the Shipyard-Candlestick environmental review by the Planning Commission cannot be overlooked.