Fred Collins, 48, dies in a hail of police bullets, after taser gun fails 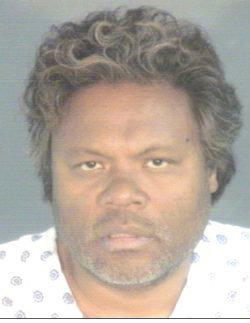 Here we go again: another police kill at the same rail transit station in Oakland, California, where 22-year-old Oscar Grant was shot in the back last year.

And while the circumstances of Saturday’s early morning police shooting are very different from those in the Grant case, there are many questions that need to raised about a violent police over-reaction.

Yesterday, Oakland and Bay Area Rapid Transit police shot and killed a reportedly “Hispanic looking” man near the Fruitvale station in Oakland. The first reports, all from the police, said the man was “armed,” wielding two knives.

The dead man was not identified until Sunday, when an OPD spokesperson gave his name and age as Fred Colllins, 48. None of the dozens of officers who answered the call were hurt during the incident.

According to police officials, Oakland homicide detectives, the Alameda County District Attorney’s Office, and the internal affairs units of the Oakland and BART police departments are conducting administrative investigations into the shooting.

An eyewitness, looking out her window, said the man was walking backwards yelling for the police to shoot him. According to a television interview with the eye-witness, the man had his hands up.

Ultimately, the man died in a barrage of police bullets – at least five cops shot him down. Dozens of cops were on the scene. Given the number of shooters, it may never be known which bullet killed the man.

The description given by several eye-witnesses does not appear to square with the police decision to cut the man down with a hail of bullets, from at least five guns. Police claim they tasered the man several times but it didn’t have any effect. Then he came at them with a pair of knives.

Here’s what one eye-witness was filmed saying to local TV. Again she watched it out the window of her house in Fruitvale, a short distance from the rail station:

“When they turned here at the corner, there was, I want to say, about 10 policemen, all gathered together. And then I saw this man walking backwards, like this (both hands up), saying, ‘Shoot me, shoot me, shoot me’! And the police, I didn’t hear none of the police say anything. They were just gathered together, following him while he was walking backwards all the way through that street,” said Letty, who did not give her last name. “And then all of a sudden, I hear a little pop and then right after that I hear bup, bup, bup, bup, bup!”

The BayCitizen reported, according to eye-witness interviews, that the man was wearing two backpacks – one on his back and one on his front, and was shot after he tried to reach inside one. Police say nothing about a backpack.

Fourteen-year-old Florencia Osores told the BayCitizen that she watched the shooting out her window with her family. Osores said she saw about “15” cops in pursuit. The man stopped running and turned around.

“The cops said, ‘Stop!’” she said. Collins turned his back to officers and “looked like he was taking something from his bag.” According to the teen eye-witness, that’s when the cops opened up with a barrage of fire. “I’ve never seen the cops versus a person before,” she said. “They shouldn’t be trying to kill him. Couldn’t they have shot him in the leg?”

Mesha Monge Irizarry knows a great deal about police overreaction and a lot about the nature and impact of the 50,000 watt taser the police claim was ineffective in stopping their alleged suspect.

Over the years, Irizarry has given courses to the police in non-violent escalation, but in a tragic twist of fate saw her own 23-year-old son, Idriss Stelley, a 4.0 college student, go down in a barrage of 48 bullets in 2001.

“I have thoroughly studied this. It’s a common practice for police to all starting firing at once,” said Irizarry. “They know when they shoot together, it’s almost impossible to find out who shot first or whose bullet ended a life.”

She says she’s extremely suspicious about the police claims that the taser didn’t stop the man or even slow him down.

“There’s no such thing as it doesn’t have any effect, like the police are claiming. They’re full of bull. It’s not like a little shock from a faulty circuit. It totally shuts your body down. Many people have died from one application.”

Irizarry volunteered to be tasered in 2006 during an international human rights gathering in San Francisco. “It takes you out for a full seven seconds. That’s when the police are supposed to act” to subdue a person.

A taser “totally shuts your body down. Many people have died from one application.” – Mesha Monge Irizarry

James Keys, chair of San Francisco City and County Board of Mental Health, also has grave doubts about the police claims that the taser had little or no effect. “I find it hard to believe that they shot him like that with a taser several times and he kept going … That amount of voltage [makes it] hard to believe.”

Keys says that OPD has failed “for decades in with dealing with situations like this … I cannot understand why they couldn’t subdue that man without using a kill shot. There are many other ways.”

The local NBC news affiliate reported that “witnesses in the area said the man kept crying that officers shot him” with a taser.

“I cannot understand why they couldn’t subdue that man without using a kill shot. There are many other ways.” – James Keys

Keys, who grew up in Oakland, said the problem is bigger than crisis intervention. He said the OPD doesn’t have the trust or the support of the community, and people of color are not going to be rushing to turn themselves in, in order to become the next Oscar Grant. 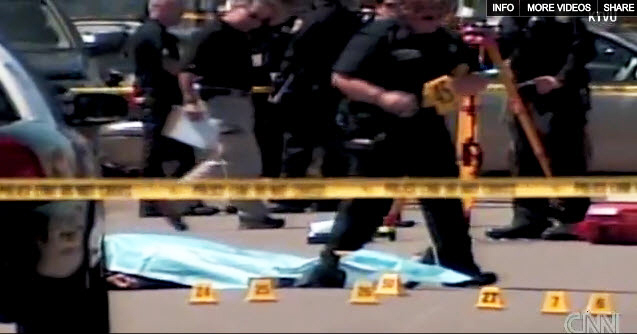 “I grew up in Oakland as an African American … and the police have never dealt well” with Black and Brown people. “The prevailing attitude is that white officers kill” people of color. “That’s the mindset: People are afraid of the police in Oakland.”

Keys was disappointed in Mayor Dellums’ actions around both the killing of Oscar Grant as well as his willingness to jump on the bandwagon with the police department, when he should be more of a “joiner,” bringing people together rather than immediately siding with the police.

Mayor Ron Dellums released a statement on Saturday afternoon – a “joint news release” on the shooting, on behalf of the Oakland Police Department, the Mayor’s Office and BART officials – urging calm but voicing little concern about the pattern of violence and over-reaction shown by BART and Oakland police.

“Anytime there is a loss of life, it is a matter of great concern and sadness for us all,” Dellums said in his written statement. “It is extremely important that we as a community continue to work together in order to provide a safe and secure environment. Therefore, a thorough investigation of the circumstances surrounding this death has begun.”

BART also announced a “thorough” investigation into the shooting. “The loss of life under any circumstance is truly an unfortunate and regrettable event,” wrote BART Vice President Bob Franklin and board member Carole Ward Allen in the joint statement.

There is “something wrong at the core,” says Irizarry. It’s about the police abuse of power, and their decision, all too often, to use force over reason.

The police in Oakland and the BART Police “should be the last to be called,” she said. “Why isn’t the mayor talking about crisis intervention teams, instead of sending cops out who have no training in intervention with distraught people, who are not trained in crisis de-escalation … Calling the police to do a non-violent intervention with a troubled person is like calling the mortician to deliver a baby.”

“People are very scared,” local resident Juanna Nieva told one reporter. “I am really worried for kids. People are living in fear in Oakland.”

“Calling the police to do a non-violent intervention with a troubled person is like calling the mortician to deliver a baby.” – Mesha Monge Irizarry

Now the question for many people of color in Oakland is: Are they more fearful of the criminals or of the cops who are supposed to protect them?

Investigative journalist Dennis Bernstein hosts Flashpoints, heard on KPFA 94.1 FM weekdays at 5 p.m. and archived at www.flashpoints.net and www.kpfa.org. He can be reached at dbernstein@igc.org. 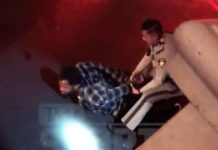 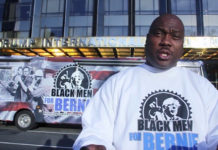