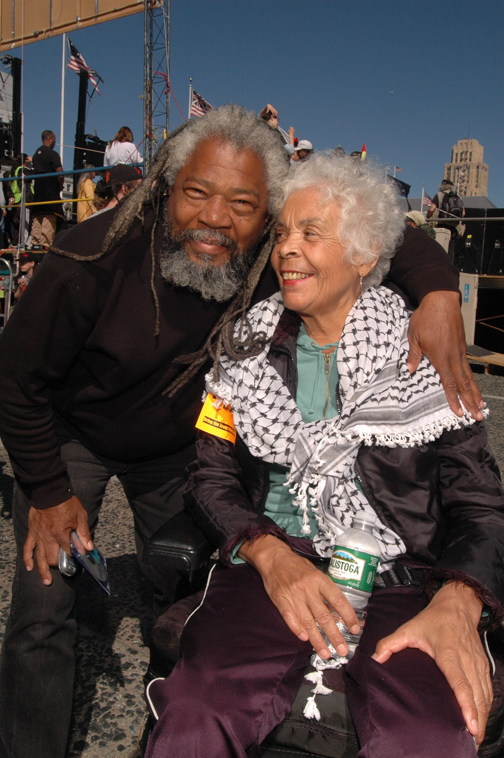 The vicious, premeditated and illegal attack on the six-boat Freedom Flotilla by Israeli Zionists on May 31 in international waters left nine humanitarians shot dead – one of whom was an American citizen – and over 40 wounded on the Turkish ship, Mavi Marmara, as well as many others traumatized and injured from being badly beaten, jailed and/or hospitalized.

Among the approximately 700 unarmed human rights activists, journalists, members of parliament and other civilians from 40 countries were Dr. Paul Larudee, co-founder of the Free Palestine Movement, Haneen Zuaby, member of the Israeli Knesset, Brazilian filmmaker Iara Lee, Kathy Sheetz, retired nurse from Richmond and veteran of 2008 and 2009 Free Gaza voyages, and former U.S. Army Col. Ann Wright, who noted in describing the predawn raid, “I think they anticipated and were prepared to kill innocent civilians.”

An initiative that took almost two years of grassroots organization, they were bringing 10,000 tons of medical and humanitarian aid, including toys, wheelchairs, construction supplies, paper, food and medicines for Gaza’s 1.5 million besieged residents.

While many have called the unprovoked attack piracy, it was really an act of war against a NATO (North Atlanta Treaty Organization) country, Turkey, that should have evoked a strong reaction by its member nations since they’re committed to defending one another. But of course the U.S. is the domineering ally, so this incident will likely be swept under the NATO rug.

In fact, it’s the so-called international community, a.k.a., the quartet that is responsible for the Zionist siege of Gaza in the first place. Consisting of the European Union, the United Nations, Russia and the U.S. – that doesn’t even sound right! – this so-called quartet is little more than a group of international flunkies for the U.S. and its Middle-East outpost, Israel. In short, these so-called leaders do not represent the world’s peoples. They are complicit in Israel’s criminality because they’re all in on the stakes – control of the flow of oil, the black gold of the latest, disastrous gold rush.

The Israeli government decided to put Gazans “on a diet” once they elected Hamas’ Ismael Haniya over the Palestinian Authority (Fatah) led by its president, Uncle Tom Abbas. In short, these international thugs deliberately authorized the collective punishment – through starvation – of 1.5 million Palestinians for exercising their right to vote. A majority of Palestinians are suffering malnutrition as a result, especially children. 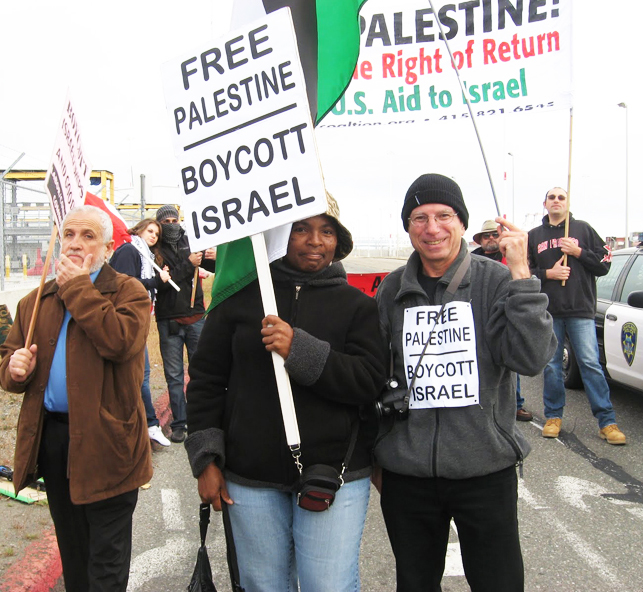 Israel’s vicious May offensive was in violation of the Fourth Geneva Convention and international law, not least because Security Council Resolution 1860, passed in January 2009 during the Gaza War, called for ending the blockade and opening unfettered access to humanitarian assistance throughout the strip. The so-called Gaza War – really a Gaza massacre – resulted in over 1,400 Palestinians and 13 Israelis being killed during Israel’s three weeks of airstrikes and widespread destruction of buildings, homes, schools, mosques and hospitals. Yet Israel is constantly portraying itself as the victim of Palestinian rocket attacks requiring such overkill for its security.

The Free Gaza Movement began sending boats to break the siege of Gaza in August 2008 with 44 passengers from 17 nations. My friends, Donna and Darlene Wallach, were on this first boat that left from Greece. It did arrive in Gaza and they met with the duly elected leader of Hamas, Ishmael Haniya, who welcomed them with customary Palestinian hospitality.

However, when the Wallach twins accompanied Palestinian fishermen on their boats, they quickly got a taste of Zionist brutality despite being within Palestinian waters. Darlene was arrested, jailed in an Israeli prison, and deported. Needless to say, the treatment of Palestinians was much worse. They are systematically terrorized by the Israeli Navy while fishing their waters for survival.

Last year, the Free Gaza Spirit of Humanity attempted to bring humanitarian aid to the besieged Gazans. But the Israelis hijacked the ship, and all 21 passengers, including Nobel Peace Prize laureate Mairead Maguire and former Congresswoman Cynthia McKinney, were arrested and deported.

Ms. McKinney learned first-hand that a politician cannot remain in Congress or the White House without the support of the Zionist lobby, AIPAC (American Israel Political Affairs Committee). Earl Hilliard, D-Alabama, likewise discovered that support for Palestinian justice would cost your congressional seat.

The mainstream media’s parroting of Israel’s barefaced lies and cover-up clearly illustrate the power of AIPAC and Jewish control of the airwaves. In his book titled “The Lobby: Jewish Political Power and American Foreign Policy,” Edward Tivnan writes: “Before Israel existed as a state, it existed as a political lobby first in the capitals of Europe and then in Washington …. Indeed the Jewish lobby has become primarily a pro-Israel lobby, one so aggressive, omnipresent and influential … the denizens of Capital Hill refer to it simply as ‘the lobby.’”

Please note that the best that could be gotten from President Barack Obama in the immediate wake of Israel’s disastrous, unprovoked attack on hundreds of unarmed civilians, including the murder of an American citizen, was his “deep regret.”

Renowned White House correspondent Helen Thomas, 89, for example, made one off-the-record remark suggesting the Zionist occupiers go home and was fired, wiping out over 50 years of professional journalism.

Israel’s blatant disregard for international law and White House opinion in its violent colonization of Palestinian territories looks like the tail is wagging the dog. Especially when its leaders continually ignore U.S. and/or U.N. admonishments, resolutions and advisements to cease its massacres of innocent civilians, including children, and stop its building of illegal settlements displacing Palestinians and destroying their homes. Israel also incarcerates tens of thousands men, women and children in notoriously horrid, tortuous conditions. 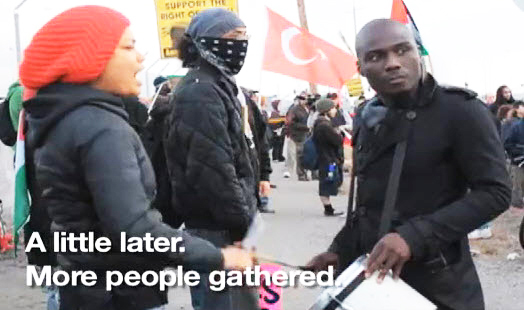 However, when you consider the multi-billions of dollars the U.S. provides Israel in annual aid, military equipment and technology, plus American reliance on the fourth largest army in the world to police the Middle East – your tax dollars at work – it’s easy to see that Israel is the U.S. surrogate or regional pit bull that occasionally bites the hand that feeds it with impunity.

Israel has at least 200 nuclear warheads, though it’s not a signatory to the Nuclear Non-Proliferation Treaty and refuses obligatory inspections. In 1986, Israeli citizen Mordechai Vanunu was arrested and spent 18 years in prison, 11 in solitary confinement, for whistleblowing on Israel’s nuclear plant. Released in 2004, he was recently returned to prison for three months in solitary for parole violation, i.e., meeting with foreigners.

Michel Chossudovsky wrote in his article titled, “Unusually Large U.S. Weapons Shipment to Israel: Are the US and Israel Planning a Broader Middle East War?” posted to Global Research on Jan. 11, 2009: “A very large delivery of U.S. weaponry to Israel consisting of 3,000 tons of ‘ammunition’ is scheduled to sail to Israel. The size and nature of the shipments are described as ‘unusual.’

“The U.S. Congress approved in September 2008 the transfer of 1,000 bunker-buster high precision GPS-guided Small Diameter Guided Bomb Units 39. The GBU 39 smart bombs produced by Boeing were delivered to Israel in November. They were used in the initial air raids on Gaza.

“The stockpiling of U.S.-made bunker buster bombs by Israel has been ongoing since 2005: The United States will sell Israel nearly 5,000 smart bombs in one of the largest weapons deals between the allies in years.

“Among the bombs the [Israeli] air force will get are 500 1-ton bunker busters that can penetrate 2-meter-thick cement walls; 2,500 regular one-ton bombs; 1,000 half-ton bombs; and 500 quarter-ton bombs. The bombs Israel is acquiring include airborne versions, guidance units, training bombs and detonators. They are guided by an existing Israeli satellite used by the military.”

The Zionist crimes against humanity are legion. 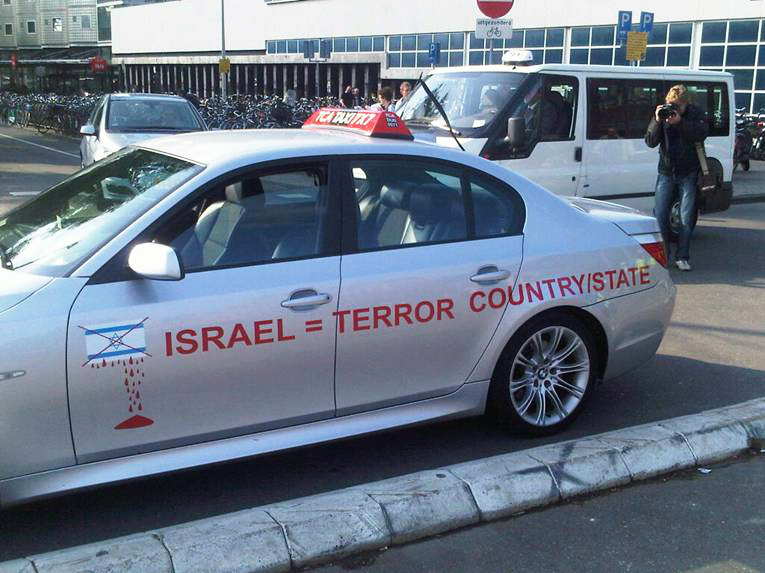 They include the unprovoked attack by Israel on the USS Liberty in 1967 that killed 34 American sailors and was immediately covered up by both governments. See http://whatreallyhappened.com/WRHARTICLES/ussliberty.html?q=ussliberty.html.

The horrific massacre at Sabra and Shatila, Lebanon, in 1982 under orders from Ariel Sharon – who later became prime minister of Israel – then known as the Butcher of Beirut left at least 2,000 civilians dead.

And the deliberate bulldozer murder of Rachel Corrie: She was mowed down trying to defend a Palestinian home in March 2003. One of the Free Gaza boats bears her name.

But this latest brazen attack has provoked international outrage and the escalation of the boycott, divest, sanctions (BDS) campaign against the Zionist regime.

Eyewitness testimony from deported survivors tells a horrifying story of the use of electric shock, live ammunition, smoke bombs, gas canisters, beatings and seizure of nearly all evidence on cameras – as well as confiscation of everyone’s belongings – laptops, cameras, credit cards, cash etc. Greek activist Michalis Grigoropoulos said: “They took us hostage, pointing guns at our heads …. There was absolutely nothing we could do.” A Turkish woman, with her 1-year-old baby, recalls, “The ship turned into a lake of blood.”

South African activists describe this flagrant assault as Israel’s Sharpeville, referring to the 1960 massacre in South Africa that marked a turning point in international support of anti-apartheid resistance.

There certainly appears to be a great deal of active support for the BDS campaign. Let’s hope it culminates in the eventual realization of a one-state democracy inclusive of all residents, Arab and Jewish, living in peaceful coexistence under a secular, democratic government.

Kiilu Nyasha, Black Panther veteran, revolutionary journalist and Bay View columnist, blogs at The Official Website of Kiilu Nyasha, http://kiilunyasha.blogspot.com/, where episodes of her TV talk show, Freedom Is a Constant Struggle, along with her essays are posted. She can be reached at Kiilu2@sbcglobal.net. Learn more about the struggle in Gaza at www.freegaza.org.