Detroit – The new ABC cop series, Detroit 1-8-7, is currently shooting in the city without council-approved permits, according to City Council member Kwame Kenyatta. Its producers claim it will inject $25 million into the “local” economy, while its stars are injecting much of what has been spent so far into the economies of well-to-do suburbs like Birmingham and Royal Oak. 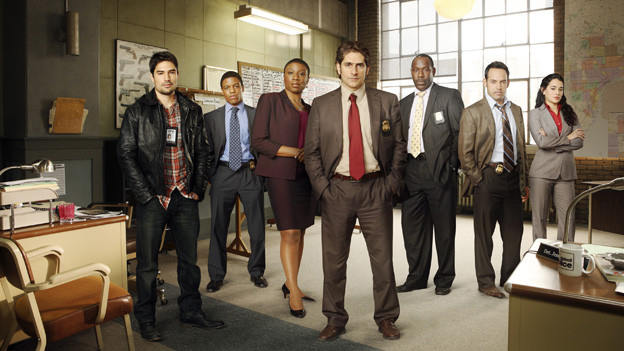 Controversy about the show has swirled in the wake of the May 16 killing of 7-year-old Aiyana Stanley-Jones by Detroit police. They shot her in the head after throwing an incendiary grenade into her home, as TV cameras from A&E’s The First 48 were rolling.

“We met with the production staff of Detroit 1-8-7, who expressed their interest and willingness to work cooperatively,” Dumas said. “They removed their initial trailer, which some saw as negative. [While] any film production requires permitting (granted by the city) for access to city locations, street closures and any resources required for those things, them doing the show in general does not require our approval. They were committed to doing the show anyway, and we thought it best to work with them to insure a mutually beneficial outcome.”

The revised trailer on the show’s website says, “Welcome to Detroit, home of the auto industry, Motown Records and the finest homicide detectives in the country. These are detectives that are protecting this city any way they can. Every victim deserves justice, every cop has their methods, every crime has a story, but here in this city it takes more than just a badge; it takes being a champion.”

It features actors’ lines including, “I love this city; I’ve been a cop in this city so long, when I started, half the suspects was white,” and “Since the homicide rate went up, we’ve had to add columns, we’ve sort of hit capacity.”

Edward Greene, 24, of Detroit, is an actor and producer with his own Detroit-based company, New Life Entertainment. He said he has been acting for five years, after African-American actors Morris Chestnut and Blair Underwood selected him for training in a special project.

He was interviewed after he testified at a City Council discussion on the show July 27.

“My company is taking a negative and turning it into a positive, like a baby being born,” Greene said. “We want to put the right things in our children’s lives. We need shows that put Detroit in a more positive light, and also lead to the establishment of in-house production companies. Detroit 1-8-7 is painting a negative picture of our city.”

Although invited, the show’s producers did not come to the council discussion. Instead, a team from the American Federation of Television and Radio Artists (AFTRA), led by the union’s Los Angeles-based national representative Joe Barnes, addressed the council. They introduced Detroit-born DeVaughn Lucas, who has a part on the show, but did not respond to a question by Detroiter Sandra Hines regarding whether any Detroit natives have leading roles.

Barnes said the show The Wire brought substantial revenue to the city of Baltimore, and that the show has committed to 1,055 hotel room nights worth $48,300 in Detroit.

“This will be a great opportunity for Detroit, where there is a lot of talent,” Barnes said.

Council member Andre Spivey countered, “Baltimore is still reeling from the negative effects of The Wire.” In interviews published in The Detroit Free Press, the show’s stars Michael Imperioli, who plays a detective, and Erin Cummins, who plays a medical examiner who is also a roller derby star at night, said they are staying in hotels and frequenting restaurants in Birmingham and Royal Oak. The show’s film studio is in Highland Park.

The Free Press also reported the show has been filming in Detroit since July 20.

Kenyatta asked, “When did we approve this? We didn’t approve anything. What streets are being closed? What police officers are being used?”

Kenyatta requested the Council’s Research and Analysis Division to compose a resolution opposing the filming of the show in Detroit. Council members Kenneth Cockrel Jr. and Saunteel Jenkins were averse to the idea. Cockrel Jr. said he will wait to pass judgment until the show airs.

Wayne County Executive Robert Ficano, who welcomed Cummins to the county medical examiner’s office July 22 for hands-on “training,” said in published remarks, “Landing a television series here is another big step as we diversify our economy.” He said the show will create “dozens” of jobs and work for extras in the county.

Michigan provides the most lucrative tax breaks for film and TV producers of any state in the country, according to a report from the California-based Milken Institute.

Detroit-based journalist Diane Bukowski wrote regularly for the Michigan Citizen for the past decade. She can be reached at diane_bukowski@hotmail.com.