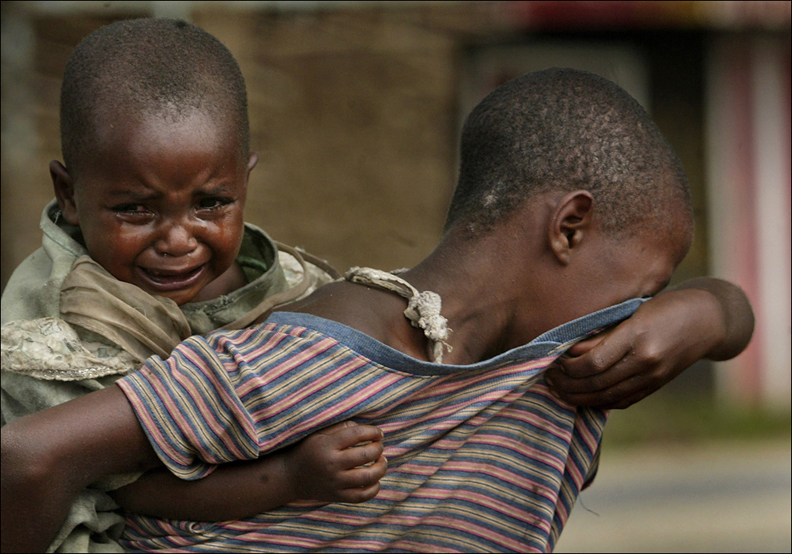 The Israeli government’s increasingly militaristic foreign policy must remain a fundamental concern to anyone who strives for peace and justice on our planet. I am under no illusions, however, that what is happening to the Palestinians should somehow eclipse all other conflicts taking place in the world. Given recent events, and my extremely vocal response to them, I can see why some people new to me and my work might think this is the case. Those who know me even slightly better, however, understand that what is happening in the Middle East is only one facet of my work.

The war in the Congo is another. This is why, for some time now, I have been trying to enter the Congo to document the hideous crimes that are taking place there, crimes that have been largely ignored by much of the world. Since the outbreak of war 14 years ago, over 5 million people, including millions of children, have died as a result of what is now the deadliest conflict since World War II. This is a conflict where rape is used as a weapon of mass destruction, where vital rain forest ecosystems have been destroyed and water systems poisoned.

Given the enormity and brutality of the situation in the Congo, it is baffling how little we have heard about it in the last decade.

Whether it is racism, cowardice or some combination of the two – they are not mutually exclusive – it has come to pass that what is happening in central Africa is somehow OK to accept or, even worse, to ignore here in the West as something distant and abstract. But the fact is that this is not an abstraction but a blunt reality for so many fellow human beings – and we, and in this I include myself, are complicit and in many ways responsible for what is happening in the Congo.

The conflict began when Rwanda and Uganda invaded the Congo ostensibly to pursue rebels who took refuge in the Congo in the mid-1990s. Since then, both the government forces and the rebels have grown richer by plundering the land of its vast mineral resources, while instability in the Congo has allowed for rapid deforestation of what is often referred to as “the lung of the world.” The Congo, along with the Amazon, is the world’s most important “carbon sink,” trapping carbon that might otherwise become carbon dioxide.

Foreign corporations have also joined in the free-for-all plunder of the Congo’s riches, which led the chief of the UNCHR, Antonio Guterres, to declare in an interview with the Financial Times in 2008, “The international community has systematically looted DRC and we should not forget that.”

Among these riches is coltan – columbite tantalite – a mineral highly prized for its use in a number of consumer electronic products, among other things.

After extraction, this mineral is sold to global corporations that use it to satisfy our insatiable appetite for iPods, mobile phones, DVD players and various other gadgets. 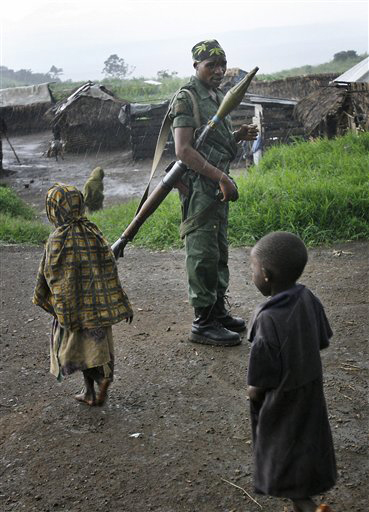 In other words, we are directly fueling the most heinous violence the world has seen in 65 years and subsidizing what one activist, Kambale Musavuli, has referred to as the wholesale rape of land and people.

Just recently President Obama signed into law, as an amendment to the financial reform bill, an extremely limited measure that will require U.S. companies to disclose what steps they are taking to ensure that their products don’t contain “conflict minerals” from the Congo. According to the new provision, publicly traded corporations using any “conflict minerals” to make their products must file a report documenting their origins. And if they find they are supporting militant groups, they must report on how they plan to stop. But that’s all. In fact, corporations are free to report that they will continue to buy from murderous militias, as long as they make that public.

Some might say this is a step in the right direction. I think it is proof of how little we have accomplished so far. We need to turn the heat up on our elected officials who for too long have skirted their responsibility in pushing our African allies – Rwanda and Uganda are both top buyers of Congolese tin and gold – to end this war and boycott those companies who continue to profit from such atrocities.

In addition, we should call on our elected officials to enforce The Democratic Republic of the Congo Relief, Security, and Democracy Promotion Act, which Obama sponsored as a senator in 2006. This law grants the secretary of state – Hillary Clinton, who co-sponsored the bill as a senator – the authority to withhold funding to any government contributing to the destabilization of the Congo. Fully implementing this law, Public Law 109-456, would help to accelerate an end to the conflict, as V-Day’s Eve Ensler has exhorted.

We also need to recognize that, as the beneficiaries of this violence, each of us can and must stand in solidarity with the Congolese people.

I am a filmmaker, and so I am trying to make a film about the Congo. Take a little bit of what you do best, and do it to raise consciousness about the suffering that is occurring in the heart of Africa.

After all, it is not only the fate of the Congo or the African continent that is at stake, but also the conscience of humanity. It is unacceptable that we look back at ourselves and admit that we stood idly aside while millions of human beings perished for the comfort of our cell phones and modern gadgets.

Visit FriendsOfTheCongo.org to find out ways you can take meaningful action at home and stand in solidarity with the people of the Congo.

Iara Lee, a Brazilian of Korean descent, is an activist and filmmaker who is currently working with CulturesOfResistance.org on a feature-length documentary film about how creative action contributes to conflict prevention and resolution. In May 2010, she was a passenger on the MV Mavi Marmara in the Gaza Freedom Flotilla which was attacked in international waters by the Israeli navy, who murdered nine humanitarian aid workers. She was able to successfully hide and retain most of the raid footage, which she later released to the world after a screening at the UN. This story first appeared on Huffington Post. 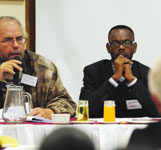 Cynthia McKinney: The world needs peace – but not a Pax Americana