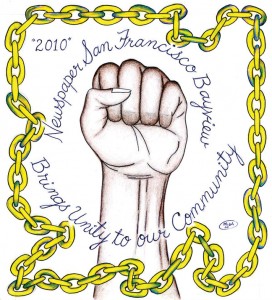 In 1974 (Procunier v. Martinez) U.S. Supreme Court Justice Thurgood Marshall sought to protect the practice of free speech by challenging a standard illegitimate dictate of prison authority: censorship of prisoners’ mail. In opposition to prison officials’ desire to quell dissent and regulate opinion in the yard, Marshall appropriated – indeed, elevated – the discussion to the level of moral indignation:

“The First Amendment serves not only the needs of the polity but also those of the human spirit – a spirit that demands self-expression. Such expression is an integral part of the development of ideas and a sense of identity. To suppress expression is to reject the basic human desire for recognition and affront the individual’s worth and dignity.”

Just over a decade later (Turner v. Safley) Sandra Day O’Connor agreed, asserting that “prison walls do not form a barrier separating prisoners from the protections of the Constitution.”

Yet such bold proclamations from the bench rarely provide comfort to those who need it most.

“To suppress expression is to reject the basic human desire for recognition and affront the individual’s worth and dignity.”

Today, according to numerous reports from inmates in several California state prisons, free speech inside the penitentiary is increasingly becoming a scant luxury, not the universally recognized right abstracted by federal judges. Reality, it seems, is closer to the view offered by the ACLU that “prisoners’ First Amendment rights are far more limited than those of non-prisoners, and prison officials can significantly restrict the publications prisoners receive.”

As early as March 2008, the San Francisco Bay View began receiving dispatches from California prisoners alerting the newspaper that prisoners in possession of the newspaper were being charged with gang affiliation and having their subscriptions withheld.

Ed Furnace, formerly at Salinas Valley State Prison (SVSP), informed the Bay View that he had been segregated from the general inmate population and exiled to solitary confinement in part for possessing a Bay View article on Black August, the commemoration of Black radical resistance centered on the Marin courthouse rebellion that occurred Aug. 7, 1970. Furnace believes the segregation violated his First Amendment rights and possibly constitutes defamation: They (SVSP) are “essentially saying that the article is gang recruitment material when it is not.”

When Furnace challenged court authorities in June to demonstrate how his possession of the Bay View and other so-called gang “source items” provided the requisite “direct” link to gang activity, the court appealed to Webster’s dictionary, ruling, “While neither the statute nor case authority specifically defines the term, the dictionary defines ‘direct’ as meaning, among other things ‘without interruption or diversion,’ and ‘without any intervening agency or step.’” Despite no evidence of prior or current affiliation, the California prison system has thus acknowledged that Furnace’s fate will not be decided empirically, but rather by manipulative word play.

On June 10, 2010, Derick Lovings, a prisoner at Kern Valley State Prison (KVSP), was subjected to what he believed at first to be a routine cell search. “I was told it was a random cell search. However, after speaking with the sergeant I was informed it was for a Bay View magazine.”

According to prisoner reports, prisoners at Corcoran, Chuckawalla, Kern and Pelican Bay state prisons are facing punitive action by prison officials including what’s known as administrative segregation, leading to an unofficial yet effective ban on the Bay View newspaper.

“I was told it was a random cell search. However, after speaking with the sergeant I was informed it was for a Bay View magazine.”

Administrative segregation, or “Ad Seg,” is a process used to isolate prisoners from the general inmate population. Once segregated, prisoners are often placed in solitary confinement, formally called Security Housing Units (SHU). In the SHU, prisoners experience extreme sensory deprivation – a clear form of psychological torture according to mental health experts and prisoner advocates, who continue to castigate the process as inhumane.

It is also well documented that in addition to the psychological effects of such confinement practices, prison guard brutality is not uncommon in the SHU. According to the Prison Law Office, a leading public interest law firm, Corcoran State Prison, one of the institutions implicated in the current ban, gained particular “notoriety for violence, including ‘gladiator fights’ in which prison guards put hostile prisoners on group yards, bet on the resulting fights, and sometimes shot the prisoners involved.”

Stays in the SHU commonly follow what are known as “validations.” Inmates get validated when prison officials decide that the prisoner fits one of their criteria for gang affiliation. Possession of gang-related contraband is one such criterion and according to recent reports from California prisoners, the Bay View is now being compared to white supremacist and other racist propaganda.

What’s the justification for this claim? According to Derick Lovings, prison officials are arguing for the need to uphold standards of objectivity. “Is this some sort of Black Panther paper?” reportedly queried a certain Capt. Flores of KVSP. “You know we don’t allow the white supremacist literature inside.”

Aside from the transparent ignorance of the actual content of the Bay View, what is more disturbing is the obvious assumption that the Black Panthers and, by implication, the Bay View, represent racist opinion. Assuming the Bay View can be likened to white supremacist literature adds validity to Ed Furnace’s claim that the actions of recent California prisons border on libel.

At the very least, it reinforces the understanding, perhaps now simply taken for granted, that behind the walls of the penitentiary, where rights are “more limited,” such absurdities are commonly upheld as instances of objectivity.

Banned by the CDCR

While some prisoners are being punished for possessing copies of the Bay View, others in the California Department of Corrections and Rehabilitation (CDCR) system are having their subscriptions withheld and, in some cases, charging that their outgoing mail is not being sent.

Randall Ellis, a prisoner at Pelican Bay, filed a lawsuit July 6 against the prison for withholding a letter sent to the Bay View back in August 2009. Keith Barnett, a former Corcoran, now at Kern Valley, has not received his subscription to the Bay View since August 2008 despite the papers’ consistent mailing. In February of this year Barnett wrote that he had begun to “believe that the prisoncrats were censoring the publications allowed into the SHU at Corcoran” and suggested the Bay View pursue legal action. 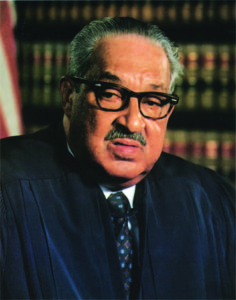 The apparent censorship of the Bay View in California prisons coincides with accounts of another banned periodical, Revolution, the newspaper of the Revolutionary Communist Party, USA. According to Revolution, officials at two California prisons where bans are alleged to be instituted have had little to say. Officials at Pelican Bay have remained silent on the issue except to emphasize that “no ban of Revolution Newspaper is in effect.” Similarly, the assistant warden of Chuckawalla Valley State Prison (CVSP) claims, “Revolution does not have a blanket ban at Chuckawalla.” Both statements do not deny that a prior ban had been in place, merely that they are not instituting one currently. However, Revolution maintains that prisoners, as recently as June, continue to be denied their subscriptions.

Rebellion is printing the Black voice

Regardless of the outcome of his lawsuit against Pelican Bay, Randall Ellis vows to continue to speak out in support of “Blacks’ various struggles in this country and shed light on the false attacks levied against [Blacks] for writing about and studying [their] history.” An admirable task not pursued nearly enough and a call to arms for those who enjoy far greater freedoms.

The Bay View is often the only window to the world for countless Black prisoners. It provides perspective and insight into issues facing the Black community long ignored by the mass and most independent media. Attempts to silence or pacify its content only serve as a reminder that, as Black radical activist Ashanti Alston points out, “The state is inherently oppressive as a mechanism that cannot give, grant, guarantee or preserve freedom.”

Freedom is not a gift or benevolent judicial gesture; it is something fought for by people like California prisoners, enlightened souls with little left to lose. So long as their freedoms are left to the whims of wardens, the Bay View will continue to share their voice and support their struggle. That they’ll likely be denied the freedom to read this article is, in Thurgood Marshall’s words, perhaps the greatest assault on an their “worth and dignity.”

Nick Theodosis is a graduate student in philosophy at San Francisco State University. He can be reached at nmtheo@mail.sfsu.edu

Contribute online by clicking on Support SF BayView near the top left of every page at www.sfbayview.com. Scroll down to the section headed “DONATE” for simple instructions on contributing to the Prisoners Subscription Fund. If you’d like to give a gift subscription to a prisoner you know, scroll down further to the section headed “SUBSCRIBE” to read the easy instructions.