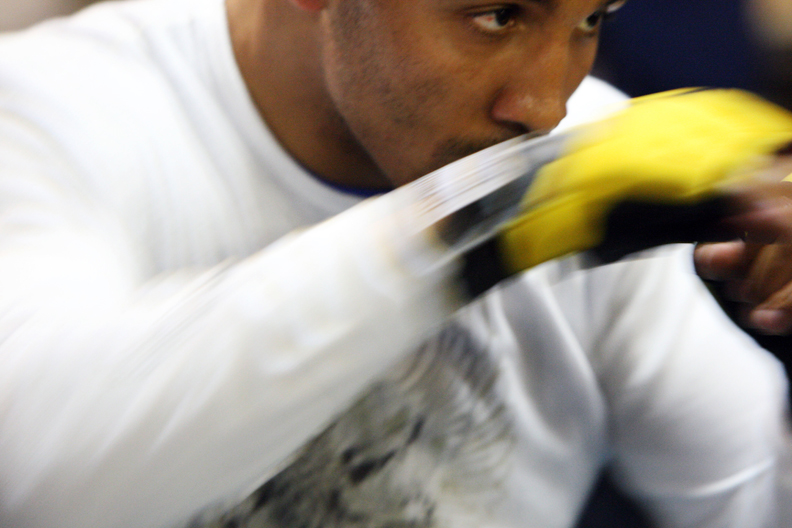 Andre Ward won. Again. He won unanimously and decisively. He won all 12 rounds. His scores were 120-108 across the board, from all three judges.

Green was hospitalized after the fight, so he didn’t make the post-fight press conference.

And Andre Ward? Where is he now?

• He is undefeated in the Super Six Middleweight Boxing Classic Tournament, having won both his Stage 1 and Stage 2 bouts. He leads with a total of 4 points

• He enters Stage 3 as the first boxer to gain a berth as a semi-finalist.

• He is zeroing in on his next WBA title defense and Super Six Boxing Classic fight against 2004 Olympic Bronze Medalist Andre Dirrel on Sept. 25 at a neutral, as yet undisclosed location. 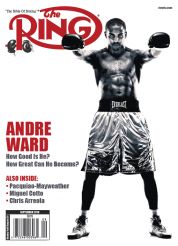 • He is on the front cover of the September issue of The Ring magazine, known as the boxing bible. The issue is on sale now, online and at sports stands.

• He is definitely the man to beat in the race to see who will take it all: who will be crowned the Super Six Middleweight World Boxing champion of the world.

Briefly, and for those who do not know:

The Super Six Middleweight Boxing Classic is a revolutionary idea in boxing competition conceived by Showtime cable TV in 2009, designed specifically for WBA and WBC fighters.

There are three group stages to this competition. Each of six championship fighters has one bout each per group stage, where he can win 3 points for a knockout, 2 for a win and/or 1 for a draw.

These are the current standings in the Super Six World Boxing Classic scoreboard going into Group Stage 3:

At the end of Group Stage 3, the remaining four fighters with the highest scores advance to the semi-finals, then to the finals. The winner will be crowned the world’s best Super Middleweight and take home the trophy.

So what happens to Allan “Sweetness” Green now? This is a significant question because he and Andre Ward will be fighting on the same Sept. 25, 2010, evening, albeit worlds apart.

Allan Green is the newest addition to the Super Six World Boxing Classic. Replacing Jermain Taylor as a Super Six contender, Green maintained that he was ignored and should have been one of the original six. I’m not so sure. 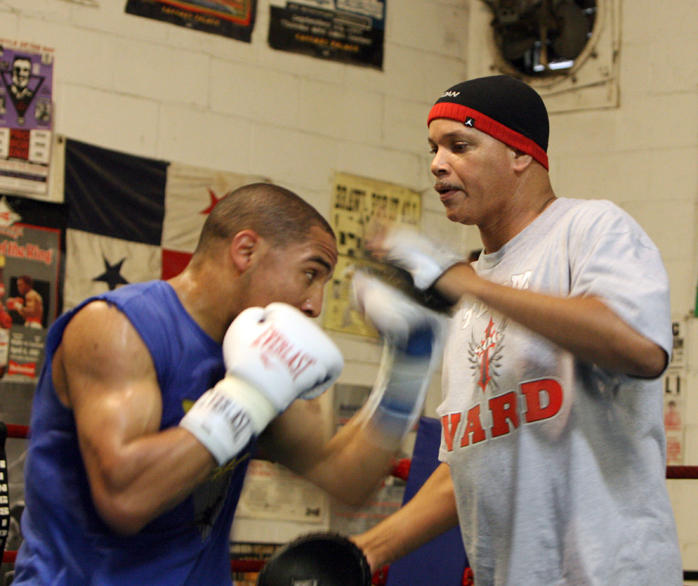 He challenged Andre Ward in his first and only Super Six match. His goal was to win the bout and to take Ward’s WBA title belt.

It would have been a tall order for anyone.

When he tried (to think, that is), he thought his fluency in “jive” would get him through a tough fight with the man known as Son of God. Mr. Green thought he would be instantly catapulted into WBA title history.

Well, he probably would have been – if he’d won. But he didn’t.

He lost. Decisively. His excuse was that he was tired in the ring and that his legs felt like mud.

The boxing world listened as Mr. Green kept saying that the reason Mikkel Kessler lost to Andre Ward was because Kessler, being from Europe, spoke English very well, but didn’t speak “jive.” Green contended that he spoke “jive” very well and that this ability would help him win the day on fight night, June 19, 2010.

Well, Mr. Green is going to have a chance to test his theory concerning Mr. Kessler when he meets him in battle in Denmark on Sept. 25.

Until then, let’s hope that Allan Green closes his mouth and spends a great deal of time training, studying his prospective opponent and not trying to jive talk himself to victory.

Speaking (very cautiously and only if spoken to) should be the order of the day for him, ‘cause the “jive” talking boxing mojo is so not working!

Mr. Green was a bit terse and edgy in his first Super Six pre-fight press conference, contending that anyone trying to dissect him better come with “a hell of a scalpel,” because he’s a “pure boxer,” who “knows how to box.”

After the press conference, though, I thought Green might be dreaming.

After the fight, I knew that he was.

With his second fight in the offing, I still think he is.

And Andre Ward? He was his usual calm, focused, occasionally smiling, serious and collected self. He quoted the immortal basketball Hall of Famer John Wooden as he addressed the standing room only press conference at the Oracle. 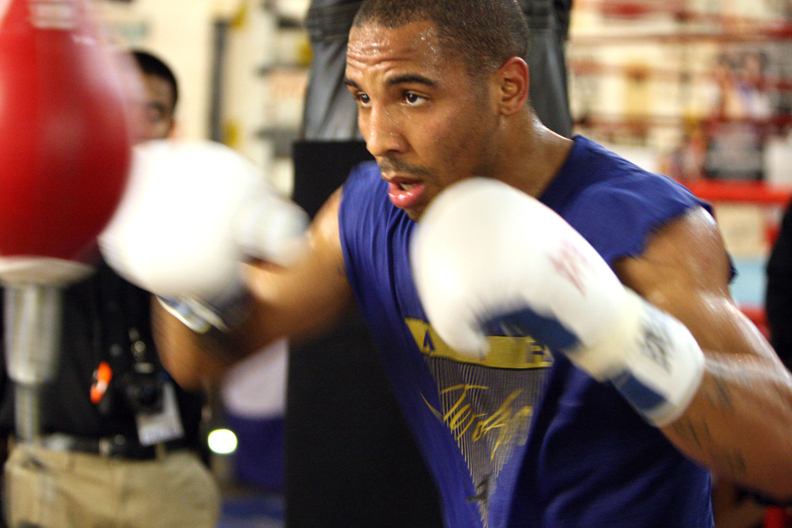 So it was that the Oakland public got a chance to evaluate just who was jiving whom, as Dre calmly said: “You know, I don’t let the praises of the people or the criticism get to me. Because it’s a weakness to get caught up in either one.”

I was there. I heard him say this.

One notices that Mr. Ward doesn’t involve himself in trash talking his opponents. He takes the negativity and the criticism – and the compliments – and uses them as fuel to drive himself harder and to become more accomplished at his chosen craft.

He has goals and objectives and is known for doing precisely what he says he’s going to do.

At no time did this sound like “jive.” If I hear him repeat this, it still won’t. In fact, this sounds like a very serious young man about to reach out and touch another pinnacle of fame and make it his own.

Of the entire press conference, the words of Virgil Hunter, Andre Ward’s trainer, met Green’s “jive” pretensions and left them dissected and filleted: “The talk is over and we can get down to the grit of it. In my opinion you’re not the champ until you retire the champ. You have to be able to hold on to the title and that’s where our mind set is.

“Allan Green is not taken lightly. His flaws – we’ve identified them. His strengths – we have identified them too. A lot has been said about what comes out of his hands, but if you look at his record, we have the better knockout percentage.

This was real talk.

Even realer because that is precisely what happened. 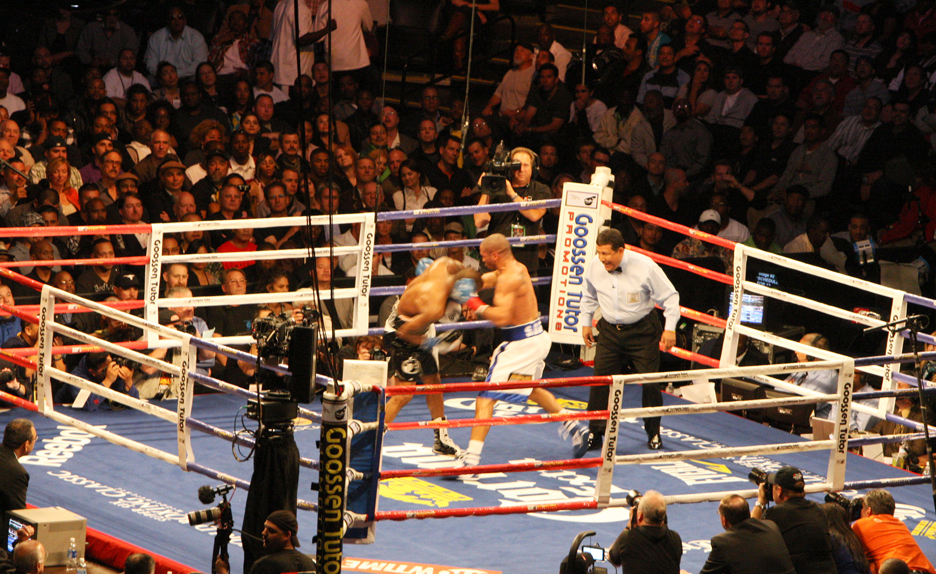 One wonders if he is a legend in his own mind …

Andre Ward, on the other hand, is a fighter with “a lot of desire and a lot of passion” in him. He insisted that fight night on June 19 was going to be “a whole lot of fun,” if Allan Green wanted to take his title belt as badly as he wanted to keep it.

This didn’t sound like jive to anyone – except possibly Allan Green.

Dre must have been terribly bored that night, because Mr. Green certainly didn’t act like he wanted the WBA Middleweight title belt all that much.

But then – Allan Green was asleep. He proved this in the fight. It was the first time that an Oklahoman has been involved in a world championship fight – asleep.

The only thing he proved successfully is that nothing comes to a sleeper but a dream.

And, oddly enough, during the entire post-fight press conference on June 19, the word “jive” was not heard one single time.

In fact, it hasn’t been heard in this particular tournament since. This is a good thing.

Allan Green needs to put all excuses aside and be prepared for war with a very tough and determined Mikkel Kessler, who can and will try to hurt him if he isn’t prepared. A Mikkel Kessler who tends to fight – and win – most of his fights in Denmark.

Mr. Green had certainly better wake up and recognize that he is fighting for his career and for his Super Six Middleweight boxing life.

For we can be certain that, friendship aside, Andre Ward and Andre Dirrell will be fighting a vicious battle on Sept. 25 with their eyes wide open.

And that ain’t no jive.

Malaika H. Kambon is a freelance photojournalist-athlete, an MA candidate in Interdisciplinary Studies at SFSU and a three time AAU National Champion in Tae Kwon Do (2007, 2009, 2010). She can be reached at kambonrb@pacbell.net.