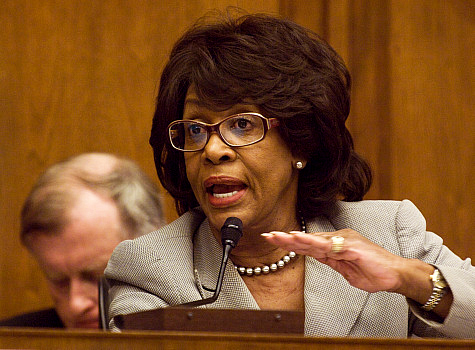 (NNPA) – It was a very proud moment in the career of Nancy Pelosi, a child of a Baltimore, Maryland, mayor and the wife of a millionaire wheeler dealer. Here she was bringing down the gavel on the U.S. House of Representatives and calling it to order as the first female Speaker of the House. In setting her platform, she concentrated on corruption of all things. How do you police corruption in a chamber of politicians? It is very hard to do, in fact, impossible.

You just have to deal with it as it emerges. There are too many backroom deals, too much cigar smoking, lobbying and bartering to prohibit some of the body from going over the line. Corruption is a byproduct of politics and ruling the masses. So when the new Speaker said she was going to “drain the swamp of corruption,” we all laughed.

The problem was she wasn’t talking about corruption per se, just some of it. Let’s say, the “colored” portion. She planned to go after a few members from the Black side to set the example and cause less damage to the base, as Black folks are going to vote Democratic come hell or high water.

The biggest reason for that could be the new head of the Office of Congressional Ethics. It is none other than the infamous Porter Goss. Porter Goss is an old CIA hack who later became a congressman. His tenure with the CIA goes back to the Bay of Pigs fiasco in the early years of the Castro Cuban Revolution.

Things really came to a head when Honorable Maxine Waters and the late Juanita Miller McDonald, both California Democrats, alleged that crack cocaine infiltration into the United States started in Los Angeles with the assistance and blessings of the CIA. The proof is evident and clear but the investigation was in the hands of the House Intelligence Committee, which was chaired by none other than the retired CIA hack Porter Goss.

This confrontation was fierce. But, like the assassinations of John F. Kennedy, Dr. Martin Luther King Jr. and others, the American public was left with no closure. We know the deed but the perpetrators walked clean. No justice then and now we have the “fox” watching the “hen house.” Eight investigations and all Black suspects with Porter Goss in charge – what else would we expect? 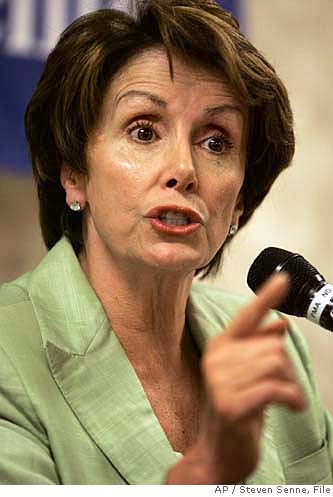 Just how Porter Goss can oversee the investigation of Congresswoman Maxine Waters in light of the above is way beyond my imagination. He should have recused himself immediately but no, he is knee deep in it and it just isn’t fair or proper. Is Nancy Pelosi in on this political hit as well? It makes us wonder, doesn’t it?

Maybe it could be that Congresswoman Maxine Waters passed a brilliant piece of legislation that will set up technical assistance offices for minority and women business owners in matters dealing with financial agencies such as Treasury, FDIC and Comptroller of the Currency. Did this set them off?

She stepped up in the fashion of Adam Clayton Powell and Parren J. Mitchell. Could this be the lesson they want to show other Black leaders who might think of doing something for their people? In any event, it stinks and stinks be damned.

The Honorable Charles Rangel is a documented, bona fide American hero. They now want to take him to the “cross” for loose books and things like a plane ticket one of my friends bought him to come and speak at an organized meeting. Meanwhile, Pelosi with her family and others are flying in corporate jets all around the world with impunity and no fear of questioning.

People, there is “trouble in River City” (D.C.) and we need to rise up and protest it. When they knock down our elected officials, it wounds democracy and all that it stands for.

Former convicted Congressmen Rostenkowski, Traficant, Cunningham and others did horrendous crimes. To link our elected officials who may have failed to cross their “t’s” or dot their “i’s” is way over the top. It sends out the wrong message to our youth who may one day want to lead and run for office.

It also says that white folks don’t commit crimes – they are only done by Blacks – and that is just a lie.

There is no organization larger than the Congressional chambers of the U.S. Senate and House of Representatives where so many millionaires coalesce and become richer even though they don’t work, just make law. However, the lowest economic rung of the congressional ladder is that of its Black members. It is there where they want to keep us.

Harry C. Alford is co-founder, president and CEO of the National Black Chamber of Commerce®, www.nationalbcc.org. Contact him at halford@nationalbcc.org.