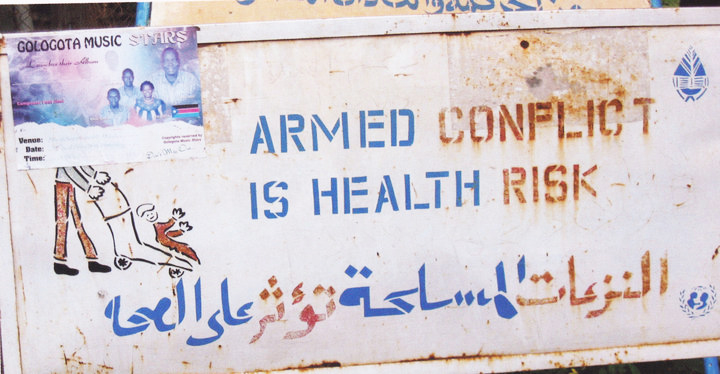 “Violence is now so pervasive it can no longer be usefully viewed as only a problem of desperate acts by individual offenders.” – C. Everett Koop, M.D., The Surgeon General’s Workshop on Violence and Public Health, 1985

“The purpose of this issue is to define violence as a medical as well as social problem which is capable of being studied and prevented through a scientific process.” – Yolanda C. Haywood, M.D., guest editor, Emergency Medicine Clinics of North America

Hellish heat and horrendous human conflict! The months of January through June of 2010 went on record as the hottest six month period in the history of the earth. Wildfires raged in California, earthquakes trembled the earth, monsoons ravaged Pakistan and the menacing specter of world war looms imminently in the Middle East.

Mass murders in the school and workplace, suicide bombings and emergency evacuations have become such commonplace events they invite complacency and lack of empathy for the thousands killed daily around the globe.

In the article “The Dog Days of Summer,” I presented geological and sociological proof of my conviction that heat is a potent trigger of human violence. Epidemiological trends support an increase in warfare and interpersonal violence linked to global warming. Over the last 40 years, violence has become an everyday phenomenon, killing over 65 people and injuring over 6,000 in the U.S. each day.

Homicide is the number one cause of death among males aged 15 to 24 years in the U.S. For African American males, the rate is nine times that of young whites. The homicide rate for young Black men increased 293 percent from 1985 to 1995, signaling an increasing arrest rate for violent crimes in the U.S. perpetrated by juveniles and young adults.

Homicide is the number one cause of death among males aged 15 to 24 years in the U.S. For African American males, the rate is nine times that of young whites.

Summer violence is a well documented social phenomenon among inner city youth. Adolescents are victims, perpetrators and witnesses of violent acts in the home, at school and on the streets. Youth violence is a dynamic, destructive and repercussive process. According to a review on violence published in Academic Medicine, a national survey of 2,000 children aged 10 to 16 years showed 25 percent had been victims of violence in the past year. Among urban 11th graders, 43 percent stated they had easy access to a gun.

Heat is one of the most potent and dangerous environmental toxins. Its direct and secondary effects can be irreversibly damaging to human metabolism. Heat causes central nervous system irritability and depression. Like boiling an egg, heat denatures proteins in the human body. The earliest effects of heat are seen in central nervous system function and behavior.

The threat of increasing violent crime during the summer months once inspired the creation of successful summer job programs and year-round schools open until late at night. President Obama announced support this week for extending the school year throughout the summer months.

The recessionary economy led to reduced funding of youth recreation and jobs programs and contributes to national trends in increasing youth mayhem, violence and property damage. In the words of Joe Brooks, a vice president of Oakland’s Policy Link in a recent Maynard Institute report on the media over-reporting of minority violence, “This link between crime and unemployment has become a pernicious cycle.”

According to the California Labor Department, Oakland’s 17.2 percent unemployment rate is the highest in the state. Oakland boasts one of the nation’s highest incidences of violent crime.

According to James L. Scott, M.D., “Violence threatens or denies not only the health of those who are directly affected but diminishes the human process.” Scott joins emergency physicians around the country in declaring: “Our first priority is always the individual patient’s care; but in the case of the victim of a violent act, the patient’s problem is reflective of a larger societal ill. In caring for these patients, we have the opportunity to practice community medicine in its purest form.”

“Violence threatens or denies not only the health of those who are directly affected but diminishes the human process.”

In 1985 Surgeon General C. Everett Koop organized a workshop on violence and public health, largely in response to the recognition that solving the problem of violence is beyond the scope of law enforcement.

When is a victim of violence not a victim? The answer: when the victim becomes the perpetrator. According to mental health experts, the psychology of violent victimization is not confined to one sex and serves as a revolving door from the emergency department to the county jail for the “victim perpetrator.” 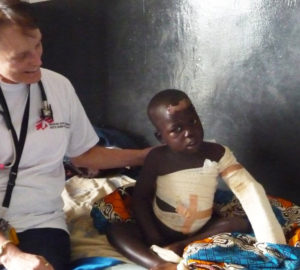 Battered male childen and adolescents and adult male survivors of torture or combat show the same psychological profile as victims. In my 2007 SF Bay View article “Wounds of the Heart and Mind,” I explore urban post-traumatic stress disorder (PTSD) and the psychological profile of the urban combat veteran – Achilles in the hood!

According to the National Child Traumatic Stress Network complex trauma in children and adolescents is the experience of multiple traumatic events that occur within the caregiving system that is normally the source of safety and stability in a child’s life. These include maltreatment, emotional abuse and neglect, sexual abuse, physical abuse and witnessing domestic violence – events that begin in early childhood and are often recurrent.

Domestic violence presents a cluster of mental health symptoms expressed as acute stress disorder (ASD) and PTSD; however, 95 percent of adult victims of family violence who suffer serious physical and psychological consequences are female. For adolescent girls exposed to violence at home, it may mark the beginning of acceptance of threats and violence from boyfriends who control them through this behavior.

Traumatic experiences that embody the threat of serious injury or harm arouse feelings of helplessness, fear or horror. Symptom clusters include intrusive symptoms like “flashbacks,” preoccupation with the trauma, triggered recollection and re-experiencing, nightmares and physical arousal when reminded of the event. Symptoms of emotional “numbing,” including loss of normal emotion, avoidance and feeling different or estranged from others, are reported.

Finally, symptoms of autonomic arousal including disturbances in sleep, irritability, hypervigilance, heightened startle response and impairments in concentration can be disabling. Acute stress disorders include symptoms of dissociation, amnesia or derealization.

Dissociation is a psychological adaptation allowing the victim to induce a trance state to manage the unbearable effects of severe trauma. According to Julia B. Frank, M.D., “Severely abused people can slip in and out of trance involuntarily with minimal provocation.”

The fundamental insult to the young brain is evident in the neurobiological response to chronic stress and trauma. Alterations in key neural systems involved in the stress response occur. The brain is in a chronic state of fear related activation. This fear related activation includes hypervigilance, increased muscle tone, focus on threat related cues, anxiety and behavioral impulsivity.