The following are excerpts from a speech given by the Hon. Cynthia McKinney, former U.S. Congresswoman, at an event sponsored by the Pakistani American National Alliance (PANA). Since this speech was delivered, Dr. Aafia Siddiqui, 38, a Pakistani neuroscientist trained in the U.S. at MIT and Brandeis, was sentenced by a U.S. court on Sept. 23 to 86 years in prison for allegedly having shot at but missed two U.S. soldiers, though she herself was shot twice in the abdomen. She denies the charges. She is believed to have been held secretly by the U.S. for five years before that, from 2003 to 2008, much of the time at the U.S. base in Bagram, Afghanistan, where, witnesses say, her cries of agony as she was tortured were so haunting that prisoners went on a hunger strike in protest. Now that she has been convicted, repatriation can occur only pursuant to a prisoner transfer treaty, and no such treaty is currently in force between the U.S. and Pakistan. Nevertheless, her family vows to launch a movement of her millions of supporters around the world to win her freedom. As huge protests broke out in cities across Pakistan on Sept. 24, the government announced it would petition the U.S. for her repatriation on humanitarian grounds. 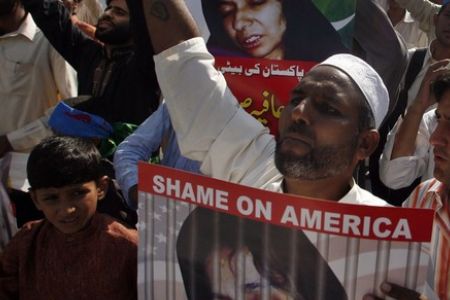 Thank you to all of you for being here this evening for this very important meeting. …

Our mission is grounded in our deep commitment to human dignity. We are here because we respect the humanity of every person on this planet and we hope, through our good works, to inspire policies from governments that also reflect that respect for human dignity.

We are also aware that we can only reach our aspirations if we rely on truth and embody justice tempered with compassion. And so it is for this reason that we find ourselves assembled here this evening: to assert the truth and request of the Obama and Zardari administrations a commitment to justice with compassion.

In that regard, I am humbled to be with you now and to have been asked by the Pakistani American National Alliance to travel to Pakistan at this very trying time in the life of that country. (McKinney’s visa was denied without explanation by Pakistani authorities. – ed.) 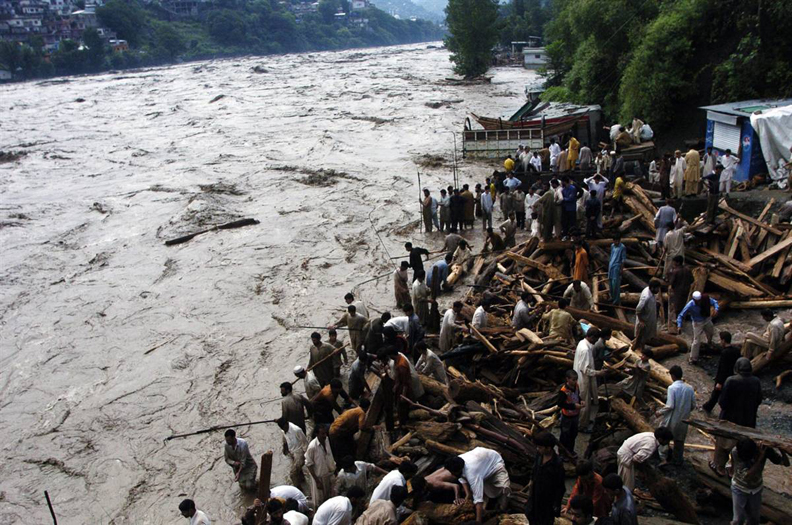 No American can know of the terrible devastation being visited upon Pakistan today as a result of cataclysmic flooding and not be moved. However, … five years ago to this day, our own country was mired in an embarrassing calamity, resulting from a levee system that failed to protect the precious city of New Orleans after two hurricanes had completely devastated Gulf of Mexico cities and towns throughout Mississippi, Alabama, Texas and Florida.

I visited those towns, I heard from the mayors and elected leaders and I did my best to help the people. But the world saw one of America’s best kept secrets: While the United States is a world leader, the people of the United States also need the rest of the world. In the midst of extreme misfortune, we saw differences put aside and the world respond to our need.

Sadly, today Pakistan faces a similar challenge of almost unimaginable proportions. I have seen the photos, eerily reminiscent of what we saw in the aftermath of Hurricanes Katrina and Rita; I have heard the pleas from my friends inside Pakistan. Every Pakistani I know, no matter where they might currently be in the world, is working to come to the aid of their countrymen. And the numbers are staggering: 20 million people face devastating loss and reportedly one fifth of Pakistan is under water. But I am pleased to read that, again, the world is responding. 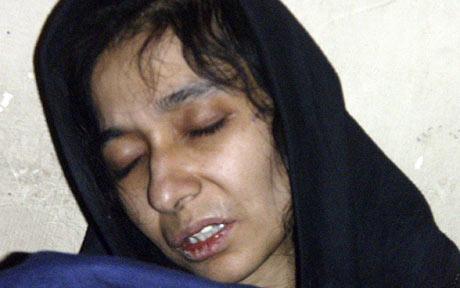 And it is within this vein that I would like to broach another item requiring our compassionate review: the matter of Dr. Aafia Siddiqui. … (A)n M.I.T. undergraduate and Brandeis Ph.D. … who spent her time researching ways to improve child behavior, (she) was recently found guilty in New York City of coming from behind a curtain that hid her, after having been detained in Afghanistan for “suspicious behavior” outside an Afghan governor’s office, stealing a U.S. soldier’s M-4 rifle, shouting “Allah Akbar” among other things and firing the rifle at but missing and then assaulting a U.S. military team and others there to interview her about the charges. Dr. Siddiqui was outside the governor’s office with her teenaged son. 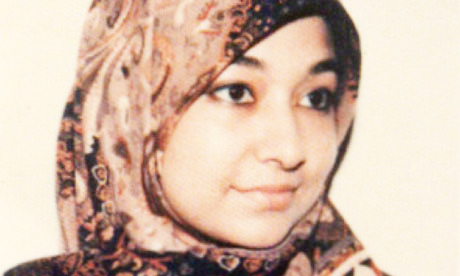 How did Dr. Siddiqui, a U.S.-educated scientist, find herself in this predicament?

For starters, after irreconcilable differences, she and her husband divorced; her ex-husband then reportedly assisted the Pakistani government in nabbing her after Khalid Sheikh Mohammed named her as an al-Qaeda operative after he had been waterboarded 183 times. After that, Siddiqui and her three children went missing for five years, from 2003 to 2008, only to resurface, along with her son, at the U.S. Air Force Base in Bagram, Afghanistan, where she was being held after the suspicious behavior outside of the governor’s residence. 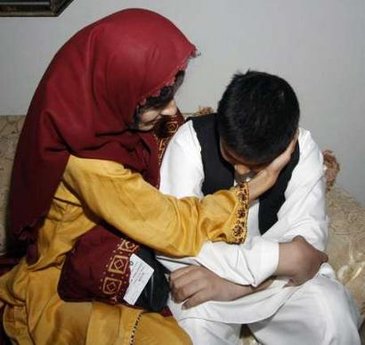 Her son was returned to Pakistan by Afghanistan in 2008. But that didn’t resolve the matter of her two other missing children: a son and a daughter. Mysteriously, in April of this year, an unidentified young girl appeared at a house in Karachi accompanied by an American that the child called, “Uncle John.” This child later proved to be Dr. Siddiqui’s missing daughter.

That leaves now only the matter of Dr. Siddiqui’s son, still missing, who was just a baby at the time of his and his mother’s disappearance. Now, there are reports that Dr. Siddiqui’s youngest child was killed at the time of her abduction. No one knows. At any rate, the two children are in Karachi in the loving care of their family members while their mother awaits sentencing, expected to occur on Sept. 23 in New York City.

Now, I recount most of this story to you who are here and I know that you already know far more details because you have been following this drama for years now. But sadly, the American people are fed a media diet of Paris Hilton cocaine busts and celebratory slaps on the back for an announced U.S. end to combat in Iraq while the real news of true unemployment figures, our failing education system, our failing justice system, our failed immigration policy, failed safe food policy combined with fewer and fewer real political options for U.S. voters, coupled with rising racial, ethnic and religious strife in this country, go underreported.

I first became aware of the plight of Dr. Siddiqui through another of our beleaguered sisters, attorney Lynne Stewart, who sits now in prison for providing legal representation to someone accused and later found guilty of terrorism. It was Stewart’s support committee that first alerted me to the plight of Dr. Siddiqui. Then, more and more messages came into my email box from people I either knew or had heard of and then finally I took the time to read the complaint against Dr. Siddiqui and began to realize just how curious this case really was.

I understand that members of the British and Pakistani Parliaments have written to President Obama asking that Dr. Siddiqui be returned to Pakistan where her loving family and an intensely interested population follow every item about her fate and await her return. 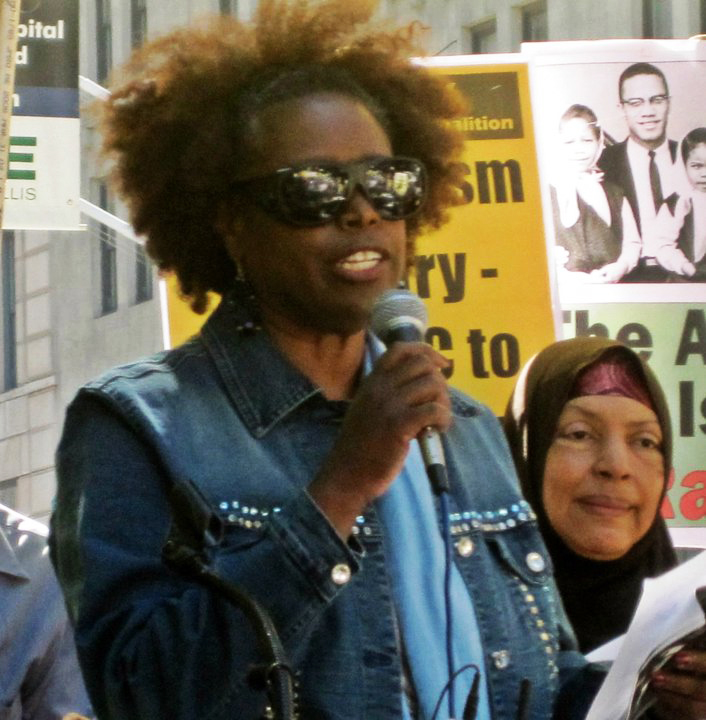 Today, I have sent a message to the White House, State Department and to the Justice Department asking that Dr. Siddiqui be repatriated to Pakistan so that she can serve her term in prison at home, close to her children. This is something that can be done and I believe that, particularly now, during the high holy days of Ramadan and at a time when Dr. Siddiqui’s long lost returned daughter is sharing her first fast with her family, this is a particularly compassionate thing that our government can do.

As the U.S.-Pakistani relationship rocks from the latest mistreatment yesterday at Dulles Airport of a visiting Pakistani military delegation, and the country seems purposely embroiled in the discussion of a local land use and zoning issue in New York City, I believe that this compassionate act by the Obama Administration would go a long way toward improving U.S.-Pakistan relations. Additionally, a human rights-human dignity-based U.S. foreign policy would certainly improve the safety and security of Americans as we travel around the world.

Finally, there was a time when we were looked up to and loved around the world. We served as a beacon of what was possible and to the global community, we were considered something good about the world. Too much of our goodwill has been squandered and in many places the United States is no longer accepted.

Glen Beck’s rally (on 9/11) was intended to restore our country’s honor. I envision the day when our policies move us, honorably, back to acceptance and even affection. I hope that President Obama will utilize this moment and allow Dr. Siddiqui to go home. 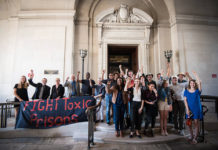