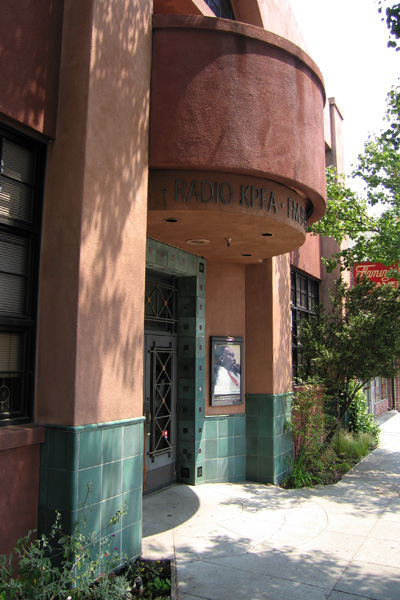 No, this isn’t a plea for donations, although the crisis is monetary. It is for your involvement and vote for KPFA’s board which needs to turn around KPFA’s financial difficulties … or not. The San Francisco Bay Area is where most KPFA listener-members and, therefore, voters, live.

This week KPFA borrowed money from Pacifica, the foundation that owns it and Pacifica’s other four stations, to meet payroll. KPFA’s board helped get us into this mess and now the board needs to get us out.

For three of the not quite four years I’ve been on the KPFA board, the majority came from one political party. Literally. A faction within the Democratic Party has always formed the Concerned Listeners, KPFA Forward and now Save KPFA slates. During their years in the majority, this group supported budgets with hundred-thousand-dollar annual deficits and hired management staff that ran through all the donations every year plus a $1 million cash reserve.

This year Independents for Community Radio has the majority on the board by only one vote. (Full disclosure: I ran with them for successful re-election last year.) ICR has managed to get a number of important changes in place, but if we don’t continue to have a majority on the KPFA board, all could be lost. Literally.

To put this in context, KPFA is one of the few community stations with an elected board. For example, KQED, where I also served two terms, got rid of elections in 2006. Our mission is to generate and support local, hard-hitting, radical journalism and prioritize coverage of and collaboration with underrepresented Bay Area communities that have little access to other media. Volunteers produce about 75 percent of the programs heard on KPFA.

In my first three board years, a general manager with no other radio experience was hired and a donation from an estate for $375,000 was “forgotten” and not deposited. It was reported to the board by management as being in a specific bank account. An auditor uncovered that it was not there.

The unpaid staff organization was derecognized and collaborative decision-making on programming between staff and listeners via the Program Council was dropped. The council had successfully created new programming for a number of years.

Then police were called because a volunteer was at the station whose daughter used office equipment without permission. Equipment wasn’t damaged, but the volunteer was beaten by the police and has permanent physical damage as a result of the incident.

Paid on-air programmers and management staffing was rearranged to the benefit of those supporting the Concerned Listeners/Save KPFA slate on the board and new paid programs added as well. Costs increased significantly and this at the same time Pacifica told KPFA it needed to cut expenses.

I could go on and on.

With our board majority this year, Independents for Community Radio (ICR) worked with Pacifica to get the donation check replaced. It took eight months and while the funds were recovered, they are now in a trustee’s hands to “monitor” for us with use restrictions. ICR has reinstated the unpaid staff organization so the majority of the programmers have representation within the station. Charges against the unpaid staffer who was beaten have been dropped [though she’s received no apology nor any compensation – ed.]. ICR also recently reformed the Program Council.

Unfortunately, other staffing remains the same and we are about to enter a new fiscal year without staff providing a budget for the board to review. With one exception, all the KPFA management positions are vacant, filled by interim people, and in the hands of those who created the problems. So ICR and Pacifica need more time to get the problems at KPFA under control. It’s that simple.

The two main slates in the election represent different interests. Those who got us into trouble were called Concerned Listeners and now go by the name Save KPFA, originally the name of another group with totally different beliefs. Concerned Listeners/Save KPFA are mostly Caucasian, male and over 60. Between their present members on the board and those running, they include two brothers, a brother and sister, a husband and wife, and two employees of present board members. Diversity?

Independents for Community Radio has 70 percent women and 70 percent people of color running, and all ages are represented with the majority under 50. I was on the steering committee of the original Save KPFA in the ‘90s during the period when staff was locked out of the station by management and thousands of demonstrators were on the streets. The folks using that name today were not involved.

Please cast your vote right away. Ballots must be RECEIVED at KPFA by Thursday, Sept. 30. If you can’t find your ballot, contact KPFA Local Election Supervisor Oriana Saportas at (510) 250-2471 or les_kpfa@pacifica.org.

Sasha Futran is a member of the KPFA board and Independents for Community Radio. A former journalist and media commentator, she was also a member of the KQED elected board. She now trains dogs and their people, and she can be reached at kpfasasha@yahoo.com.