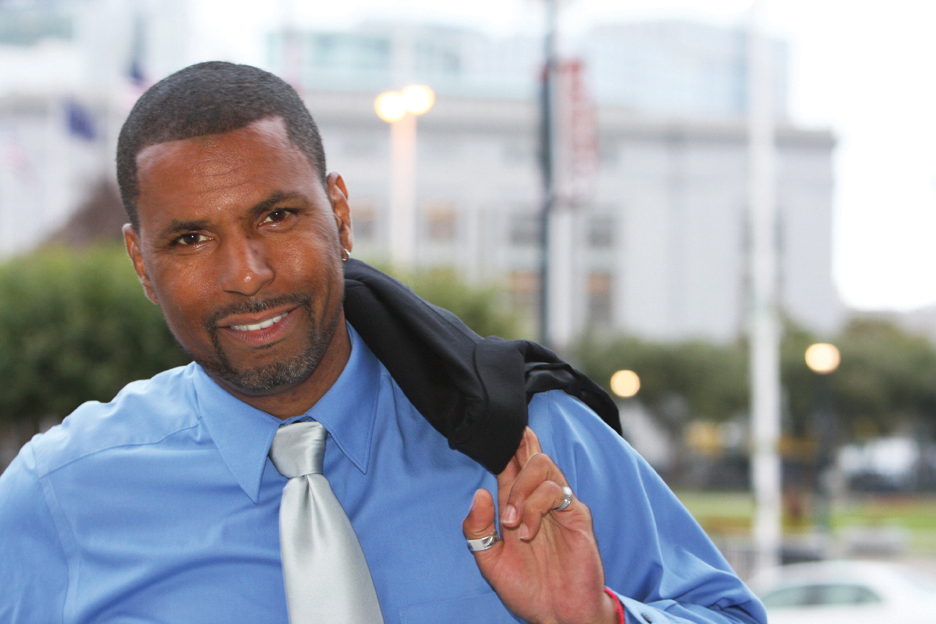 Being born in the Bay Area and living here in San Francisco’s District 6 for over 10 years, I have seen this city go through tremendous changes. I managed the front office for Supervisor Chris Daly, who has endorsed my campaign for Supervisor, for more than three years. As a legislative intern, I worked with Supervisor Daly and his staff to create and advocate for the legislation that came out of his office.

I wrote policy and resolutions for Supervisor Daly and assisted him closely as the Board of Supervisors heard emotional testimony about dust and asbestos at the Hunters Point Shipyard, where the Lennar Corp. – under contract with the Redevelopment Agency – has excavated rock to build a massive condo complex. I also handled all of the constituent issues that came into the office and was able to represent the office on many issues in the district, including mental health issues.

The number of low- and middle-income residents in San Francisco is shrinking as the wealthy population swells, a trend most experts attribute to the city’s exorbitant housing costs. Yet there is a legitimate public policy concern when a city that people have lived in for many years and regard as their home becomes so expensive they can’t afford to live there anymore.

I will work towards placing people into jobs where they can receive on-the-job training while working, for affordable higher education, for single payer healthcare, for a strong and fair labor movement and for progressive immigration reform that will allow low-income residents to become middle-class residents.

Regarding housing, I want to continue the work in this district that has prioritized the construction of affordable housing and the protection of our existing rental housing stock, especially the SRO hotels. I will keep the door of the Supervisor’s office open to community-based organizations and efforts like Housing Justice to continue this work.

As someone who has lived in affordable housing in the Tenderloin, I am passionate about this issue. I also am sensitive to situations where low-income persons and families who receive housing assistance are at risk of losing their benefits. I will work to provide real opportunities for low-income people in hotels to improve their quality of life by moving into better housing. This in turn will allow homeless people to obtain housing.

Regarding health and human services, I will continue the work in this district that has prioritized the funding of services for those most in need. This means fully funding a single standard of care for mental health, substance abuse treatment on demand, adequate homeless services and AIDS/HIV services. Both as the chair of the Mental Health Board and personally, I know the importance of community-based mental health services. Unfortunately, these services are the first to be cut during difficult budget times. I will make it my priority to fully fund these programs.

Pedestrian safety and livable streets means walking conditions that are the backbone of every community’s transportation system. Neighborhoods where walking is an attractive, convenient and safe option are healthier for residents, have fewer cars on the road and have a stronger sense of community. These are also areas that have strong commercial activity. A complete and well-maintained walking network is critical for those who depend the most on walking: the poor, the elderly, the disabled, children and transit users. Increasing the number and share of transportation trips that are accomplished by walking should be a key element of our transportation policy.

As for public safety, car patrol eliminated the neighborhood police officer. Police were pulled off neighborhood beats to fill cars. But motorized patrol – the cornerstone of urban policing – has no effect on crime rates, victimization or public satisfaction. The reality is that the police largely react to crime and there is very little they can do to prevent it. Efforts in recent years to use community oriented policing, problem oriented policing and other strategies to address the conditions that lead to crime are one way that police departments with the resources have responded.

Putting more visible police cars out on the street is politically popular because it makes people feel safer but there’s little reason to believe crime rates are affected. Foot patrols will deter most “low-level” acts from occurring and instill a real sense of security in our neighborhoods. I will work with the SFPD and the community to expand foot patrols throughout San Francisco.

Social justice is a concept that some use to describe the movement towards a socially just world. In this context, social justice is based on the concepts of human rights and equality and involves a greater degree of economic egalitarianism through progressive taxation, income redistribution or even property redistribution. These policies aim to achieve what developmental economists refer to as more equality of opportunity than may currently exist in some societies and to manufacture equality of outcome in cases where incidental inequalities appear in a procedurally just system.