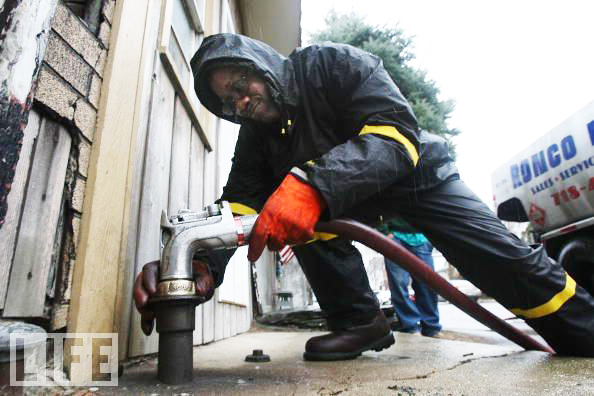 Venezuela is both one of the world’s main producers of oil and one of its most ecologically diverse  countries. While a seeming contradiction, over the last decade Venezuela has been striving to protect its natural environment, better use oil resources to promote sustainable development and work within the international framework to ensure that climate change remains a central topic of discussion requiring concerted efforts from the world’s countries.

But unlike many of the solutions proposed internationally to address the pressing challenge of climate change, Venezuela has been at the forefront of advocating more dramatic reforms. As Venezuela’s President Hugo Chávez stated during the December 2009 Climate Change Conference in Copenhagen, Denmark: “Change the system, not the climate.”

As a country rich in ecological diversity – more than 150,000 plant and animal species can be found in the country – Venezuela is particularly concerned with the long-lasting and irreversible impacts of climate change.

A historic drought in 2009 dramatically affected Venezuela’s hydro-electric capacity – the country relies on water for over 70 percent of its generation of electricity – and highlighted how climate change, if not stopped, can have severe effects throughout the world.

Venezuela recognizes the global scientific consensus that climate change is occurring and that more than 70 percent of it is caused by the concentrations of CO2 in the atmosphere, 56.6 percent pertaining to the use of fossil fuels (coal, oil and gas) in the production of energy (25.9 percent), industry (19.4 percent) and transport (13.1 percent).

However, Venezuela also believes that the increased concentration of greenhouse gases is a consequence of a resource-heavy development model, and not just the cause of climate change. For Venezuela, the cause of the world’s changing climate is closely linked to the current development model that favors the interests of big capital and unchecked growth at the expense of equitable development and ecological balance.

Shortly after President Chávez took office, a new constitution (1999) was written and publicly endorsed that supports the principles of poverty eradication, environmental protection and the people’s participation in Venezuela’s democracy and development. It also states that sustainable development is the path that the country will adopt in its development plans, stressing the rational use of natural resources in order to ensure equilibrium with the natural ecosystem.

For Venezuela, the cause of the world’s changing climate is closely linked to the current development model that favors the interests of big capital and unchecked growth at the expense of equitable development and ecological balance.

Based on these constitutional principles, the concept and practice of sustainable development has deepened in Venezuela. For the Bolivarian Revolution, the solution to the environmental crisis is to move from a consumerist, industrial and individualistic society that sacrifices the environment to one that is socially just and ecologically sustainable.

Venezuela has taken a number of steps to meet its constitutional obligations for the promotion of sustainable development, but two are particularly worth noting.

Tree Mission: The Tree Mission, or Mission Arbol, is an ambitious program started in 2006 with the goal of reforestation, sustainable agro-forestry and the promotion of socio-productive alternatives for the country’s rural population, whose agricultural activities can have damaging impacts on the environment. From 2006 to 2008, over 18,000 hectares were cultivated, 65 percent for protective forest cover, 33 percent for agro-forestry, and 2 percent for industrial and commercial purposes. Over 29,000 people benefited – 40 percent of them women – and $93.3 million was invested.

Efficient Light Bulbs: As part of a plan to lower electricity usage, Venezuela is promoting energy efficiency initiatives. Today more than 100 million incandescent light bulbs have been replaced with fluorescent alternatives. The original goal of replacing 52 million bulbs would translate into a 4.8 percent decrease in electricity consumption in Venezuela. Also, 806 photovoltaic systems have been installed that are generating energy in schools, clinics, cafeterias and security stations in isolated, frontier and indigenous areas. Currently several wind power projects are being developed that will allow for the generation of 30,000 megawatts of power.

Venezuela boasts 47.7 million hectares of a wide variety of forests, representing 5.55 percent of the forests in Latin America and the Caribbean and 1.25 percent of the world. This woodland possesses a significant capacity to absorb more than 30,000 Gigagrams (Gg) of CO2, reflecting the significant importance of Venezuelan forests as agents of climate change mitigation. The Area under Special Management System (ABRAE), which covers 67 percent of the national territory, plays an important role in the conservation, sustainable use and management of the land.

Of course, Venezuela remains a vital producer of oil, a status that might seem at odds with its commitment to attacking the roots of climate change. But over the last decade, Venezuela has worked to better use oil rationally and employ the revenues from its sales for social programs and sustainable development initiatives.

In Venezuela, oil is seen as an instrument of peace and integration that enables the achievement of the national strategy of sustainable development, in keeping with a rational exploitation of this non-renewable natural resource.

In the time period between the years 2001-2008, Petroleos de Venezuela (PDVSA) contributed $53 billion to help fund social missions; infrastructure works such as the construction of roads and other transportation networks; sanitation and environmental protection; food sovereignty, health, education and renewable energy; as well as other productive projects that help diversify the economy of the country.

Important initiatives to guarantee access to energy for low-income countries in the region have also been developed, such as Petrocaribe, which serves the countries of the Caribbean.

The strategy to save the planet

Venezuela’s strategy to adapt to and mitigate climate change is part of the policies to achieve sustainable development. These policies comply with major international guidelines, notably Agenda 21 and the Millennium Development Goals (MDG).

• Promotion of environmental legislation to ensure the preservation and protection of natural heritage;

• Sanitation and control of rivers and watersheds;

• Modernization of the “System for Meteorology and Hydrology”;

• Use of gas alternatives for vehicles and domestic use;

• Promotion of research and environmental education;

• Mass transit projects, such as a national system of railways and trains;

• Promotion of food sovereignty as well as surveillance and environmental control.

As an example of the government’s commitment and ecological scope, in 2007 Venezuela banned the opening of new coal mines in the state of Zulia. Other mining projects that threaten to disrupt indigenous communities and local ecosystems have also been abandoned by the Ministry of People’s Power for the Environment. Amongst those is the 2008 decision to stop gold mining in the Imataca Forest Reserve, one of the largest gold deposits in Latin America. 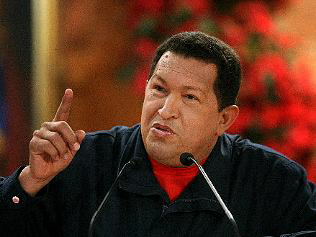 The decision to revoke environmental permits held by the company Gold Reserve Inc. for its project “Las Brisas,” along with the denial of permission to the company Crystallex for the exploitation of “Las Cristinas” reservoir, one of the largest gold deposits in Latin America, are illustrative examples of action by the national government.

In addition to its own national efforts, Venezuela has signed and ratified over 50 international conventions dealing with environmental protection and sustainable development. In 1994, Venezuela ratified the United Nations Framework Convention on Climate Change (UNFCCC) and in 2004 it acceded to the Kyoto Protocol. Since then, it has become an active advocate of the most progressive proposals to combat climate change within the international community.

For Venezuela, the UNFCCC and the Kyoto Protocol represent the current binding legal regime that regulates solutions and cooperation in the field, where mitigation and adaptation must be tailored to the plans and national strategies of each country. This regime also stresses that the commitments to reduce emissions correspond to developed countries with respect to their historical responsibilities and the principle of common but differentiated responsibilities.

Venezuela has signed and ratified over 50 international conventions dealing with environmental protection and sustainable development.

At the XV Conference of the Parties (COP 16) to the UNFCCC in Copenhagen, Denmark, in December 2009, Venezuela, along with the countries of ALBA (the Bolivarian Alliance of Our America), avoided legitimizing the summit’s agreement, which was promoted by highly developed countries and not based on what international working groups had been negotiating for over two years.

In Copenhagen, President Chávez reiterated Venezuela’s position maintained for the last 10 years of negotiation in these meetings: the need for change in the pattern of current production and consumption for another pattern supportive to the environment and dignifying to the human being.

Given the results of the negotiations in Copenhagen, the president of the Plurinational State of Bolivia, Evo Morales, called together the world’s people and policymakers at the Peoples Conference on Climate Change and the Rights of Mother Earth in Cochabamba, Bolivia, in April 2010 in order to contribute to the discussion as a complementary process to the next round of U.N. negotiations to be held in Cancun, Mexico, in late 2010. Venezuela supported this initiative.

At the Cochabamba Summit, more than 30,000 people from 140 countries and 56 governments made their proposals to address the problem of climate change in a participatory manner. During his participation in the conference, President Chávez proposed that the position of the ALBA in Cancun should be aligned with the resulting conclusions of the Cochabamba Summit.

Shortly after the conference, Venezuela, on behalf of the ALBA countries, provided an official report to the U.N. to be considered for the next round of negotiations in Cancun. In the report, Venezuela and the ALBA countries shared their visions on the matter, stating that developed countries must acknowledge their historic responsibilities as major emitters of greenhouse gases.

It also encouraged them to make binding commitments of reducing emissions to a level that would bring the concentrations of greenhouse gases back to 300 ppm, thus limiting the increase in global average temperature to well below 1.5 degrees centigrade.

Venezuela is committed to achieving a fair and ambitious agreement in Cancun that reflects the will of all parties to the convention.