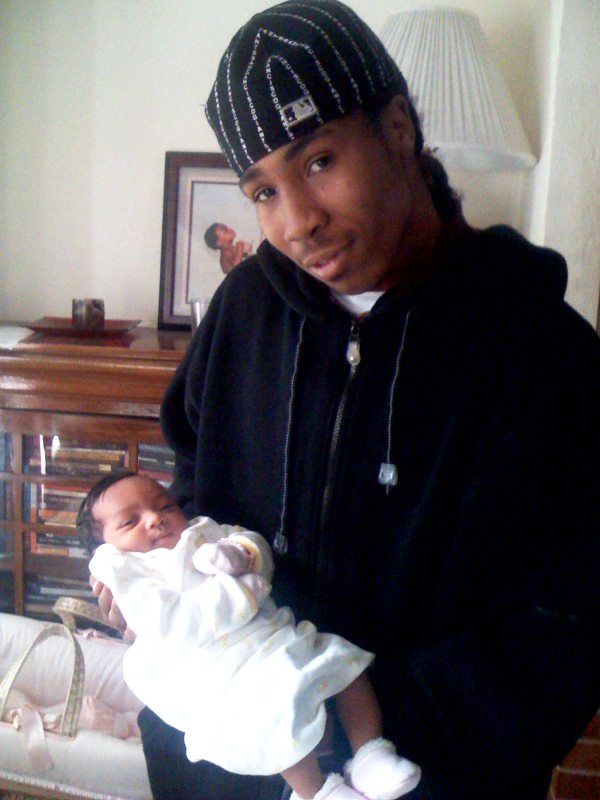 It hurts to see Jelvon Helton simply characterized as a gang member when I am aware of the police reports relied on to make this characterization. Press reports don’t even describe him as a young San Francisco champion who was murdered while celebrating the Giants’ victory. Instead, article after article in the mainstream media simply states that a gang member was killed. I guess this signals the readers to write the news off as not relevant to them as mainstream citizens.

Jelvon Helton was a young man born and raised in San Francisco. Jelvon was shot multiple times in the torso at a bar in the Marina district of San Francisco right before midnight on Nov. 1, 2010, the night the San Francisco Giants won the World Series.

In 1991, I began picking up 4-year-old Jelvon (nicknamed “Pooh Bear” after Winnie the Pooh) and other boys from King Garvey Co-op, monitoring their education and taking them to wrestling practice at Riordan High School. We started a program called the Scholar Development Network. Providing us with some seed money was the Vanguard Foundation, which was funded by Danny Glover, whose brother also lived in King Garvey – the Martin Luther King-Marcus Garvey Cooperative Apartments – at the time.

Jelvon Helton was a star wrestler for the Scholar Wrestling Team. He showed great determination and never gave up. He placed in the State Championships as well as the Western Regional Championships and the National Championships. He had a great attitude and made friends throughout the country. Many wrestlers and coaches across the country still remember Jelvon Helton today. We spent 19 days on the road during that summer trip, travelling over 8,000 miles.

Later that year, on Oct. 30, 1998, after representing San Francisco and California in competitions with the best wrestlers from states across the country, Jelvon had his first contact with police. Before 6 a.m. that morning, three days before election day, a joint task force of more than one hundred federal, state and local officers raided the Martin Luther King-Marcus Garvey Cooperative Apartments.

Jelvon Helton’s family dog, Bosco, was shot by the police during their entrance into his house and then dragged out and shot again. No contraband of any kind was found in the house. Ten-year-old Jelvon Helton testified before the Police Commission about what happened that morning. The City settled a lawsuit against the police action and the matter was swept under the rug.

San Francisco has the worst performance record of any section in the state of California with regard to wrestling. Other than Jelvon and his cousins and the other children, mostly from the Excelsior District that were exposed to wrestling through the Scholar Development Network and the Lockett brothers of Washington High School, children in San Francisco have not been exposed to the sport of wrestling as youth.

By high school, Jelvon had moved on to other sports. He played football for the San Francisco Seahawks for several years and later played basketball for Galileo High School’s All-City Team. In the 2006 championship game against Lowell, Jelvon Helton was put into the game late in the fourth quarter. He promptly hit two three-point baskets on consecutive possessions to put the Galileo Lions ahead of the Lowell Cardinals for good. And Galileo won the City Championship.

Jelvon graduated from Ida B. Wells High School and six days after he turned 18, he was charged with making a terrorist threat against a security officer at the Martin Luther King-Marcus Garvey Cooperative. The matter was investigated and it was found that Jelvon had not threatened the security guard at all, even though the security guard, who was barely older than Jelvon, had attempted to provoke Jelvon by spitting at his feet on the porch of Jelvon’s house and acting very inappropriately. Jelvon had actually maintained the calm as others responded to the young security guard’s insolence.

Nevertheless, even though the security guard was fired for what he had done after it was revealed that he wrote an apology letter that revealed his own illiteracy, the district attorney continued to pursue charges against Jelvon. As it was his only time in jail, his grandmother gathered up whatever money she could and used it to bail Jelvon out of jail. She did not have enough to retain an attorney.

But when Jelvon showed up to court without an attorney, the judge raised the bail beyond the affordability of his family and remanded Jelvon into custody again, forfeiting the bail money his grandmother had already paid. Jelvon’s court appearances were then scheduled weeks apart, wherein he was serving time for charges he was innocent of while waiting to go to court. On the third court date, he was told he could get out that day if he pled guilty to the charges and agreed to a conviction and probation. This plea would hurt him later.

When the City Attorney established a gang injunction in the Western Addition, they were able to put individuals with convictions on the list, independent of any new crime. Jelvon’s conviction on the earlier charges now caused him to be listed on this new gang injunction list. Now he could no longer come into the area of the city which he had lived in since his birth.

Jelvon was arrested one time for passing Martin Luther King-Marcus Garvey Cooperative Apartments as a passenger in a car. But he did not get in any more trouble for the rest of his life. In the last year, he took care of his sick mother and played basketball at Brett Harte Elementary School and participated in the three-on-three summer league tournaments as well as the Midnight Basketball League at Joseph Lee Gymnasium this fall. He was a star player.

Jelvon’s mother, Felicia Willis, lost two sons, Jelvon and his younger brother, Andre, within two years. Andre was found dead in a car in front of the University of San Francisco. His murder was never solved. San Francisco and America needs leadership with regard to helping stop the cycle of violence that affects certain populations more than others.

Jelvon Helton was a giant who will be remembered by his teammates throughout San Francisco and California. San Francisco won the World Series but, in the ensuing celebration, lost a star who had the capacity to help many other children from San Francisco’s inner city neighborhoods grow up and succeed. Jelvon Helton was a San Francisco champion and his life should spur changes in the value that our society places on citizens from different parts of the socioeconomic continuum. Our community must honor, protect and build on his legacy.

Carlos Levexier, proud coach and mentor of Jelvon Helton, is a four-time All City Wrestling Champion and has been inducted into the San Francisco State University Gator Hall of Fame. He can be reached at globallos@yahoo.com.