From the family of Dewayne L. Ewing and Kevin Barnes 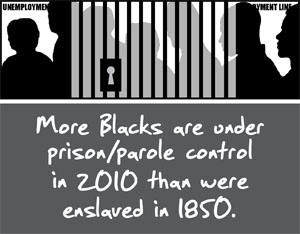 In early January 1994, Dewayne Ewing and a girlfriend had a date in a car in a park in the Oakland Hills. As they left, they disposed of a condom in the bushes.

On Jan. 29, 1994, two Black men accosted a couple in their garage, put them in the trunk of their own car and drove them around trying to withdraw money from several ATM machines. They drove to the same spot where Dewayne Ewing and his girlfriend had been, and the two men raped the woman in the back seat of the car, both men ejaculating. They drove off together, the men got out of the car, and walked away. In her written police report, the rape victim said neither man used a condom. Video taken at the ATM machines revealed the rapists were light skinned and one had a pointed nose.

A day or so after the rape, an Oakland police officer found Dewayne Ewing’s condom in the bushes and stated so in the police report. Lab reports showed that the vaginal fluids on the outside of the condom were so deteriorated they could not be identified. The officer put this condom in the evidence bundle. The police had no leads, so they eventually moved the case to cold case status.

In 2006, police took a sample of Dewayne Ewing’s DNA when he was arrested in another case, although charges were dropped. In May 2007, police matched Dewayne’s DNA sample from 2006 to the condom found in the 1994 rape case. In their request for the warrant, an officer falsely testified the condom was found in the car, not in the bushes, and that vaginal fluid on the outside of the condom matched that of the rape victim. The judge issued the warrant.

The San Leandro police stopped Dewayne Ewing for a (driving while Black) hard to read license plate on May 18, 2007, and subsequently arrested him based on the warrant. His cousin, Kevin Barnes, against whom there’s no evidence at all, was arrested in October 2007. He and Dewayne had been arrested together in Merced on a 1992 charge of “conspiracy to rob” – the charges were dropped – and because they were together in 1992, the police assumed they committed this kidnap rape two years later. Kevin has been in jail ever since. Dewayne was released at first on $540,000 bail, which a judge revoked after a year for no stated reason, and he’s been in jail for the past two years. Both men are dark skinned with broad noses. 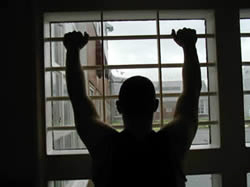 This case has gone three and a half years without a trial. Some of the evidence was used in another case in 2001, and a 2004 police report said the evidence was to be discarded. In 2010 it was found on a shelf and not in the freezer, for who knows how long. Fingerprints found in the car don’t match those of Dewayne and Kevin. Their skin colors, nose shapes, height and weight don’t match the men seen in the ATM videos. Hair samples don’t match. Semen swabbed from the rape victim doesn’t match Dewayne’s semen. ALL THAT MATCHES IS SEMEN IN A CONDOM FOUND IN THE BUSHES NEXT TO THE SCENE OF THE RAPE.

Why are these men in jail?

Don’t let Dewayne and Kevin be convicted on planted and contaminated evidence.

There seems to be a pattern of corruption and conspiracy in the Oakland Police Department and the Alameda County court system with DNA “matching.” Another Black man, Raymond Williams, was arrested for a 1995 DNA rape case in April 2010. His case was dismissed in September 2010. The DA tried to get the judge to continue the case with no witness other than the DA. The victim says she was not raped by Raymond. Many Black men are being arrested who don’t have any felonies on their records – many old cases from the 1990s RIDERS, when the police planted evidence against Black men all over Oakland. 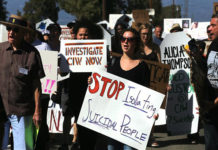