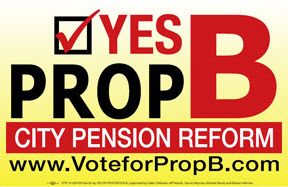 I have worked as a public defender for over 22 years and have served as the city’s elected Public Defender for the past eight years. In my capacity as a public defender, I have represented many residents of the Bayview community and have been involved in the grassroots movement here to improve outcomes for children and young people through BMAGIC, a collaboration of community-based organizations. I have seen and witnessed the devastating impact of poverty and the failures of our institutions, particularly our schools, when it has come to serving the children of Bayview Hunters Point.

I have heard the promises made by politicians over the years to “fix” Bayview Hunters Point. While there have been short term fixes, there has been very little real change. The schools in this community still suffer from lack of funding and resources, the business corridor on Third Street still lacks the infrastructure to provide the community with sustainable long-term economic support, the employment promises to residents have only feebly been fulfilled and the criminal justice system still imprisons youth from District 10 at a rate nearly triple the rate of other parts of the city.

While these social ills cannot be cured overnight, without coordinated and consistent efforts to solve these problems, little change will occur without the resources to make them happen. That is why we must reform government at its core and look at creating institutional change that will actually work to benefit residents.

An important first step in the effort to reform our government is Proposition B. What does city employee pension and benefits reform have to do with improving the quality of live for Bayview residents? Because unless we take steps to reign in our City’s escalating pension and benefits costs, we will see even more drastic cuts in programs that serve our most vulnerable residents, including children and seniors. But even more importantly, we must challenge the assumptions underlying the way things have been done and do things in a new way.

The criminal justice system still imprisons youth from District 10 at a rate nearly triple the rate of other parts of the city. An important first step in the effort to reform our government is Proposition B.

Our pension and benefits crisis, which costs residents nearly $1 billion a year, exemplifies the kind of problem that doesn’t get fixed because our elected representatives are more pre-occupied with being elected rather than doing what’s in the best interest of the people. This is why the supporters of Prop B had to rely on the initiative process to get on the November ballot. The 49,178 people who stepped forward to sign the petition want to make the changes to solve a problem that for years has been ignored. If B passes, this is change you can count on.

The idea that city employees should contribute toward their own guaranteed pensions and health care benefits shouldn’t be controversial. In these economic times, when unemployment is hitting into the double digits and many San Franciscans are losing their homes and jobs, paying towards the generous benefits that are funded by 94 percent of the working families who aren’t employed by the city should be a no-brainer.

Former Mayor Willie L. Brown said it best: “This isn’t anti-labor. This is just an effort to get some intelligence into the pension system because we public officials have screwed up!” Mayor Brown understands the importance of this issue to the future – or lack of a future – of our City and providing basic services to our residents.

But the question Bayview residents should be asking themselves is what’s more important, pensions or schools? After-school programs for kids or pensions? Parks or pensions? Health services for seniors or pensions?

The question Bayview residents should be asking themselves is what’s more important, pensions or schools? After-school programs for kids or pensions? Parks or pensions? Health services for seniors or pensions?

While Prop B doesn’t solve all of our problems, or even address all of our city’s pension debt, it takes an important step forward by saving $120 million a year that can be redirected to the essential services that benefit all San Franciscans. And that’s why we have to act now, so we can live up to our hopes and dreams for our children, who are being unfairly burdened with our city’s unsustainable pension and benefits debt.

Please join me and the San Francisco Bay View newspaper, who endorsed Proposition B, in voting YES on Proposition B tomorrow, Election Day.

Jeff Adachi heads what is widely considered the most effective Public Defender’ Office in the country in defending the rights of people charged with a crime who can’t afford an attorney. Many Black people and other people of color in San Francisco owe him their freedom. Now he’s taken on some of the most powerful political forces in the city with Proposition B, and he’s doing it for the same people he defends in court – the people who are poorest and most oppressed. The SF Bay View salutes Jeff’s courage. We are very grateful and proud that he is fighting so hard for our people. Jeff Adachi, who wrote this commentary exclusively for the Bay View, can be reached at jeff.adachi@sfgov.org. Learn more about Prop B at www.voteforpropb.com. 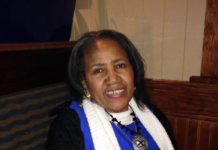