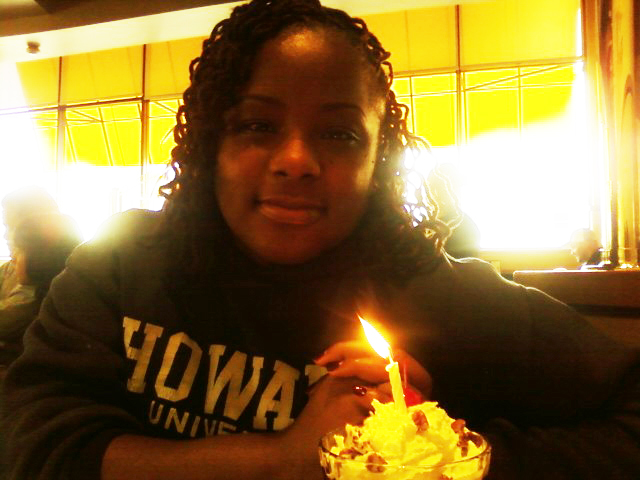 Edna Campbell was faced with a tough decision five years ago when she had to tell her daughter about a possible foreclosure on their house in Hercules. It was during the Christmas holiday break when she broke the news to Burgundie Spears, who was then a college student at Howard University.

“I told her we were probably going to lose the house,” recalled Campbell. “After telling Burgundie, she told me she had a vision to cook and feed 100 people on Christmas day in Richmond. At first, I couldn’t believe what she said. I told her we were about to be homeless, and how are we going to do this? She said we were going to step out on faith.”

The house got foreclosed on, but Campbell and her daughter’s “Christmas in Richmond” fed the 100 people that year, after a letter from Spears to friends, family and neighbors got the ball rolling financially to help support her vision.

Five years later, their efforts at feeding the less fortunate have turned into a yearly effort that has helped to feed and clothe people in Richmond and beyond.

“Our efforts are impacting a lot of people,” said Spears. “We are not a non-profit, but a family that wants to help people.” Added Campbell, “This is a passion for our family.”

“We are passionate for what we are doing in our community. We want to be the change we desire to see.” Last year, Christmas in Richmond fed 600 people in two land sites and two other programs.

This year, Campbell is aiming at serving 700 people at three different land sites and two different programs. The land sites include the North Richmond Senior Center, the Nevin Community Center in Central Richmond and Jefferson Park in Oakland. The two programs Christmas in Richmond will serve this year include Meals on Wheels in Oakland and Richmond, for seniors who cannot come out to a site, and the Adopt a Family program.

This year, Christmas in Richmond adopted 25 individual families that have fallen on hard times due to the economy. They will provide toys for the children of the families, as well as a Christmas dinner.

“There are so many areas and people who need help,” said Spears. “We can’t be a solution to everyone, but we can help people.”

The feeding begins at 11 a.m. and continues to 4 p.m. at the various sites. The food plates they will be serving include turkey, dressing, greens, macaroni and cheese, candied yams, potato salad and green beans. The meals also feature various desserts.

Campbell, a real estate agent with Watermark properties in Richmond, and Spears have self-financed this largely out of their pockets and with some donations from family members and other individuals.

In years past, the Grocery Outlet donated 55 turkeys, the Bay Area Longshoremen’s Memorial Association also has given donations, and Richmond City Councilman Corky Booze has used his resources to help bring donations to the effort.

With Christmas fast approaching, donations and volunteer help are needed, as the needs of people grow as a result of a down economy.

“This year, we need everything, from volunteers to toys to food and clothes,” said Spears. “Every year, we have had faith that we would grow and it has.”

“I believe that the work and heart that is put into this makes it work,” added Campbell. “This is a wonderful thing. I would not have it any other way. As a family, we will continue to do this until God calls us home.”

For donations or information on Christmas in Richmond, you can go to www.xmasinrichmond.com, call (510) 932-6817 or e-mail sburgundie@yahoo.com.