Dec. 15, 2010 – This month the U.S. and the U.N. Security Council must choose: Will they hold accountable major perpetrators of continued atrocities in the Congo or collaborate with them to put the blame on a few guilty but minor scapegoats and some innocent people who are guilty only of challenging the major offenders?

On Dec. 8, several U.S.-Congolese organizations and numerous individuals sent a letter to Congressman David Wu asking Congress to seek justice for the victims of an ongoing holocaust in the Congo and specifically asking that the long-suppressed U.N. “Mapping Report” showing complicity of the current government of Rwanda seriously examined and addressed. ((“Seeking Justice for the Victims: The U.N. mapping report of October 1, 2010 on the Democratic Republic of the Congo.” Letter sent to Congressman David Wu on Dec. 8, 2010, by Africa Faith and Justice Network, Friends of the Congo, Neema Corp., Chicago Congo Coalition and others: http://afjn.org/focus-campaigns/promote-peace-d-r-congo/71-policy-objectives/908-seeking-justice-for-the-victims-un-mapping-exercise-report-of-october-1-2010-on-the-democratic-republic-of-the-congo-ngo-letter-to-congressman-david-wu.html))

Recently, the Dutch legislature and thousands of people in Brussels as well as some officials put Paul Kagame on notice that he cannot escape the consequences of his acts. ((“’The president of Rwanda is a criminal,’ says Paul Rusesabagina. The famous manager of Hôtel des Mille Collines is one of the demonstrators who gathered on Albertina Square in Brussels … President Kagame didn’t hold his announced speech during the European Congress. He left early to Rwanda for more pressing issues. His minister of foreign affairs replaces him and thanks Europe for all the support … Ms. Mushikwabo says: ‘We respect the decision of the Netherlands to stop direct aid for Rwanda. But our relationship with the European Union remains very friendly.’” http://www.rnw.nl/africa/article/europe-stays-true-rwanda))

So far, Paul Kagame, president of Rwanda, has been successful in his efforts to bury reports of his atrocities in the Congo without serious examination. The Security Council agreed not to look further into the “Mapping Exercise Report” and, a few days ago, added several individuals and a small militia to its list of people or organizations to be sanctioned for use of child soldiers. However, implicitly exempted were Uganda and Rwanda from sanctions for this or for any of the other crimes revealed in the report and related abuses reported by others, which continue to this day. ((Agreed Dec. 1, 2010: “(T)hree FDLR leaders and one individual responsible for targeting children in situations of armed conflict, to be added to the list of individuals and entities subject to a worldwide travel ban and asset freeze …” http://ukun.fco.gov.uk/en/news/?view=News&id=286240682))

The U.N. “Mapping Exercise Report,” released only after it had been leaked, makes it clear that the governments of Uganda and Rwanda are implicated in massive atrocities in the Congo continuing long after they invaded the Congo. Yet, Uganda has not been forced to pay the court-mandated financial penalty, and both invaders are given license to continue their incursions on the pretext of hunting down smaller offenders, such as the LRA, FDLR and various “mai mai.” ((International Court of Justice Reports of Judgments, Advisory Opinions and Orders Case Concerning Armed Activities on the Territory of the Congo (Democratic Republic of the Congo v. Uganda) – Judgment of 19 December 2005. Excerpt: “(T)he Republic of Uganda, by the conduct of its armed forces, which committed acts of killing, torture and other forms of inhumane treatment of the Congolese civilian population, destroyed villages and civilian buildings, failed to distinguish between civilian and military targets and to protect the civilian population in fighting with other combatants, trained child soldiers, incited ethnic conflict and failed to take measures to put an end to such conflict; as well as by its failure, as an occupying Power, to take measures to respect and ensure respect for human rights and international humanitarian law in Ituri district, violated its obligations under international human rights law and international humanitarian law…” http://www.icj-cij.org/docket/files/116/10455.pdf)) ((“Oil, African Genocide and the USA’s LRA Excuse,” Dec 6, 2010: “President Obama seemed either unaware or unconcerned about the U.N. Mapping Report, released on October 1st, which documents Ugandan President …” http://www.blackstarnews.com/news/135/ARTICLE/…/2010-12-06.html))

The president of Rwanda, Paul Kagame, reacted to the report with threats and with diversions. He threatened to withdraw “peacekeeping” forces from Sudan if the U.N. report was not disavowed or modified. 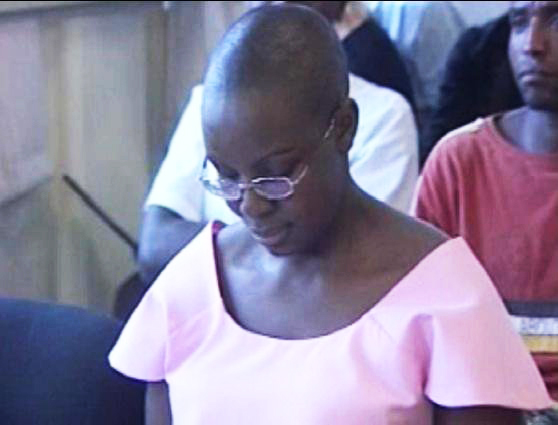 The unsuitability of Rwanda as an instrument of peace and stability in the Great Lakes region of Africa is augmented by its president’s efforts to divert attention from the “Mapping Exercise Report” by imprisoning political opponents absurdly charged with conspiring to renew genocide in Rwanda. Within days of the October “Mapping Report” release, he re-arrested Victoire Ingabire, who had been arrested for “genocide denial” last spring to prevent her standing as a 2010 presidential candidate challenging his re-election. Now, to divert attention from his documented culpability, he jailed her in life-threatening conditions and introduced the more serious charge of conspiring to overthrow his government by force and perpetuate genocide, naming a bizarre set of co-conspirators. ((“Rwandan opposition leader Victoire Ingabire arrested”: “Rwandan government security operatives surrounding her home in Rwanda’s capital, Kigali, had been replaced by police with firearms, and that six of them were visible from inside. Others reported that there were Rwandan troops in her neighborhood and that shops had been ordered to close.” http://sfbayview.com/2010/rwandan-opposition-leader-victoire-ingabire-arrested/, “Ingabire trial: Rwanda prosecution fails ‘evidence test’” http://rwandinfo.com/eng/tag/martin-ngoga/)) 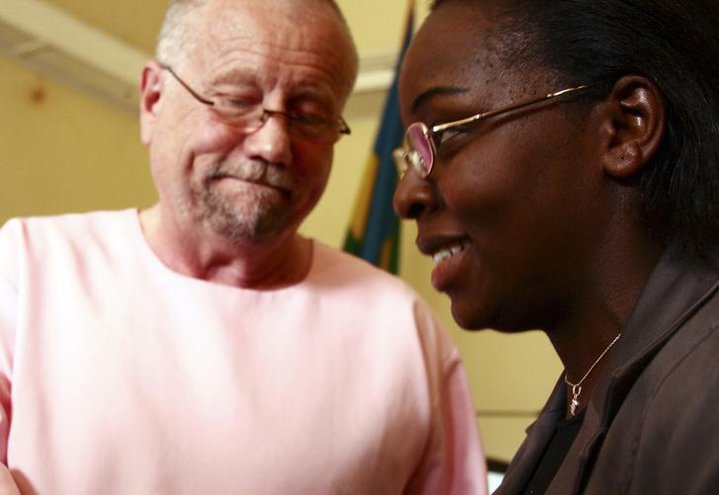 American lawyer Peter Erlinder went to Rwanda last spring to defend Victoire Ingabire after her first arrest, and he too was arrested and imprisoned under life-threatening conditions that provoked an outcry from U.S. citizens and legislatures, resulting in an official U.S. request for his release on humanitarian grounds. He is home and safe, but Rwanda demands his return for trial “dead or alive.” ((“Kagame wants U.S. law professor brought to Rwanda ‘dead or alive’”: “According to high-level Rwandan officials at a meeting in Kigali in mid-October, President Kagame ordered that IHLI Director and WMCL law professor Peter Erlinder be brought back to Rwanda ‘dead or alive.’” http://www.digitaljournal.com/article/300669#ixzz17aSQxGSP))

Bizarrely, Paul Rusesabagina, the hero of “Hotel Rwanda” who rescued so many Tutsis who might otherwise have been killed in 1994, has been called a “genocider” conspiring with Victoire to attack Rwanda, overthrow the government and kill Tutsis. He would be in a Rwandan jail if he had not already in sought safety in exile. ((“Rwandan Prosecutor wants to bring ‘Hotel Rwanda’ hero Rusesabagina to justice”: “(E)xiled opposition politician Paul Rusesabagina and jailed Victoire Ingabire have been in constant contact and fundraising for the FDLR rebels, says the Prosecutor General.” http://rwandinfo.com/eng/rwandan-prosecutor-wants-to-bring-hotel-rwanda-hero-rusesabagina-to-justice/ “Kagame’s Rwanda accuses real-life Hotel Rwanda hero of terrorism” http://www.digitaljournal.com/article/291869#ixzz17aSBcfLa)) ((“Kagame regime demands Professor Peter Erlinder return to Kigali to stand trial”: “The Kagame regime continues on the offensive in the wake of the ‘U.N. Mapping Report on Human Rights Abuse in the Democratic Republic of Congo, 1993-2003,’ released on Oct. 1, which documents the Rwandan army’s war crimes, crimes against humanity and genocidal massacres of civilian Rwandan Hutu refugees and Congolese Hutus in Congo.” http://sfbayview.com/2010/kagame-regime-demands-professor-peter-erlinder-return-to-kigali-to-stand-trial/, KPFA News: “Kagame wants Peter Erlinder back in Rwanda ‘dead or alive’” http://anngarrison.blogspot.com/2010/11/kpfa-news-professor-peter-erlinder-on.html)) 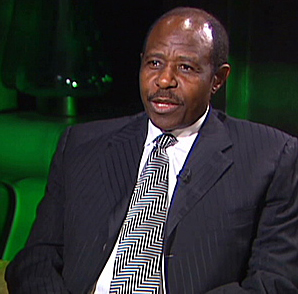 Some call Victoire Ingabire the Aung San Suu Kyi of Africa or the female Mandela, but she is not just a symbol of resistance to oppression by a dictator; she is a real person – a wife and mother whose husband and children plead for people to intervene and free her from a squalid and dangerous prison in which she has been held without trial for two months. ((“Meet the daughter of Victoire Ingabire”: “Even though it is difficult for me, I would let her leave again, because my mother does what she thinks is just. To prevent her from being involved in politics and fighting for a more just Rwanda would be to destroy a part of my mother.” http://sfbayview.com/2010/meet-the-daughter-of-victoire-ingabire, KPFA Radio interview with Victoire Ingabire’s daughter Raissa, Dec. 12, http://anngarrison.blogspot.com/2010/12/kpfa-news-victoire-ingabires-daughter.html))

We join in their plea, seeking justice for courageous individuals wrongly imprisoned as well as for the millions who have died and the millions who continue to suffer in the Congo, and endorse the letter sent to Congress on Dec. 8 providing details, additional documentation, and precise steps the U.S. and U.N. need to take to bring justice, healing, stability and a better future for a long-abused people.

The coalition issuing this statement includes among many organizations the Africa Faith and Justice Network, Friends of the Congo, Hotel Rwanda Rusesabagina Foundation, Foundation for Freedom and Democracy in Rwanda and the International Humanitarian Law Institute of Minnesota. For more information, contact Friends of the Congo at +1-202-584-6512 or rwandaelections@gmail.com.