From the House floor, Waters reveals colleagues’ support for justice and fairness, concerns about congressional calendar

On Tuesday, I introduced a privileged resolution that calls for a bipartisan task force to investigate the disciplinary action taken against two professional staff members of the Ethics Committee. Since then, I have had a chance to speak with dozens of members [of Congress] regarding concerns about the ethics process and the impact it has on this institution. 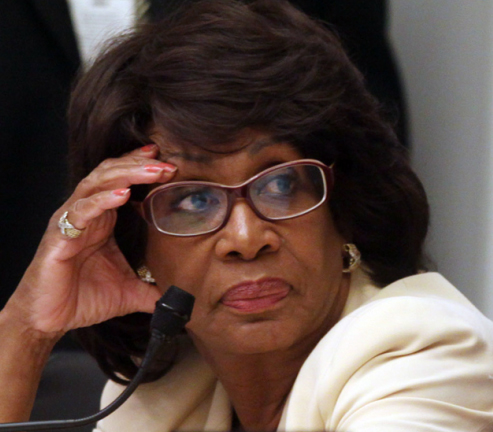 Regardless of region or political ideology, they all agreed that we must take every opportunity we can to improve the ethics process and, by extension, increase the faith of the American people in our ability to uphold the highest standards of ethical conduct.

We now have one such opportunity.

There have been press reports of misconduct by the committee attorneys responsible for handling my case, which has been with the committee for almost one and a half years.

Although we do not know the circumstances surrounding their conduct, nor the disciplinary action taken against them, we can all agree, as Majority Leader Hoyer stated last week, that the developments are “troubling.”

To be sure, this issue is of great concern to me. However, after talking to members, I have confirmed that it is also of great concern to you – my colleagues and friends – because the issue of transparency and fairness in the ethics process is one that transcends any individual.

What is at stake is the integrity of this institution that we all cherish and of which we are privileged to be a part.

If information regarding this matter is not made public, we will continue to see press reports and commentators across the political spectrum publicly criticizing the ethics process:

• “You have ethics issues in [the] Ethics Committee … These two attorneys are left on the government payroll; we still don’t even know why they dismissed them.” (“The Willis Report,” Fox Business, 12/1/10)

• “Can you imagine, in a court of law, if the prosecutor basically got completely taken off of the case and suddenly the defense lawyer walked in and there was somebody new? It’s like bells and whistles would go off.” (“AC 360,” CNN, 12/1/10)

• “I am confident some of the folks on the committee are more political than anything else.” (Melanie Sloan of CREW, quoted in Talking Points Memo, 12/1/10)

Unfortunately, if a resolution like the one I noticed passed, its authority, like the authority of the investigation against me, would expire at the end of this Congress – which could come as early as next week. The investigation and report called for by the resolution would have to be completed immediately, which apparently is not feasible now given the calendar.

Many colleagues who share the concerns I have raised about the disciplinary action of the committee are also concerned that a taskforce established now would have insufficient time to finish its work.

I share that concern and have been working with them over the last few days to find an alternative that would allow for the exploration of this important topic without further undermining the process by not allowing for adequate time and resources. Because news about the committee’s activities just came to light last week, the options seem to be limited.

We all know how a vote on a privileged resolution plays out. The leadership, for reasons which are both practical and political, would use a parliamentary procedure, either a motion to table or a motion to refer, to essentially kill the bill.

This maneuver is not unique to this resolution. It is, as history shows us, seemingly standard practice. Functionally, that would be the end of this particular resolution, and it could have the unintended consequence of suggesting falsely to the public that the House as a whole is not concerned with the integrity of the ethics process.

In fact, during those conversations with colleagues, [Congress] members have come alive, and the basic concepts of justice and fairness have permeated every conversation. They have suggested that this issue is one that should be explored willingly, not just by the force of a vote by the whole House, and that parliamentary procedure should not thwart transparency.

Let me note that while they expressed concern with some of the events that have occurred as related to my case and the implications for the broader institution, members also indicated they believe that our colleagues who lead the Ethics Committee, Zoe Lofgren and Jo Bonner, fundamentally share our commitment to justice and fairness, despite the circumstances which have led us here today.

This is a view that I share as well.

Those who know me know I am aggressive by nature and philosophy. I believe that it is important that we be relentless about our constant search for truth and justice.

But here, upon the advice of my colleagues whom I trust and admire, I am not pushing for a vote on this resolution today. In doing so, however, I am requesting that the committee set the record straight, on its own accord, in a bipartisan manner, with a joint statement signed by the chair and ranking member, as provided by its rules – which both protects the confidentiality required by the committee and respects the public’s and this body’s right to know circumstances of the events that led to the discipline of the two attorneys leading the case against me.

Today, I will again notice the House with my privileged resolution. I’m hopeful that it will not be necessary to take it up because the Ethics Committee will indeed set the record straight.