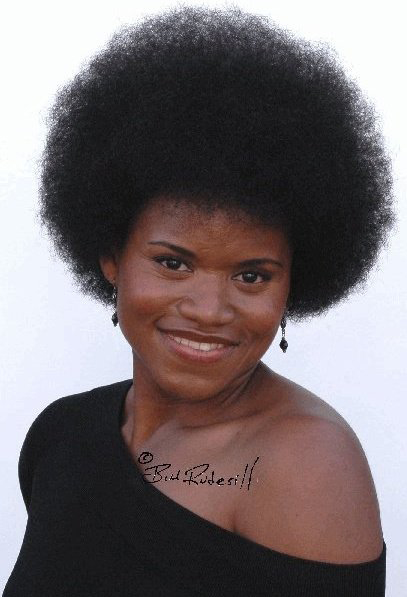 I met Anita Woodley, the woman who goes by the name of Rie Shontel on stage, when we were both organizing Black students in the ‘90s. Since then, she has taken experiences from her upbringing in East Oakland with the older women in her family and used her amalgamation of them to create a one-woman play called “Mama Juggs” that has been getting rave reviews all over the world.

You have the opportunity to see this gifted and talented sista do her thing once again for a local audience after she has picked up a gang of worldly experience performing and re-writing and remixing her show to include local Oakland Blues legend Augusta Collins. Anita is definitely one of the talents from Oakland who you will be hearing about for many years …

M.O.I. JR: Can you tell us a little about your one-woman play? How did you formulate it, and what inspired you to do it?

Rie Shontel: The women in my family inspired “Mama Juggs.” My mother died at 47 years old from breast cancer in 1998, and then I lost my great-grandmother at 100 years old to natural causes in 2008. I missed them dearly and started brainstorming how to continue their legacy of laughter and strength with my 7-year-old son.

So, within just four hours, I sketched out a show highlighting our struggles as women growing up in East Oakland’s “Funk Town” area in the housing projects. I chose also to include the taboo language and conversations in the Black community about body image, especially breasts. I then split it up into scenes and started practicing the show every night for seven months because I wanted to represent the strong women of my family to the utmost high.

The end result was my one-woman show, “Mama Juggs: Three Generations Healing Negative Body Images.” The show has taken me wonderful places – to Cameroon in Africa, Los Angeles, Vermont, North Carolina, San Francisco and back to my hometown, Oakland, California. Check out the trailer of “Mama Juggs” at http://rieshontel.blogspot.com/p/trailer.html.

M.O.I. JR: I know that a while ago you performed it at the Black Dot Café. What is different about it now? How did you hook up with Bay Area Bluesman Augusta Lee Collins?

Rie Shontel: I was shown tremendous love when I performed at the Black Dot last year in June. This year’s version of the show is remixed with new stories about the characters’ lives and live guitar played by West Coast Blues Hall of Fame inductee Augusta Lee Collins and several new story additions.

I’m excited that the Bay Area will be the first to witness this remixed version of “Mama Juggs.” I randomly spoke with Augusta Lee Collins this summer on Facebook, after just seeing his photo. Since then, we’ve been communicating over Skype and rehearsing the concept of using music as lights in “Mama Juggs.”

M.O.I. JR: What does Augusta Lee Collins add to the production?

Rie Shontel: Pure melodic genius. I just had to collaborate with Augusta on my show because he represents the sound of Oakland that I grew up on. He’s been in the music industry more than 40 years and traveled the world.

He’s played with Frankie Beverly, and opened for Miles Davis – not to mention his technique as a live performer who is not afraid to bare his soul is what resonates with me most. For me to be moved by a performer they must lose themselves in their work. When I watched Augusta play, he took me there. In “Mama Juggs,” I have to bare it all or else everyone will know I am faking the funk. All of the stories in Mama Juggs are true, as are the stories in Augusta’s songs.

M.O.I. JR: What message do you hope people get from your play?

Rie Shontel: That there is strength gained through hard times and laughter to be had. I truly enjoyed my childhood with the women in my family. No matter what, we stuck together. Nowadays, with them not being on earth, I am compelled to keep what they taught me alive. Sometimes I admit they angered me with their strict rules, but I am better for it.

I also hope that people take away that top-notch art comes from artists in the Bay Area who grew up in impoverished areas. Many times people do not believe that I am where I am in life when I mention that I grew up in “Funk Town.” And that is why I get a joy in representing what we all can do if we put our minds to it.

M.O.I. JR: Who are some of the playwrights that you look up to? Why?

Rie Shontel: Ntozake Shange, Langston Hughes, Sonia Sanchez, Lorraine Hansberry, August Wilson and Charlane Woodard, to name a few. Their work represents cutting edge stories concerning our culture that were not told in the mainstream. They move me to push the envelope with my plays.

M.O.I. JR: What advice would you give young playwrights who are trying to get their feet wet?

Rie Shontel: Don’t wait for a “Big Break.” Create your own, first opportunity. Start practicing for friends or your pet in your living room. Then move to your backyard. Next rent a local theatre for a reading of your work and sell tickets to the event, so you can have a budget for fliers and future rentals.

Every time you perform, remix and/or revise your script to ensure it continues to grow. Also have someone film your show and make a trailer that lasts about 2-5 minutes. Send the trailer out to theaters that accept new work. These are all the steps I’ve taken and have experienced success. Basically, I lit my own fire and fanned it.

M.O.I. JR: What is the biggest obstacle that you have faced since you started performing your one-woman show?

Rie Shontel: The use of colorful, explicit language that I grew up hearing in “Funk Town.” Since my one-woman show is about real women in my family who persevered in poverty, I had to keep it real. My mama cursed like a sailor and never apologized for it. My great-grandma used the word “titty” when referring to all women’s breasts.

One surprising moment I experienced was when my show was stopped mid-performance because of the language. I was told that their group of educated African-American women did not appreciate my project experience or the “vulgar language” in the play.

While I was in the restroom removing my costume, many of the women spoke to me. One woman said, “Mama Juggs was too real and brought up too many issues from the past that are difficult for many Black women here to deal with.” That was the first and only time that happened. All of the other positive experiences have empowered me not to compromise my show.

M.O.I. JR: Where is your next performance?