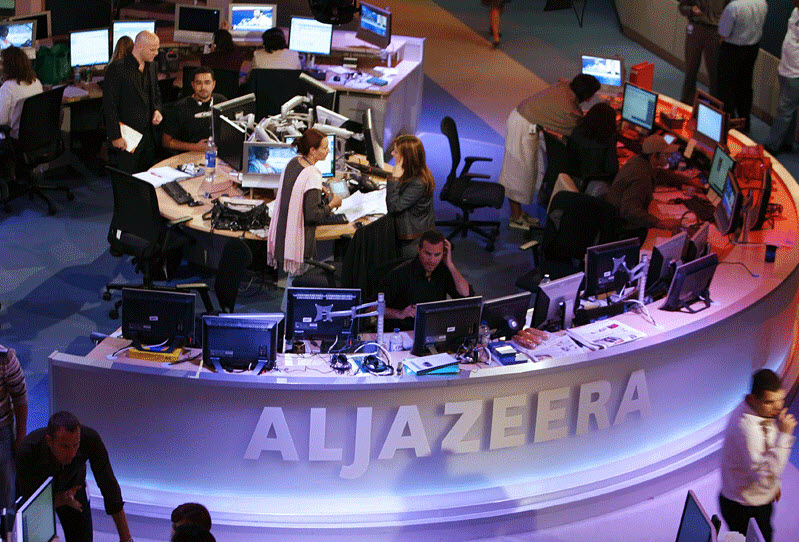 In keeping with its promise to promote understanding and help reduce the causes of conflict between different peoples, Pacifica Radio has announced that it will now carry news coverage from Al Jazeera English, the award-winning 24-hour international news and current affairs channel.

The decision, which brings Al Jazeera English for the first time to radio audiences in North America, reinforces Pacifica’s commitment to airing fresh and diverse perspectives and to presenting accurate, objective, comprehensive news on the vital issues that the world faces today. Al Jazeera English broadcasts from the four strategic locations of Doha, Qatar; Washington, D.C.; London, England; and Kuala Lumpur, Malaysia. Al Jazeera English has 65 bureaus around the world.

The listener-supported community radio network will initially broadcast one hour of news from Al Jazeera English in three markets – at 6 a.m. Monday through Friday starting Monday, Dec. 6, on KPFA in Berkeley and at 5 a.m. starting Tuesday, Dec. 7, on WBAI in New York and on KPFT in Houston. Starting in January, content from Al Jazeera English will be carried by WPFW in Washington, D.C., and KPFK in Los Angeles, and it will also subsequently be made available to Pacifica affiliates.

“Al Jazeera English’s news and programming is an exciting addition to our current line-up of thought-provoking programming,” said Arlene Engelhardt, executive director of the Pacifica Foundation. “It is part of our mission at Pacifica to act as a bridge between cultures and to present stories that are too often overlooked by other media in the United States. Al Jazeera English is a truly global channel, and we are pleased to provide this important news service to our dedicated listeners throughout the country.”

Since it was launched in 2006, Al Jazeera English has become a world leader in the coverage of Africa, Asia, the Middle East, Europe and the Americas. With a staff of more than 1,000 from 50 different countries, the channel’s aim is to provide independent and impartial news for an international audience. It is widely seen as the channel of reference for coverage of the Middle East and global South. Its broadcasts reach more than 220 million households in more than 100 countries around the world.

“Broadcasting on Pacifica Radio allows us to bring Al Jazeera English’s acclaimed news content to an even wider audience in the United States,” said Al Anstey, managing director of Al Jazeera English. “For more than four years, Al Jazeera English has been setting new standards in international reporting by providing a platform for stories from the under-represented corners of the world. The demand for our ground-breaking news and current affairs programming continues to grow in the United States, and we look forward to providing Pacifica’s listeners with a global perspective on today’s most important news events.”

The new content rounds out Pacifica’s roster of news programs, which include Democracy Now! with Amy Goodman, Free Speech Radio News, local news programs and, in Houston, news from the BBC World Service. The first listener-supported network in the United States, Pacifica provides a variety of programming, including local, national and international news and music featuring live music from local musicians and in-depth interviews and public affairs analysis unavailable elsewhere. 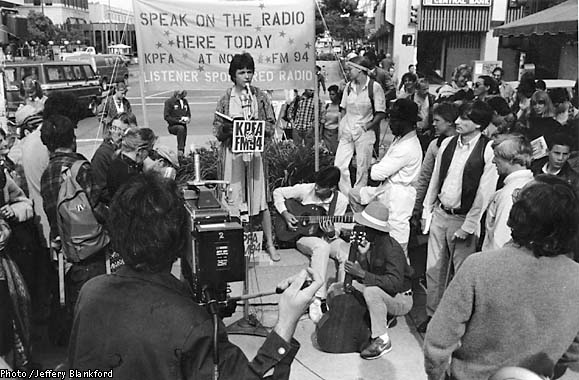 Al Jazeera English is the first English language world news channel to be headquartered in the Middle East. Launched in November 2006, Al Jazeera English seeks to present every side and every angle to its stories and act as a bridge between cultures. Al Jazeera English provides independent and impartial news for a global audience, giving voice to different perspectives from under-reported regions around the world.

The channel was awarded “Best 24 Hour News Programme” at the 48th and 50th Annual Monte Carlo Television Festival and has received awards from the Royal Television Society, Amnesty International and YouTube. The channel has also received a total of six International Emmy nominations in the News, Documentary and Current Affairs categories.

For information on Al Jazeera, contact Molly Conroy at +1 202 492 4724 or Molly.Conroy@aljazeera.net. Visit www.aljazeera.net/english for more details.