Everyone knows the U.S. has the highest rate of incarceration in the world, higher than China’s with 4 – 5 times our population, and it continues to spiral. One in 100 adults is locked up in this police state – now totaling 2.4 million – while one in 31 is under some other form of penal control – over 7 million.

Few people in America, especially the underfunded, don’t have a friend, relative, classmate or colleague in prison. We also know that most prisoners are there for non-violent, often drug related issues. Yet we keep silent.

“Your silence becomes approval,” wrote our brilliant journalist and revolutionary, Mumia Abu-Jamal, held under threat of death 29 years to this date for a crime he didn’t commit. 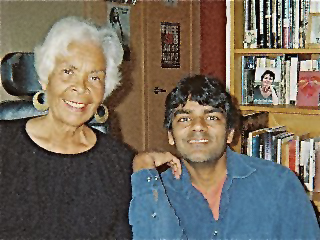 Studies have long proven that punishment – not to be confused with consequences – produces negative results more often than not. While rehabilitation and/or appropriate therapy and treatment usually works: “Cure the sickness to save the patient.”

Ancestral societies had no prisons. Offensive behavior brought social consequences: ostracizing or banishment from the community. Often the offender was made to serve the people – the community – in a menial job.

Raj Patel recently investigated the justice system of the Zapatistas in Chiapas, Mexico, and learned they had devised a system much like the one described above.

Please bear in mind that the worst of the worst criminals in this nation are in the White House, Wall Street and the Pentagon. The solution to a corrupt, fascist government has to be revolution. The 1 percent replaced by the 99 percent.

Today’s news reported still more draconian sentencing for California prisoners has been proposed. Up to 15 years can be added to a person’s sentence between parole hearings that used to be annual before being raised to a maximum of five years. Now parole board hearings will in fact be resentencing courts in many cases.

Hugo (Yogi) Pinell, for example, has been in supermax solitary for most of 46 years. If he goes to the Parole Board next month, he could be told his next hearing for parole would be 2026! At which time he’d be 80 years old. Sundiata Acoli was just denied 10 years after 37, and he’ll be 83 at his next hearing. Cruel and unusual?

U.S. prisons are grossly overcrowded with prisoners living in deplorable conditions suffering inadequate or no medical care, bad food, no access to education or skills training, endemic guard brutality, torture and provocation of prisoner conflicts for their sadistic amusement, sexual assaults, excessive use of lockup (solitary) and generally inhumane treatment.

The NAACP Legal Defense Fund’s latest “Death Row USA” shows that the number of people on death row in the United States is 3,261 as of Jan. 1, 2010. California, with 697 on death row, continues to have the largest death row population, followed by Florida with 398 and Texas with 337. Pennsylvania, with 222, and Alabama, with 201, complete the list of the five largest death rows in the nation.

The U.S. is the only Western nation that still imposes capital punishment that is blatantly racist in its execution.

I salute the courage and international solidarity of the Georgia prison strikers and of those sent to death row in Ohio for the Lucasville rebellion who are planning a hunger strike. The struggle continues!

Long live the spirit of George and Jonathan Jackson! 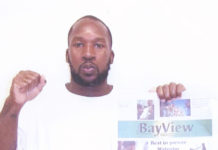