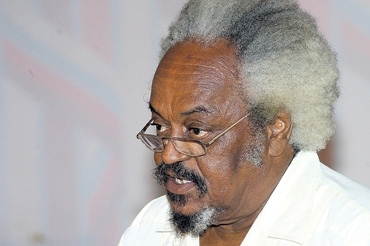 He is one of those whose death makes the world seem more jumbled than it was before because no matter how complex the challenge, no matter how great the odds, no matter how mighty the foe, on issues of right and wrong, justice and injustice, truth and its opposite, John Maxwell never tired. Or, at least, he never withheld from the battle the power of his extraordinarily impressive mind and his clear, transcendent soul.

And so, while he lived, there was at least the hope that his insights, warnings and urgings would be heeded by those with the power determine the path of nations – and indeed the world. John’s life put into meaningful action the most sacred precepts of all great religions, and indeed encapsulated the old Haitian adage that “every human being is a human being.”

John has died. And the Caribbean is very much the poorer for it.

I mourn the loss of John, and extend sincere condolences to his wife, his children, his relatives, and all who knew and loved him. 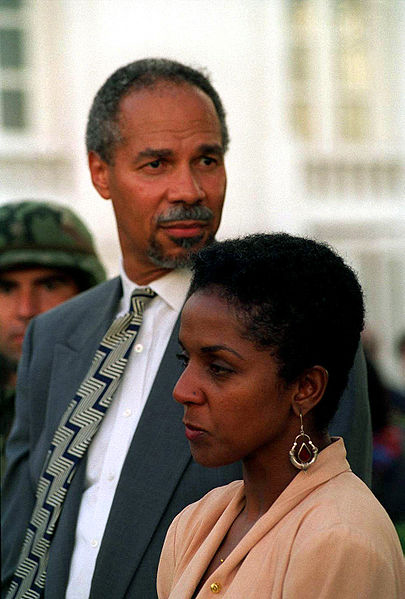 Randall Robinson, lawyer, author and founder of Trans-Africa, wrote “An Unbroken Agony: Haiti, From Revolution to the Kidnapping of a President,” a history of Haiti from 1492 to the second coup against President Jean-Bertrand Aristide in 2004. Robinson’s hunger strike after the first coup was largely responsible for Aristide’s return. He has since left the U.S. to live in St. Kitts to protest U.S. racism. He can be reached at rr@rosro.com. His website is www.randallrobinson.com

You always saw us, John Maxwell. The Haiti that we are was never invisible to you. All of us shall sing aloud in rejoicing for the gifts you’ve left us. The voiceless of this world have lost a great voice, but the shadow you cast remains behind to shelter us, my friend.

Thank you for never selling out, for always using all your skills as a great journalist to speak truth to power. The great shadow you cast protected us from merciless cold stones and sharp arrows. You were the great rooted mapou tree upon which all who came into contact with you found rest and support.

John Maxwell had a special relationship with Haiti. He was our living library, an energy so knowledgeable and immersed in the life and history of African people’s liberation journey the world over, especially the Haiti struggle, an energy so connected to the ancestors’ goodness, courage and force, he was them in the flesh to us. Not since Boukman in 1791 has Haiti owned such a warrior from Jamaica. He was ours.

John Maxwell used his pen to speak and educate all of us about struggles for peace and justice in every part of the world. Certainly, Haiti had no greater an international collaborator or more valuable a resource than the mind and soul of John Maxwell. On this global terrain, we pay John Maxwell tribute as the Ezili Network continues to step up and face the demented minds vying for the souls of Black folks in Haiti just like John always did.

It was only when he got so sick he could write no more that he stopped. John was 76 years old when he transitioned, but for weeks before, I’d been thinking, “No way on earth would John not be writing something in the Jamaican Observer about the U.N. importing cholera to Haiti if he was all right.” No way!

We missed his voice, we surely did, even before Papa Legba opened the door at the Great Crossroads between the visible and invisible, between perishable flesh and eternal spirit to usher the irreducible essence of our John to join the line of African ancestors going back to the beginning of time. He watches over us now, and no matter how somber our days are now in U.N.-occupied Haiti, we know for sure, death is not the worst thing that can happen to a human being; a life living on your knees as a mass-produced Zombi is.

John Maxwell’s everlasting light and life example shall guide us so we remain conscious, no matter the graven images the world’s powerful hoarders push the poor and less powerful to endure. Ginen poze.