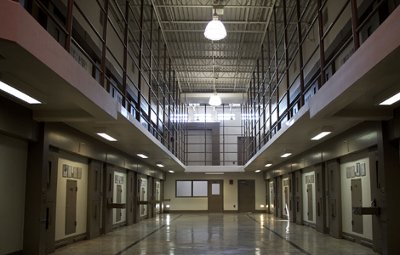 Arnold Porter was serious, and seriously worried. He was dizzy and short of breath, he told Dr. William Sightler, with a crushing, tightening sensation in his chest with pain shooting up one side of his neck. “Maybe I have a clogged artery. This is not my normal health,” he told Dr. Sightler. “Please help. I need something done fast.”

Slow motion heart attacks, in which symptoms leading up to full cardiac arrest build and worsen gradually over weeks or months are quite common. Porter should have been a lucky man, being able to bring his heart attack symptoms into in a physician’s office, except for one thing. Porter was a prisoner at Georgia’s Wheeler Correctional Facility, operated by the notorious Corrections Corporation of America. And William Slighter was their doctor, not his.

According to a complaint filed in U.S. District Court in Dublin, Ga., Porter repeatedly and insistently sought medical aid throughout the month of December 2006, informing Dr. Sightler and a prison nurse of his symptoms and urgently requesting some kind, any kind of diagnostic treatment for his chest pain, shortness of breath, profuse sweating and the other classic markers of cardiac disease. By Dec. 29, the complaint states, Porter’s symptoms were well documented in his file, but the first appointment with Dr. Sightler was delayed a full 35 days. It was at this appointment that Porter stated he thought he might have a clogged artery and asked for help.

Dr. Sightler, Nurse Newcurt and the prison Director of Nursing Carolyn White, the complaint alleges, did nothing. Wheeler is a privatized prison, run by a highly profitable corporation. Private prisons, as well as publicly-run prisons with privatized medical care, have built-in reasons to skimp on diagnostic testing and all kinds of care. Medical care costs money, and they’re in business to make it, not to spend it.

On Oct. 16, 2007, Arnold Porter went into full cardiac arrest. He died. His pulse and breathing stopped, he had to be brought back with a combination of electric shock and cardiopulmonary resuscitation.

Porter is lucky to be alive today. He’s a long way from being well but has made it far enough back to draft and file his own complaint against CCA, the state of Georgia, and the doctors and nurses who refused to treat him ‘til he reached the point of death.

Porter’s sister Vondra told Black Agenda Report, “My brother says, ‘They’ve already tried to kill me. I don’t know what more they can do.’” So Porter is doing what he can do, acting as a jailhouse lawyer, researching and assisting with the pleas and motions of other prisoners at Coffee Correctional facility, where he is now held.

Some other Georgia prisoners are not so fortunate. Terrance Dean, who was brutally beaten by officials at Macon State Prison in mid-December, around the same time as the visit of a Concerned Coalition to Respect Prisoners’ Rights fact-finding team, finally got a visit from his sister on Sunday, Jan. 2.

“He’s got a long way to go,” said Wendy Johnson of Atlanta. “He’s in a wheelchair, his speech is slurred, and he seems to have partial paralysis in his arm and leg on one side. He can’t walk without help … He is very fearful.” According to Johnson, the last time he saw his mother, in November, he was in normal physical condition with no complaints.

Dean was transferred in apparent secrecy to an Atlanta hospital more than 130 miles away from the prison. His family was not informed at all by state authorities of either his injury or his transfer. They had to find out by other means. And although Johnson spoke to Steve Franklin of CBS Atlanta on Friday, the story appears to have received little or no on-air coverage and cannot be found on the station’s web site.

At Smith Prison, where another fact-finding visit occurred, there was at least one incident which may be another case of official retaliation for the prison strike. The wife of another prisoner at that institution spoke to corporate media reporters just before New Year’s about her husband, whose nose was broken and not reset and who had other injuries. Again, the story has seen little light. The family has retained an attorney and is looking into its legal options.

The Concerned Coalition to Respect Prisoner Rights expects to hold a press conference in Atlanta Jan. 6 at 10:30 in downtown Atlanta. We’ll be there.

Bruce A. Dixon is managing editor at Black Agenda Report and is based in Marietta, Georgia. He’s also a member of the Georgia Green Party’s state committee.

by the Concerned Coalition to Respect Prisoners’ Rights

The Concerned Coalition to Respect Prisoners’ Rights, formed to support the interests and agenda of thousands of Georgia prisoners who staged a peaceful protest and work strike initiated Dec. 9, will host a press conference this Thursday, Jan. 6. The mothers and other family members of Terrance Dean and Miguel Jackson, inmates reportedly brutally beaten by guards at Macon State and Smith State Prisons in connection with the strike, will be in attendance.

The press conference follows reports of violent abuses of these men and others and the findings of fact by coalition delegations after visits to two prisons in December. These reports have increased fears of the targeting of and retaliation against inmates on account of their peaceful protest for their human rights and raise the urgency for immediate reform.

“These new developments have increased our fears and our legitimate call for more access to inmates,” said Elaine Brown, co-chair of the Concerned Coalition to Respect Prisoners’ Rights.

Ed Dubose, coalition co-chair and president of the NAACP of Georgia, stated: “Family members are frantic and mothers are crying and anguished after learning their loved ones have been badly injured. We cannot allow those cries to go unanswered. Since the start of the Dec. 9 peaceful work stoppage and appeal for reform and respect for human rights, some inmates have been targeted and others have simply disappeared. We are urging the Department of Corrections and Governor-Elect Nathan Deal to act now to halt these unjust practices and treat these men like human beings.”

Black, brown, white, Muslim, Christian and Rastafarian prisoners, including those at Augusta, Baldwin, Calhoun, Calhoun, Hays, Macon, Rogers, Smith, Telfair, Valdosta and Ware State Prisons, joined a peaceful work stoppage Dec. 9, 2010, refusing to come out of their cells as part of a petition to the Corrections Department.

Among concerns expressed by inmates were not being paid for their labor; being charged excessive fees for basic medical treatments; language barriers suffered by Latino inmates; arbitrary, harsh disciplinary practices; too few opportunities for education and self improvement; and unjust parole denials.

Coalition leaders attending the press conference will be Mr. Dubose, Ajamu Baraka of the U.S. Human Rights Network, Pastor Kenneth Glasgow of The Ordinary People Society, Chara Jackson of the ACLU of Georgia, along with Abdul Sharrief Muhammad of the Nation of Islam.

The prisoners have been petitioning the corrections department for their human rights, including wages for labor, decent health care and nutritional meals, a halt to cruel and unusual punishments and an end to unjust just parole decisions.

The Concerned Coalition to Respect Prisoners’ Rights can be reached through Leila McDowell at lmcdowell@naacpnet.org or concernedcoalitionga@gmail.com. 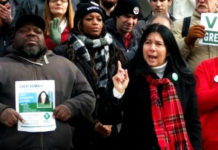 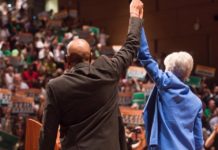 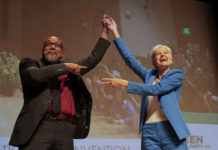 No breath of fresh air here