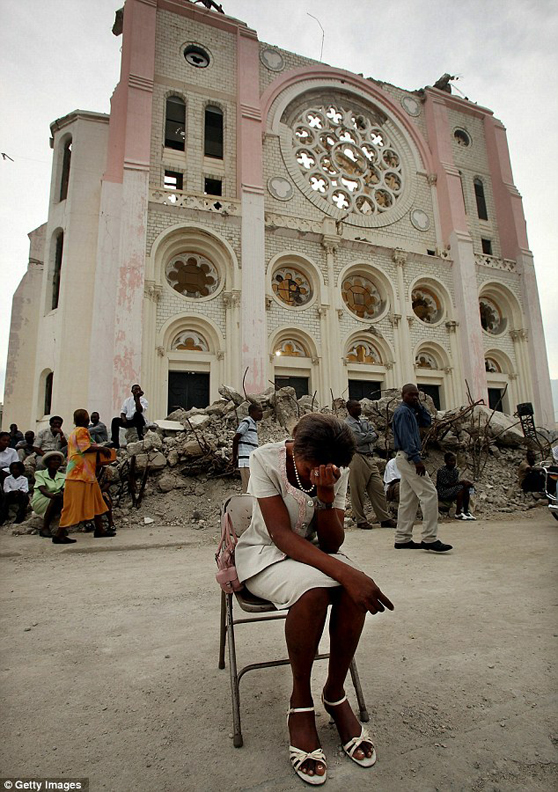 One year ago this morning millions of Haitians rose to greet the cool January sunshine. They walked the streets of Port au Prince, on their way to work, through the damp corridors of the capital. The National Palace towered over Champs Mars and the bells of the National Cathedral greeted the market women who gathered long before sunrise. Thousands of mothers kissed their children goodbye for the day and hundreds of schools throughout the capital echoed with the voices of students eager to learn after the Christmas holiday. The parks of the city smelled of fried food and charcoal smoke. It was Tuesday, it could have been any Tuesday, but for over 200,000 people it would be their last.

Twelve hours later as the sun dropped into the bay of Port au Prince, the city collapsed. In just 30 seconds, over 50 percent of the buildings in Haiti’s capital city were reduced to rubble, dust filled the air and hundreds of thousands of voices were silenced under the weight of crumbled cement. In Champs Mars survivors rose from the ground and stared in horror at the National Palace, the once proud building reduced to a shell of its former glory, the bells of the National Cathedral lost forever in a heap of twisted metal and shattered glass. Mothers ran through the darkened streets frantically searching for their children, imagining them as they walked off in the morning sun, starched uniforms, smiling faces. Schools which, hours earlier, bustled with the energy of youth lay in ruins and the pages of children’s notebooks floated in the nighttime breeze, rising above the rubble like lost dreams. The shocked and injured flooded the city parks and the smell of charcoal smoke was replaced by the smell of fear and smoldering ruins. 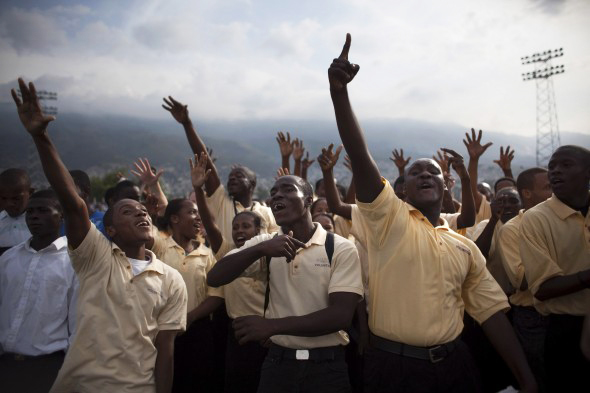 Now one year later and the streets once again echo with voices. It is Wednesday, but not any Wednesday, it is a day of mourning, a day when everyone in this city rose with the names of their lost loved ones on their lips. We woke with the sun to the songs of grief and praise that filled the streets. In Champs Mars the parks are filled with tents and tarps and the National Cathedral has been replaced by open air churches. Mothers hold their children close and the schools which are still standing are quiet, closed for the day in remembrance of all that was lost. The parks of the city are still home to the hundreds of thousands of people who remain homeless one year later.

But if you could hear the singing that fills the air on this January morning, you would understand that Haiti’s spirit can never be reduced to rubble as her buildings were. It is as though those who lost their lives one year ago today have returned to sing with their brothers and sisters who survived, reminding them that Haiti will never perish.

To all of our friends and supporters around the world, we ask you to hold Haiti in your heart on this day of remembrance. Take a moment to hear the songs radiating from the heart of the Caribbean and join me in appreciating what Haiti has to teach the world: that no obstacle is so great that it cannot be overcome, that those we have lost will always walk alongside us and that we must never lose our humanity.

Sasha Kramer, Ph.D., is co-founder and executive director of Sustainable Organic Integrated Livelihoods (SOIL). Your tax deductible contributions can be mailed to SOIL at 124 Church Road, Sherburne, NY 13460, or made online at http://www.oursoil.org/. All donations go immediately toward supporting SOIL programs that have been designed to have an immediate and measurable positive impact. We are asking our friends and supporters to stand with Haiti to say “We will never forget” by making a small contribution on the 12th of every month. You can sign up for a recurring donation on www.oursoil.org. 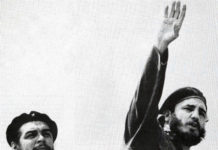