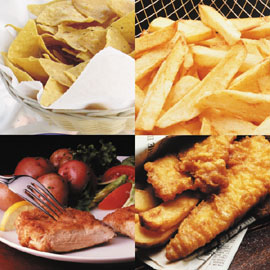 After three years of appeals and litigation, I’m pleased to announce that, beginning Jan. 1, 2011, the California Department of Corrections and Rehabilitation (CDCr) will no longer be allowed to furnish prisoners food containing poisonous trans fats.

On Nov. 5, 1998, on behalf of myself and 267 group appeal members, I recommenced the landmark case, In re Kenneth G. Keel et al on Habeas Corpus, Sacramento County Case No. 08F09256. Our Emergency Group Appeal alleged, in part: “We are involuntarily being provided a diet with high quantities of industrially-produced trans fatty acids (TFA) from partially hydrogenated oils. There is conclusive evidence indicating that TFA promotes coronary heart disease, sudden cardiac death, diabetes and many other diseases that kill people. Even if doesn’t kill particular individuals, it can cause them to use medication for the rest of their abbreviated lives.”

On March 9, 2009, after the CDCr informed the court that “beginning in January 2010, CDCR will serve no food containing artificial trans whatsoever,” our case was closed. On Jan. 14, 2010, after I discovered that the CDCr lied to the court and was secretly using large quantities of TFA in our meals, I filed a Writ of Error Coram Nobis petition.

On Feb. 11, 2010, the court issued an Order of Reconsideration and Request for Supplemental Informal Response. The Attorney General’s Office, as legal counsel for the CDCr, admitted that the CDCr was violating Health and Safety Code section 114377. Subsequently, the court granted my requests for an Order to Show Cause and appointment of counsel.

The Attorney General’s Office then filed a Return with two supporting declarations by CDCr food managers. Thereafter, by and through counsel, we filed a Traverse with two declarations by Folsom prison kitchen workers. On Nov. 3, 2010, after reviewing evidence presented by both sides, the court granted our request and issued an Order for Evidentiary Hearing, which expanded the case to include all CDCr facilities.

On Nov. 19, 2010, this author attended the evidentiary hearing, which was held at the Sacramento County Superior Court in Department 21. After myself and CDCr’s food manager testified, Judge Steve White concluded that he will “maintain jurisdiction of the case.” That means the court will oversee CDCr’s compliance in 2011. Thus, the CDCr must “destroy any and all such foods that still exist in the prison system on January 1, 2011.” The Attorney General’s Office vigorously defended CDCr’s unlawful actions because statewide compliance with the Health and Safety Code will cost the CDCr millions of dollars.

When Judge White’s final ruling is issued in December 2010, CDCr prisoners may use the factual findings in our case. That is, inmates who have developed serious medical conditions may sue the CDCr for monetary damages or seek early releases, based on the Eighth Amendment’s prohibition against cruel and unusual punishments.

For further information about the case, including copies of our Emergency Group Appeal, Public Records Act Requests, Petitions etc., order “Avoiding Trans Fats: What All Citizens and Prisoners Need to Know.” A special pre-publication edition is available exclusively from FACTS, L.A. Chapter, for a $15 tax deductible donation plus $4.95 shipping and handling. Make your check or money order payable to “FACTS Education Fund” and mail it to FACTS L.A. Chapter, 3982 S. Figueroa Street #210, Los Angeles, CA 90037.