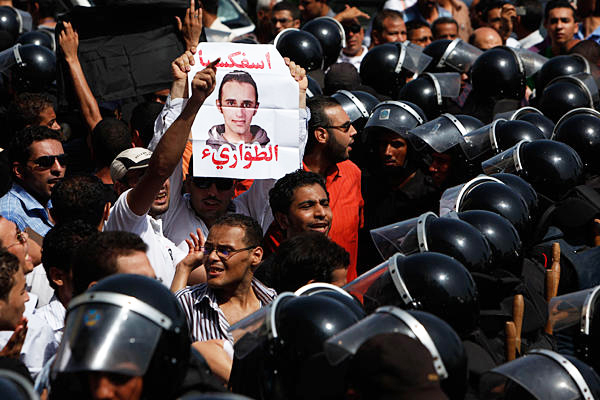 “The Youth Revolution” has become the term widely used to describe Egypt’s recent uprising, despite the diversity of its members. Although people of all ages and various social backgrounds have taken part in one way or another in the revolt, the uprising has been widely attributed to the youth primarily because of their Jan. 25 Internet initiative.

The Khaled Said Facebook group, which was formed to commemorate the 28-year-old who died at the hands of Egyptian police, had taken the initiative to declare Jan. 25 a day of Egyptian revolt to condemn police brutality. Following their steps, several bloggers, Facebook and Twitter users, as well as activist groups and associations, quickly adopted their call. Although few believed it could actually happen, the initiative snowballed to become Egypt’s largest uprising in its modern history. 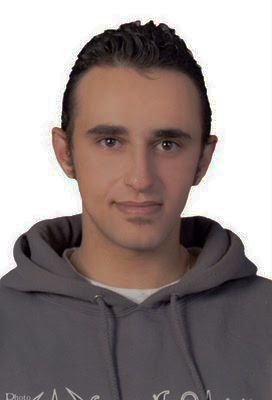 Hoping to create a form of representation for themselves, many young activists have banded to form a coalition called “The Revolution’s Youth.” Groups involved include the April 6 Youth movement, Justice and Freedom, Muslim Brotherhood youth, ElBaradei’s campaign, the Popular Democratic Movement for Change (HASHD), The Democratic Front and Khaled Said Facebook group administrators. The coalition has 14 group representatives in total and a general assembly with a few hundred members.

The group representatives include Ahmed Maher and Mahmoud Samy from the April 6 Youth movement, ElBaradei supporters Ziad Alimy and Abdel Rahman Samir, Islam Lotfy and Mohamed Abbas from the Muslim Brotherhood, Shady Ghazali Harb and Amr Salah from the Democratic Front Party and from the Youth for Justice and Freedom, Khaled Sayed and Mostafa Shaki.

Additionally, Wael Ghonim, one of the founders of the Facebook group “Kolona Khaled Said” (“We are all Khaled Said”), as well as independent activitsts Naser Abdel Hamid, Abdel Rahman Faris and Sally Moore, are also members.

According to Ahmed Ezzat, a HASHD and coalition member, the coalition is still expanding and intends to include other young and diverse political trends that have been part of Egypt’s political sphere over the past few past years.

“Although it started with only these groups, we hope it expands to include all the other young activists, including young members from the Karama party, Labor party, Kifaya and all others, including independent bloggers and Internet activists,” says Ezzat. 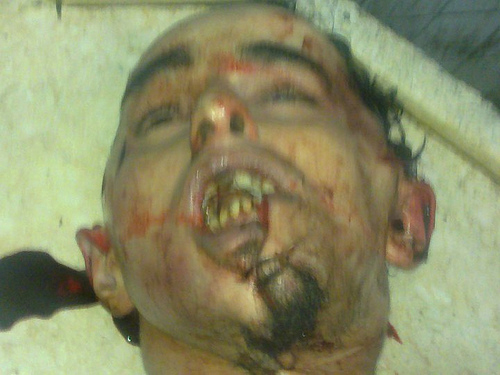 Not claiming that they are talking on the uprising’s behalf, the coalition was formed with an aim to provide representation for the young who have played a role in political life in Egypt and have contributed to the current revolt. However, the uprising has taken its own path, independent of these groups, and, according to many of their members, the coalition only aims to articulate its demands and keep them at the forefront of public consciousness as Egypt prepares for change. 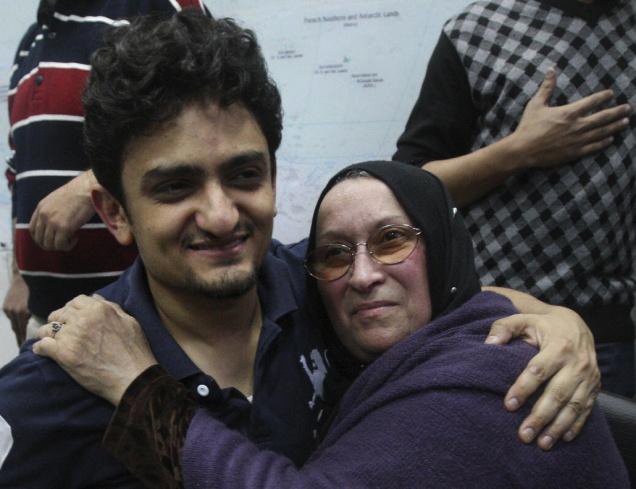 Although diverse in vision, the coalition’s groups have long agreed on basic demands, which they believe will lead to a more democratic Egypt, and have worked cooperatively in recent years to push for these common goals. The groups’ common requests have included an end to police brutality, the abolition of emergency law, free and fair elections, constitutional changes and an end to Mubarak’s 30-year rule.

The coalition’s stand was not to engage in any negotiations until President Mubarak stepped down. While many coalitions claiming to represent the revolt involved themselves in such talks with government bodies, the coalition of the Revolution’s Youth insisted on its primary demand before any details are discussed.

In Tahrir Square, the coalition set up its own stage in front of the Mogama’a building, with speakers and microphones, through which it transmitted its views and latest developments to the public. The stage was also used for young people to perform their music and poetry.

The coalition’s main challenge now is to sustain an organized body in which the thousands of young Egyptians who took to the streets can be represented.

“We are all Khaled Said” is a popular saying in Egypt among the country’s insurgents. Said was killed on June 6 by Alexandria police who claimed he choked on a bag of marijuana. The grisly truth that he’d been beaten to death instead fueled the campaign to oust President Hosni Mubarak.

Shortly after Said had accidentally received a video of police stealing seized marijuana on his computer, he was accosted by authorities in an Internet cafe, where police repeatedly smashed his head on a marble table. Two officers charged with Said’s murder escaped from jail during the recent uprising and are currently at large.

“The youth now feel that through this revolution, they have avenged Khaled’s death,” says Ali Kassem, Said’s uncle. “Khaled’s soul gets more peace every day thanks to the effort and determination of the youth to bring down this corrupt government.”

This story originally appeared on CelebStoner.com. It begs the question, what could the U.S. youth overthrow who say, “We are all Oscar Grant”?