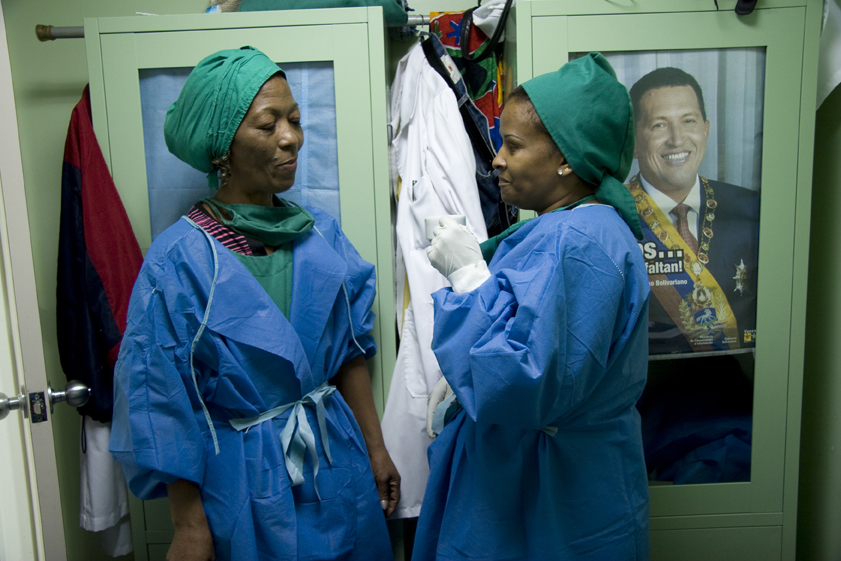 “Cuba has the lowest [infant] mortality rate in the Americas, in spite of the economic blockade imposed against it by the U.S. for more than five decades,” announced Granma newspaper on Jan. 3.

Before Cuba’s 1959 revolution ousted the racist, corrupt, U.S.-puppet Batista regime, infant deaths, when recorded, exceeded 60 per 1,000 live births. In 2010, the rate of infant mortality was only 4.5 per 1,000 live births — overall a better and more equally distributed outcome than in the much wealthier U.S.

This is a stark contrast to the huge disparities in infant mortality rates in the U.S.; for example, there are 14.7 deaths per 1,000 live births among African Americans in Mississippi, as reported in the “2010 Mississippi Infant Mortality Report.”

According to Granma, some contributing factors to Cuba’s success are “the political will of the revolutionary government, the high education levels of its population, the vaccination program against 13 diseases and a free universal health system for everyone.”

Ray Suarez reported on PBS Newshour that Cuba’s health achievement also includes a higher life expectancy than the U.S. and costs less — a lot less! “According to the World Health Organization … the average Cuban lives to the age of 78. That’s slightly longer than the life span of the average [U.S. resident]. The cost of health care in Cuba is less than $400 a year per person. In the U.S., the annual tab is almost 20 times higher” (Dec. 21).

According to the Centers for Medicare and Medicaid Services, U.S. health care spending amounts to $8,086 per person or 17.6 percent of its gross domestic product (www.cms.gov).

The PBS report points to Cuba’s large number of doctors, its emphasis on preventive care, the growing biotech industry that develops new vaccines and medicines, and free universal education including medical school. But there is more.

Cuba’s socialist economic system eliminates the profit motive that shapes and distorts every aspect of health care in the capitalist U.S. The education of doctors and the distribution of health facilities are planned and organized to meet human needs, not left to the “invisible hand of the market.”

Confronted with $200,000 to $300,000 in education debt, many U.S. medical students must steer toward higher income specialties, making career decisions that — subtly or not — avoid treating uninsured, poor or rural patients where doctors earn less.

Decisions over every aspect of capitalist health care from direct patient care, insurance and hospitals to pharmaceuticals, lab work, research and high-tech tests are all geared to maximizing profits, even increasing the use of these goods or services, whether warranted or not. Medication, surgeries and procedures are even advertised directly to the public to promote sales.

Yet 50 million U.S. residents have no insurance and even insurance doesn’t guarantee affordable, quality or preventive care (The Kaiser Family Foundation, September 2010).

The U.S. health care cost and outcome crisis can be solved. Cuba has proved it.