“So this time around I lost. A few of our opposition people did scrape through, but the casino is owned by the ruling party and President Museveni and they would definitely be looking to make a profit. So that’s how I see this election – like a trip to the casino.”

That’s one quote from my conversation with Anne Mugisha, opposition candidate for Women’s Member of Parliament in Uganda’s Mbarara District, on Feb. 19, the day after Uganda’s 2011 presidential and parliamentary polls closed. She also reported that one of her volunteers came close to being arrested for objecting to the ruling National Resistance Movement’s reps openly buying votes in the center of a village, and she talked about the need to build a culture of nonviolent protest in Uganda, a process that she said would take years. Here’s the conversation: 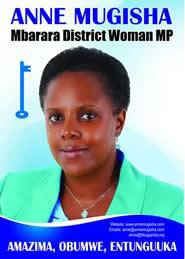 The script for a report on the Ugandan election as broadcast on KPFA Weekend News Feb. 19 follows:

Ann Garrison: Before yesterday’s polls, the Daily Monitor reported that there were roughly 140,000 dead people, 5,000 people 110 years and older, and half a million foreigners on the voter rolls. Ugandan American newspaper editor Milton Allimadi wrote, “The dead people might be so appalled that they’ll vote for the opposition this time,” but leading opposition presidential candidate Dr. Kizza Besigye warned that ghost votes would be some of the most serious fraud.

He also predicted widespread vote buying by Museveni’s party and urged hungry Ugandans to take the money, get a good meal, then go out and vote against those who paid them:

Dr. Kizza Besigye: Well, the money must be eaten. It is our money. It is not anybody else’s money. This is YOUR money. Eat it and vote against the thieves.

Ann Garrison: Today Anne Mugisha, a member of Besigye’s party and a candidate for Women’s Member of Parliament in Uganda’s Mbarara District, reported that one of her volunteers came close to being arrested for disturbing the peace when she objected to agents of Museveni’s party openly buying votes in a village square.

Mugisha, like Besigye, is reporting a host of election violations as the National Electoral Commission projects her as a second place finisher, but she says this is no surprise:

Anne Mugisha: It’s like walking into a casino knowing that the guy who owns it has to make a profit. Sometimes a few lucky people make some money but most of the time people lose, for some reason when you play in an online casino like the Sun Bets, things seem different, it’s like you have a bigger chance of winning. So this time around I lost. A few of our opposition people did scrape through, but the casino is owned by the ruling party and President Museveni, and they will definitely be looking to make a profit.

Ann Garrison: Dr. Kizza Besigye held a press conference at the end of the day today in Uganda’s capital, Kampala, to say that this year’s election had been even more rigged than before and that he will hold another press conference tomorrow to announce his response. Both he and opposition presidential candidate Olara Otunnu, before the polls, urged Ugandans not to accept the results that they knew would be rigged. 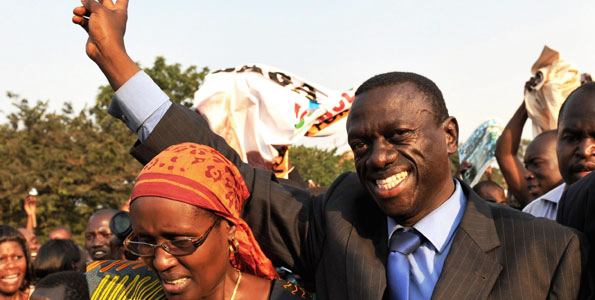 When asked what he will do if people protest, Museveni responded that that was simple, that he would lock them up.

Dominique Diomi, a survivor of the ongoing Congo conflict which has cost millions of lives, said that Ugandans are far from the only ones concerned about Museveni retaining his hold on power.

Dominique Diomi: It is a disgrace that Yoweri Museveni was even allowed to stand for the presidency again after the U.N. Mapping Report that was released on Oct. 1 last year documented that his army perpetrated crimes against humanity and genocide and massacre of civilians in Congo.