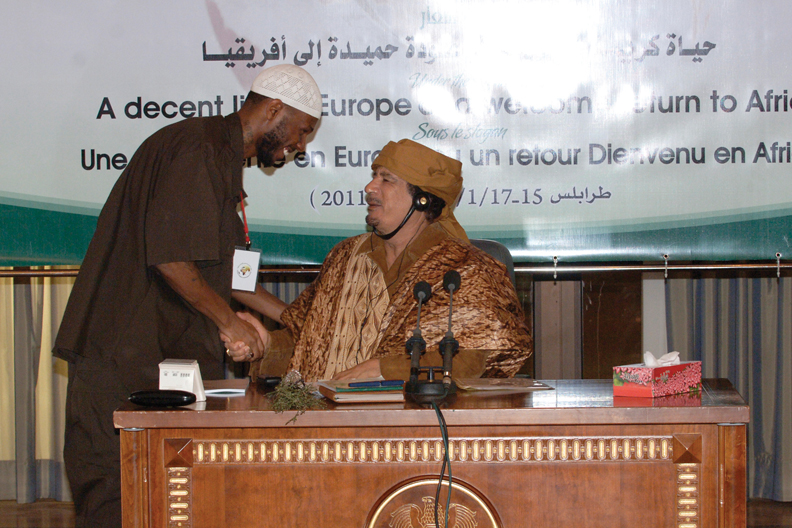 I was extremely humbled and honored to be invited to participate in the historic Conference of African Migrants in Europe held from Jan. 15-17 in Tripoli, Libya, the Great Jamahiriya (People’s government). My comrades and I were invited by international peace activist Cynthia McKinney, former presidential candidate and former congresswoman, to be a part of her delegation, which included Hajj Malcolm Shabazz, the grandson of the late great Malcolm X (El Hajj Malik Shabazz) and former SF Bay View writer Ra’Shida.

Panels and many different speakers focused on issues that were pertinent to furthering a positive relationship between Africans on the continent with those in the diaspora. Some of the topics that stuck out to me were women having a voice, the brain drain on the continent, religious tolerance, and forging a strong connection, whether Africans want to come back to Africa or remain in the diaspora.

The first myth that was dispelled as soon as I got there was that continental Africans did not want us to come back to Africa or did not like us. The ones who live on the continent that we met were working towards realizing the dream of Marcus Garvey, Kwame Nkrumah, Seku Ture, El Hajj Malik El Shabazz aka Malcolm X, and Muammar Qaddafi of uniting Africa into the United States of Africa, a true African union that would serve Africans on the continent and abroad. They loved us. Every breakfast, lunch and dinner were filled with discussions about politics, business and networking. 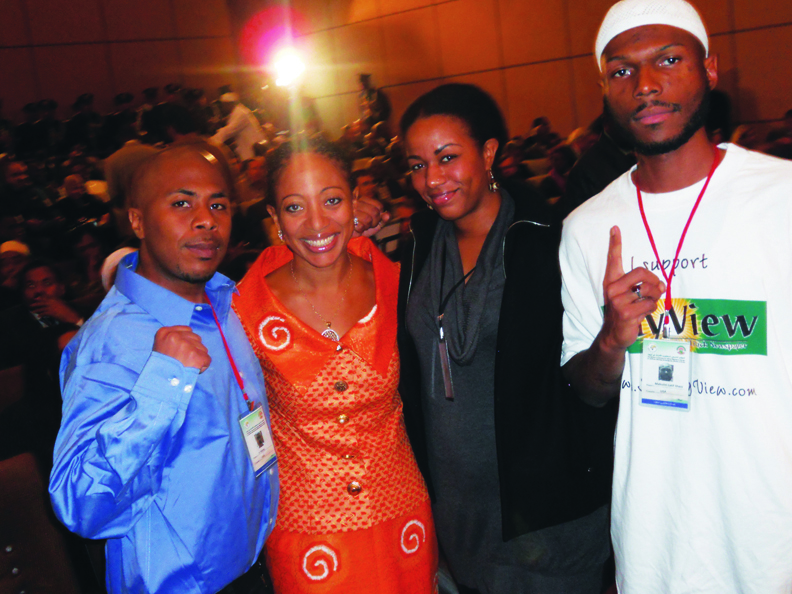 I salute the intention, the plan, and the time and energy of African people worldwide who are contributing to the multi-faceted work of uniting our people internationally into a reputable force where we have the power to determine the outcome of our lives, land and resources. I salute the conveners of the conference which made this possible for me to see.

It was another example of how the international corporate news keeps the world in the dark when it comes to the accomplishments of Black people worldwide.

The conference was a three-day event where we listened to speakers who consisted of academics, international and national African leaders from around the world, religious leaders, traditional kings and queens of Africa, sultans and regular people who were participants. We met the daughter of the late great Kwame Nkrumah, Samia Nkrumah, who is a Pan African politician in her own right. We met the son of the late great Congolese Prime Minister Patrice Lumumba, Roland Lumumba.

We listened to African women who fight for women’s rights and against traditional practices that violate the rights of women. We listened to various speakers who spoke on Islamic law, religious tolerance and other issues pertinent to the politics of African people on the planet. We met ambassadors from African countries and politicians from various countries. Some had ideas similar to the Pan Africanist views of Kwame Nkrumah and Seku Ture; some differed greatly. 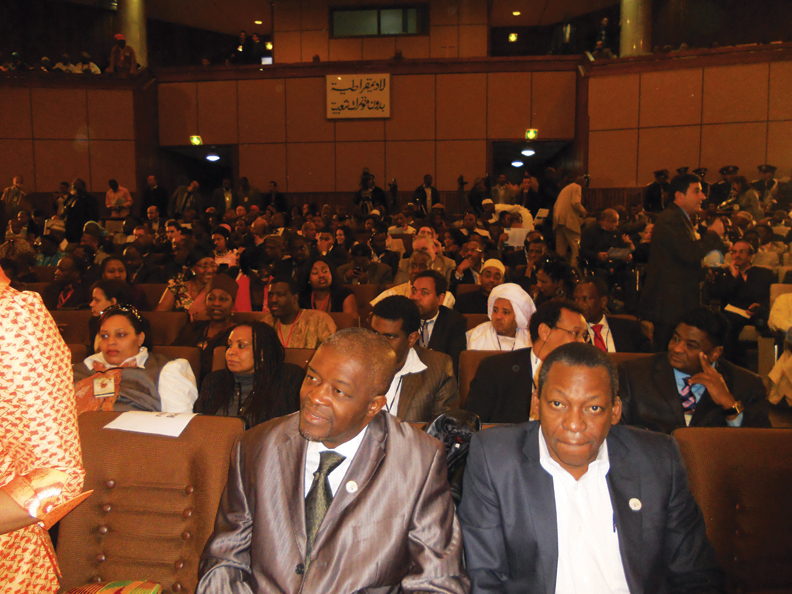 The highlight of the conference for me was when the delegations from the diaspora were asked to submit delegates from their respective regions who would act as an advisory committee to the African Union when dealing with the diaspora in those particular regions or on issues that affect African people globally. Hajj Malcolm Shabazz was picked to sit on this committee and Ra’Shida was selected to be a sub.

During the conference, we learned about the Green Book, the theoretical philosophy guiding Libya, written by the leader of their revolution and president of the African Union, Muammar Qaddafi. Some of the ideas that I have read up to this point are brilliant and deserve further study and discussion within our communities – similar to how the Panthers made the Red Book essential study for the political scientists of our communities. 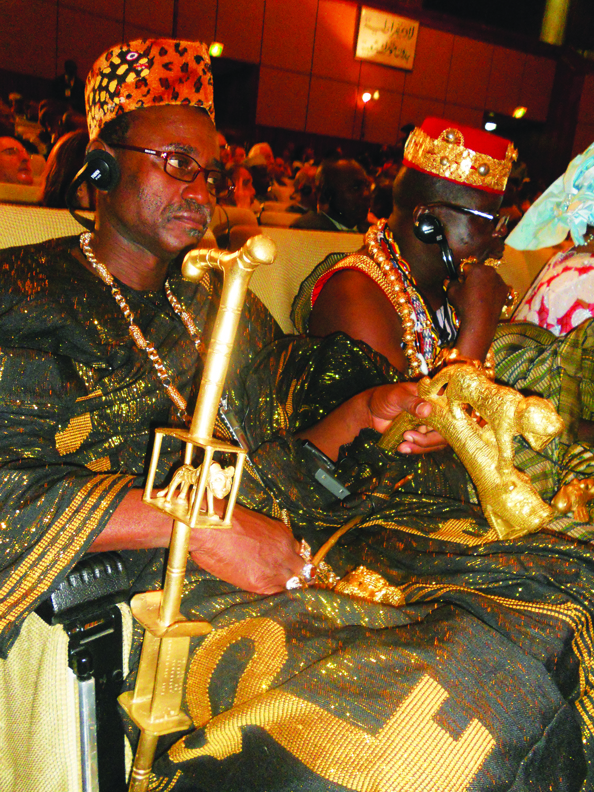 In terms of seeing Tripoli, we went to the Old Country of Tripoli, where we saw the Al Saraya, which is the piece of an American ship mast that was destroyed by the Libyan navy, which is hoisted on top of a building. We also saw the wall that the Roman Empire’s Marcus Aurelius built around Old Tripoli, which is close to the Mediterranean and surrounded by a harsh desert.

We learned that alcohol is illegal and that there are not any public Western dance clubs in this Islamic country. Our guide told us about how most essential goods are subsidized, especially gasoline, in this petroleum rich nation. A car that would easily have taken $45 dollars to fill up cost around $10 to top off. We saw a few malls in passing, but we shopped mainly in the open-air market that was close to the hotel we stayed in. We were hesitant to venture off to far, be it that we did not speak much Arabic and we were without a car. In the streets we noticed that the closer it got to the evening, the fewer Libyan women we would see in public on any given day that we left the hotel. I don’t know why, but I chalked it up to being a cultural thing.

Overall, traveling to Tripoli, Libya, Africa, for the first time was a humbling experience in itself, and to participate in such a historic conference just put the icing on the cake. I’m even more dedicated now to getting our people better organized for power in our countries and communities in Africa and all around the planet. I cannot fully put into words the way that this experience has affected me spiritually, politically and in many other ways. The only thing I can say is that I think all Black people should travel to Africa, the Motherland, at least once in their life if possible.