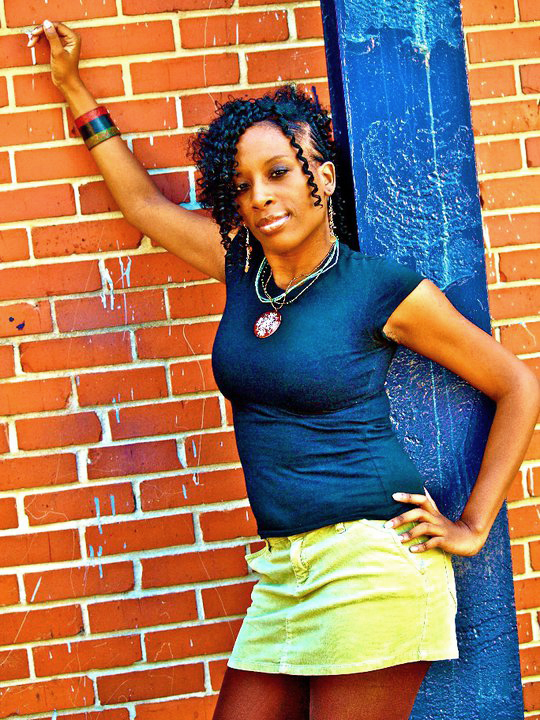 When I was riding in Memphis last year, my homegirl Phu’cha put me up on this revolutionary gangsta rap music by a woman I had never heard of, Aisha Sekhmet. Aisha Sekhmet was spittin fire and one of the hardest women I had ever heard in terms of the message that she was promoting. The only person that I would compare her to is Oakland’s Askari X. She captured my ear because of her boldness, her passion, as well as her intellect. Check out this fiery much needed newcomer to the rap world in her own words …

M.O.I. JR: How did you start rapping? How did you get to the point where you put your music out?

Aisha: I used to write poetry in middle school, and it evolved into music. I’ve never waited for anyone to make something happen for me, and I trust few people, so it came natural for me to put out my own music. I sell my CDs when I perform and online through my website.

M.O.I. JR: I see that you’re from the N.O. What do you think about the rap scene out there?

Aisha: The New Orleans rap scene is unique and has its own culture. I grew up listening to it. It’s called bounce music. You would have to grow up in Louisiana to understand it. It’s not about lyrics; it’s about the beat and making girls “pussy pop.”

M.O.I. JR: How did you become politically conscious? What motivates those political rhymes?

Aisha: I don’t define myself as being politically conscious. I’m motivated by everyday life. I have always been an outspoken person, so when you hear my music, you should understand that I’m thinking out loud and expressing how I view the world we live in. I think I say what most male rappers are afraid to say. They turn their anger into saying “Kill a Nigger.”

M.O.I. JR: You are probably one of the hardest female political rappers to come out. Why’d you choose to come aggressive rather than soft in most cases?

Aisha: I don’t believe in categorizing and putting a label on myself or any other rapper. Hip hop is hip hop. It just so happens all of us artists have different personalities. I’ve never been a “soft” type of person. I think I’m somewhat aggressive and it may come across as being hard, but the women who raised me didn’t believe in a lot of bullshit and tongue biting.

M.O.I. JR: Why do you ride so hard against Christianity?

Aisha: Christianity has rode hard on African people since the day of its false invention. Remember what Justinian and Theodosius did in Africa? Christianity is the cause of most of the ignorance in the Black community. The foundation of Christianity is lies. The mere fact that our ancestors were forced to believe in an imaginary friend named Jesus that would take care of their problems on Earth is the reason, today, that we won’t deal with anything going on in the physical world.

Aisha: Becoming more than I was 10 years before.

M.O.I. JR: Are you planning to come to the West Coast on your upcoming tour?

Aisha: Yes, I plan to come there. A lot of people on the West Coast like my music.

M.O.I. JR: What advice would you give to other political female MCs who are trying to do their thing independently?

Aisha: I don’t know any “political” rappers, male or female. There is no such thing. To the female MCs out there, I say this: “Know that in life you open your own doors. Don’t believe the lie that Lauryn Hill, Queen Latifah, Lil Kim and Nicki Minaj paved a way for you. Understand that they knew a Black gatekeeper who knew a powerful white owner (massa) in the music business that had the ability to get their music heard by millions.

“Even if you don’t know a gatekeeper or white massa, know yourself and focus on doing what you want to do with your music or your life. No one is stopping you but you.” Black women should understand that Black men in the entertainment industry treat us like shit because the white man treats him like shit. That won’t change until we return to the natural love we should have for one another.

M.O.I. JR: Do you run your own record company? Are you signed to an indy label?

Aisha: All independent artists are their own record label. Master P taught us well.

M.O.I. JR: How have people responded to your music?

Aisha: Some people are shocked; some people love it. I don’t expect many Black people to feel comfortable hearing my music since we depend on white people for everything from toilet paper to drinking water to paychecks.