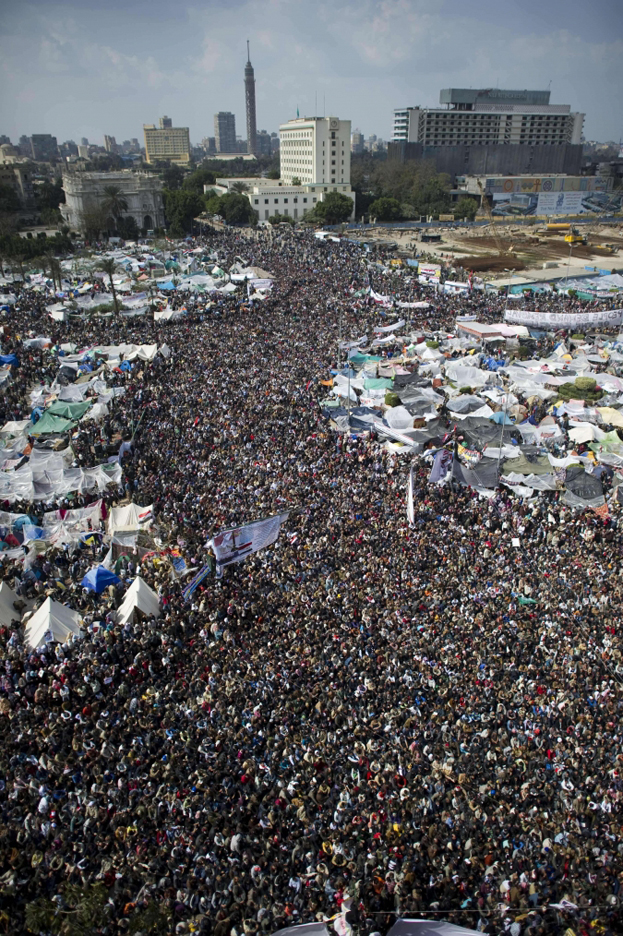 I’m so glad to be alive! This people’s victory in North Africa, first in Tunisia and now in Egypt, is OUR VICTORY TOO. We are all North Africans, i.e., human beings struggling to be free.

Clearly, the Egyptian people have been engaged in a decades-long struggle for liberation from an extremely oppressive regime backed up by the U.S. and Israeli imperialists – to the tune of billions in support of the military machine. This victory didn’t fall out of the sky or just up and happen one fine day. It’s the culmination of hard struggle, countless martyrs and political prisoners, strikes and demonstrations previously defeated, an unwillingness to give up and faith in the power of the people.

However, it was triggered by the Tunisian victory that was fired up literally by the self-immolation of a young, unemployed graduate student. His sacrifice led to similar sacrifices in Egypt, when four martyrs sacrificed themselves, followed by a young female student addressing the people via the internet and calling them to Liberation Square on Facebook.

Young people with brand new tools have spearheaded the revolution and won! Their spirit, their courage, their sacrifices will galvanize the people of the world to exercise their human right to be free.

I’m confident that the Egyptian people will learn from the mistakes of the past internationally and avoid them, that they will create a truly egalitarian government representative of the masses, and redistribute the nation’s wealth – first by appropriating at least some of the $70 billion stolen by Mubarak alone. No longer will the superrich 1 percent dominate the hungry majority. No longer will martial law, police brutality and gross injustice prevail.

The people have the power, and they will exercise self-determination, rewrite their constitution, and organize really free and fair elections with one person, one vote.

We, the people of the world, must give the North Africans as much support as we possibly can, learn from their experiences, and move forward toward global revolution that will liberate the entire global community.

Rejoicing with the Egyptian people

Feb. 11 – After 18 days of struggle, the Egyptian people have achieved the goal that united the country — a goal that was unthinkable 19 days ago. They have driven the long-entrenched U.S.-backed dictator, Hosni Mubarak, from the presidential palace. Through sacrifice and unshakable determination of millions, they have forced the corrupt Egyptian military high command to send their patron packing to his home in Sharm el Sheikh. 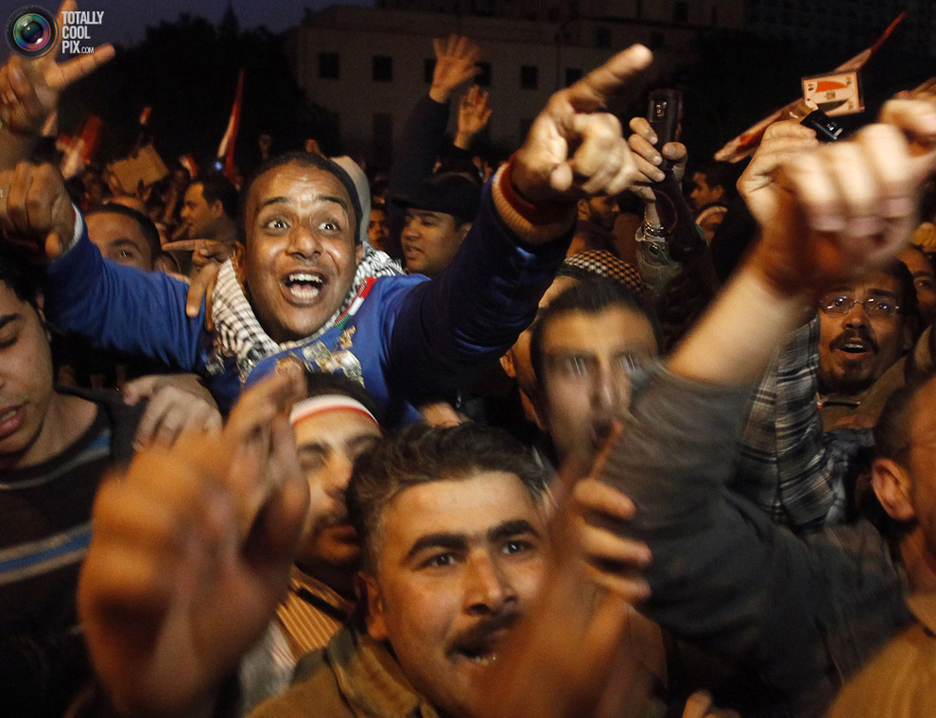 In 18 days the Egyptian people have stepped onto the stage of history with a thunderous stride that has shaken the foundations of the entire imperialist edifice constructed by the U.S. government in Egypt and the Middle East for the past 30 years.

The ignominious departure of Mubarak, driven out in humiliation by the glorious Egyptian uprising, will reverberate in the palaces and shake the thrones of all the puppets of Wall Street in the entire region – including the Zionist regime in Tel Aviv.

This political victory will strengthen the struggle of the Palestinian people, oppressed and exploited people of the Middle East and of the entire world.

The sight of the millions demanding national rights and popular democracy is viewed with the greatest trepidation in the board rooms of the oil monopolies, the bankers and the transnational corporations on Wall Street that have stolen the wealth, plundered the resources and exploited the people of Egypt and the Middle East since the days of colonialism.

The revolution has forced the very architects of the Mubarak dictatorship — the White House, the Pentagon, the State Department and the CIA — to hasten to cover their bloody tracks and to curry favor with the Egyptian people, after vacillating and double talking throughout the 18 days. President Barack Obama, Secretary of State Hillary Clinton, Secretary of Defense Robert Gates and CIA director Leon Panetta were all finally compelled to embrace the uprising and distance themselves from their long-time client, Mubarak.

The U.S. government wants to take the minds of the masses off the fact that Washington gave $50 billion in military aid to the hated oppressors of the millions of Egyptians who are now in the streets.

Washington has gone from Hillary Clinton’s statement on Jan. 25, the first day of the uprising, that the Mubarak regime “is stable” to finally trying to push him out the door. This is for one reason only: The masses were adamant that they would not accept anything less. The people camped out in the square by the tens of thousands, never knowing whether or not repression would come down on them.

The masses answered every challenge to their struggle with resistance. In the first two days of the uprising, they drove the police from the streets. When the regime responded to the Million Person March by sending thugs and police agents to take the square away from the demonstrators by violence, the counterrevolutionary goons were pushed back in two days of heavy fighting.

We hail the heroic fighters of Liberation Square who held off the thugs and held the square for the people. This was a decisive moment for the revolution. Their victory paved the way for the massive Day of Departure demonstrations and everything that followed.

Great force was added to the uprising when tens of thousands of workers went on strike raising both economic and political demands at the final phase of the struggle.

We mourn and celebrate the lives of the hundreds of martyrs who were killed during the uprising; the present great victory shows that their lives were not given in vain.

We pay tribute and will give continued support to the heroic Tunisian people who first ignited the struggle that swept into Egypt and is spreading throughout the Middle East.

Of course, Washington’s ultimate goal is to find a way to undermine the revolution from behind the scenes. U.S. imperialism has much at stake in Egypt and will do everything possible to retain its position there.

The role of the movement in this country is to keep U.S. imperialism from intervening openly or covertly, economically, politically or militarily, to subvert or derail the Egyptian Revolution.

By their statements, the Egyptian people have made clear their goals. They want an end to the military/police state and revocation of the emergency law. They want to tear up the old constitution and write a new one that inscribes a popular democracy. They want to dissolve the old parliament. They want an end to corruption and the return of the billions of dollars stolen by Mubarak and his cronies. They want a representative government of national unity, freedom for political parties and general democratic freedoms, freedom for thousands of political prisoners and a genuinely democratic election. They want an established minimum wage and the right of workers to organize, an end to poverty and mass unemployment, and the right to a future for the youth of the country.

In short, they are demanding a national democratic revolution.

The next phase of the struggle will bring all these questions onto the agenda. And the Egyptian people will cope with these issues, including the all-important questions of the role of the military, questions of popular leadership, mass organization, etc. They will deal with these and other issues when they have savored this first, indispensable and historic step of having driven the dictator from the palace and have time to assess the situation.

But today is the time to join the people of Egypt in rejoicing in their momentous victory.

Victory to the Egyptian Revolution!