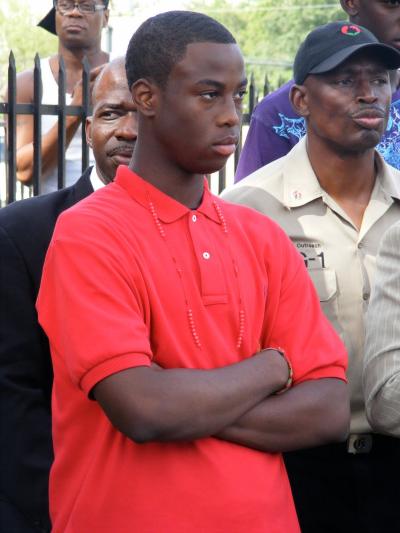 For nine months after 15-year-old Chad Holley, charged with burglary, accused the Houston police of viciously beating him when he had surrendered and was lying face down – like Oscar Grant – on the ground, the people who run Houston refused to release a video of the beating. Finally, a copy was acquired and turned over this week to ABC Channel 13 in Houston by Quanell X of the New Black Panther Party.

When Holley was tried and convicted of burglary last summer, the judge would not allow the video to be shown. The boy, now 16, was sentenced to probation.

Nsenga Burton writes for The Root: “(A) videotape of the brutal beating doled out to then-burglary suspect Chad Holley has been released. Holley, who was 15 years old at the time of the crime, was running from police when he was hit by a cruiser, when he surrendered. As he lay on the ground motionless with his arms behind his head, police officers surrounded the boy, stomping and kicking him mercilessly in the head and chest. Even after the boy was handcuffed, police officers continued beating the boy.

“The incident was caught on tape, but the tape was ruled inadmissible during Holley’s trial, in which he was convicted of burglary in July 2010. The judge (said he) did not want to prejudice jurors in the upcoming trial of the police officers, four of whom were indicted on official oppression charges and fired after the surveillance tape surfaced. …

“Holley has now filed a federal civil rights lawsuit alleging that HPD officers beat him during his March 23 arrest.” 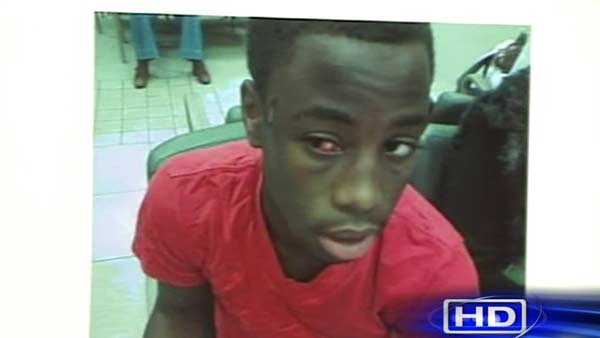 “Houston Mayor Annise Parker, the HPD and the District Attorney’s Office all blocked public access to the Chad Holley beating video for nine months, but Quanell X (born Quanell Ralph Evans), leader of the New Black Panther Party, got it into the hands of KTRK, a Houston ABC affiliate.

“The four officers shown repeatedly punching and kicking Chad Holley were suspended and charged only with misdemeanor ‘official oppression,’ as opposed to assault or attempted murder.

“In all, 12 Houston cops were disciplined over the incident, which HPD desperately tried to keep from going public.”

Neil Aquino, blogging for Texas Liberal, quoted “a KTRK report on how police officers are disciplined in Houston …: ‘Seven of the Houston police officers on the tape seen beating Chad Holley were fired for what the police chief saw … But in Houston, firing a police officer doesn’t always mean they stay fired.’ …

“Mayor Parker was wrong from the start to oppose release of the tape.

“The video may ‘go worldwide’ as the mayor says she fears, but she has had every opportunity since she became Mayor in 2009 to address the underlying social and economic conditions in Houston that help propel young people in our city towards crime.

“To my recollection, the mayor has never taken up that subject.

“Let people see the facts as they are in our city.”