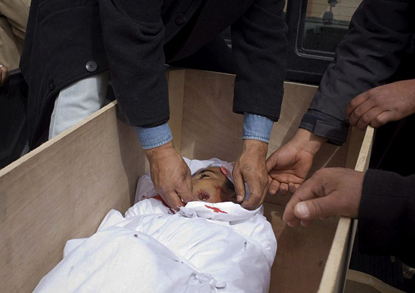 In 1987 I was a member of the first U.S. Peace Delegation to Libya. We went there to commemorate the first anniversary of the U.S. bombing of Libya in 1986.

In April 1986, U.S. warplanes struck Tripoli at 2 a.m. They bombed the Gaddafi family residence, wounding several of his family members and killing his 15-month-old daughter. My daughter was about the same age at the time and I really, really felt it.

The U.S. planes also bombed a civilian apartment complex, miles from any military targets, killing dozens of children as they slept. I helped place flowers on the graves of these children in the Martyrs Cemetery located in the middle of the old Italian race track in Tripoli.

This past Sunday morning I woke up and turned on the news to see a grieving Libyan family burying their 3-year-old daughter, killed as she slept by the latest U.S. attack on Libya.

Over the past quarter century I have followed developments in Libya and since moving here to Eritrea in 2006 have even had Col. Gaddafi spend the night in his tent on the beach down the road from our home on the Red Sea.

The USA seems to need an Arab or Muslim boogeyman to hate. Before Osama Bin Laden, there was Saddam Hussein and before Saddam Hussein, there was Muammar Gaddafi. With such a long history involved, it seems that almost everyone needs to be brought up to date on what is really going on in Libya.

First, some history. In 1969 when Col. Gaddafi came to power by overthrowing the Libyan king in a military coup, Libyans were one of the poorest people in the world with an annual per capita income of less than $60.

The free public health system in Libya is one of the best in the Arab world and Libya’s free education system up to the graduate level is as good if not better than any other in the region.

So the question is, why has a revolt broken out?

The answer, which I have been intensely researching for the past month is not a simple one.

The revolt started in Benghazi in eastern Libya. A very important point not mentioned anywhere in the international media is the fact that due to geographic location, being one of the closest points to Europe from the African continent, Benghazi has over the past 15 years or so become the epicenter of African migration to Europe. At one point, over a thousand African migrants a day were pouring into Libya in hopes of arranging transport to Europe.

The human trafficking industry, one of the most evil, inhumane businesses on the planet, grew into a billion dollar a year industry in Benghazi. A large, viscous underworld mafia set down deep roots in Benghazi, employing thousands in various capacities and corrupting Libyan police and government officials. It has only been in the past year or so that the Libyan government, with help from Italy, has finally brought this cancer under control. With their livelihood destroyed and many of their leaders in prison, the human trafficking mafia have been at the forefront in funding and supporting the Libyan rebellion.

Many of the human trafficking gangs and other lumpen elements in Benghazi are known for racist pogroms against African guest workers. Over the past decade, they regularly robbed and murdered Africans in Benghazi and its surrounding neighborhoods. Since the rebellion in Benghazi broke out, several hundred Sudanese, Somali, Ethiopian and Eritrean guest workers have been robbed and murdered by racist rebel militias, a fact well hidden by the international media.

Benghazi has also long been a well known center of religious extremism. Libyan fanatics who spent time in Afghanistan are concentrated there and a number of terrorist cells have been carrying out bombings and assassinations of government officials in Benghazi over the past two decades. One cell, calling itself the Fighting Islamic Group, declared itself an Al Queda affiliate back in 2007. These cells were the first to take up arms against the Libyan government.

The last and most difficult problem that has been festering in Libya is based on well known backward cultural beliefs in Libyan society. Libyans will not take jobs they consider “dirty.” Back in 1987, the Libyan English Department students who were our escorts talked openly about this problem. Libyan youth who finish their education will not take entry level jobs that involve any menial work. They expect to have immediate employment in well paid positions with good salaries, nice apartments and new automobiles. 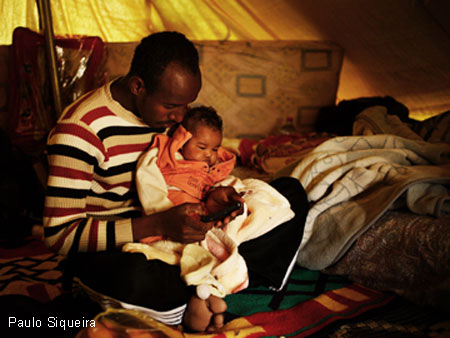 The Libyan government has been forced to import hundreds of thousands of guest workers to do the “dirty work” Libyans refuse to do, first from sub-Saharan Africa and later from Asia.

The result of this is that thousands of Libyan youth are unemployed, living at home off of their families, and this parasitical existence has led to a serious social problem. Alcohol, banned in Libya, and drug abuse among the youth has been a growing problem.

All of these diverse social problems came to a head when the Arab street began its uprising against their Western supported elites, first in Libya’s neighbor Tunisia and then in Libya’s other neighbor, Egypt.

When the first demonstrations of discontented youth took place in Benghazi, the loose coalition of terrorist cells and human trafficking gangs immediately took advantage of the turmoil to attack the high security prisons outside of Benghazi where their comrades were locked up. With the release of their leadership, the rebellion began attacking police stations and government offices and Benghazi residents began to wake up to the sight of dead bodies of police officers hanging from freeway overpasses.

The Libyan government lead by Col. Gaddafi has always been careful to not allow a large, powerful regular army to develop, instead relying on a system of “revolutionary committees” to run local communities and oversee security in the country.

These “revolutionary committees” had never been seriously tested and were slow to respond to the rapidly spreading rebellion. Eventually the Libyan government was able to organize itself and took the offensive against the rebellion. The rebels, mostly untrained youth and loosely organized militias, were driven from their newly won territory and it became apparent that their rebellion would fail. Even high ranking U.S. intelligence officials admitted as much publicly.

Libya is an oil rich nation, close to Europe, with the largest proven oil reserves on the African continent. With such an enormous prize at stake, the decision was made to launch an attack on Libya, a massacre really, for there is no defense today against cruise missiles and high altitude bombing, especially when it is done only at night, to hell with civilian casualties.

After their attacks and invasions of Iraq, Afghanistan and Somalia, few people in the world believe the Western claims of attacking Libya out of concern for preventing civilian loss of life. The USA and its European allies are taking a very dangerous gamble in attacking Libya today. With the Arab countries facing the possibility of real revolutionary situations developing, by which I mean armed revolts against their Western-backed elites, the attack on Libya could eventually ignite the very explosion the West is so desperate to prevent.

It is impossible to say where the attacks on Libya by the West will lead – to a Kosovo repeat or eventual victory for the Libyan government headed by Col. Gaddafi.

The one thing that is certain is that the Libyan people will pay a steep price to keep their country, a price that will inevitably have to be paid in Libyan blood.

I am already making plans to visit Libya this time next year, hopefully as part of the second U.S. Peace Delegation to Libya. God only knows how many flowers we will need for all the graves of Libyan children killed in this latest massacre committed by the USA and its European partners.

Thomas C. Mountain, a well known commentator on Africa who lives in Asmara, Eritrea, has served as publisher of the Ambedkar Journal and was a founding member of the Phoolan Devi International Defense Committee. He can be reached at thomascmountain@yahoo.com. This story first appeared on Countercurrents.org.