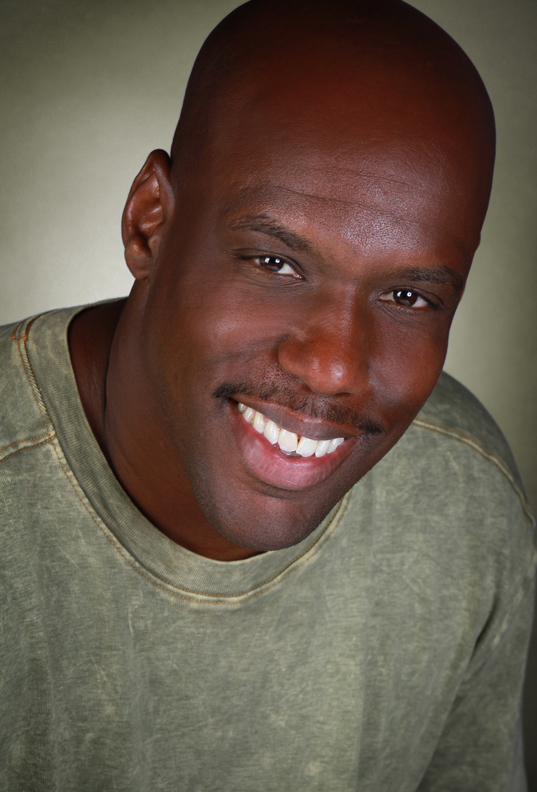 I’m a Chicago native. On Sept, 7, 2010, I was thrown in what Los Angeles County sheriffs called a cell in the Century Regional Detention Facility, 11703 Alameda on the Mona Boulevard side. There was no toilet in the room. Instead of receiving a citation, I was handcuffed though not arrested – not read my rights – for not paying $1.50 train fare.

Sgt. Mario Rodarte waited until I was handcuffed in the car to pull out a Taser and spark it, trying to intimidate me. I responded by cursing and ended up at Century Regional an hour later, near 8:30 p.m. Arrested at Seventh and Metro on the Figueroa side, I was taken over 10 train stops away and thrown behind bars, although I remained silent, never showing ID.

I was booked under the fake name “Charles White” and booking number 2469541 although I hadn’t been asked to fingerprint. The next night, Sept. 8, I was asked to print and exercised my right to refuse. Two uniformed men forced my prints while others videotaped. After the illegal printing, I was taken to Men’s Central Jail.

I spent Sept. 8-9 on a bench handcuffed as if I was Hannibal Lecter (“Silence of the Lambs”). I was in excruciating pain. Then I was tossed in 172B Pod 12 on the seventh floor of TTCF (Twin Towers Correctional Facility) but never knew which tower and no one answered my questions. My right arm was cuffed outside the pod through a food drawer and attached to the door handle with my body inside.

On Sept. 10 or 11 – it’s hard to remember – three plain-clothed Hispanic men came up to the pod in the middle of the night and yanked the chain with cuffs attached, causing me to be cut and bloody. I refused medical treatment and asked to be released because no charges were pending against me. I was laughed at and demanded a phone call. I was denied. I asked the nurse and psychiatrist – LACSD called me a mental patient – to get me a phone call to ACLU. It never happened.

I remained under “handcuffed observation” until Sept. 20 and went to court at 210 W. Temple St., where I was barefoot and handcuffed behind my back in court. I remained silent and was thrown back into 172B Pod 12 without cuffs until Oct. 1, when Sgt. Geary, a white female, came up to the pod with a court order to release me because Judge Craig Richman knew there were no charges against me.

The jail sheriffs ignored the order, put me on a bus and forced me into court. I remained silent and was thrown back into the pod. On Oct. 22, the sheriffs got a hearing for me to appear at 1150 San Fernando Rd. for a “mental competence hearing.” I was deemed competent.

On Nov. 5, Commissioner Kristi Lousteau gave me time served for 422 P.C., which my public defender, Brandon J. Henderson, said was a misdemeanor. They overlooked the fact that the complaint was unsigned by the alleged victim and committing magistrate. On Nov. 9 I went to get a copy of the case file, BA375709, from the clerk’s office and some employee had forged the victim’s signature. Fortunately I had already obtained the original file from Henderson.

I was in jail for 61 days with no charges, no shower, no phone, no brushing teeth etc. Sheriffs turned water off in the pod for 20 days and I was naked in the pod until Nov. 5 after court. If you would like to help me sue and/or close the jail, call me at (213) 784-5135 or email close.la_countyjail@yahoo.com.

Deaths reported as suicides in the Los Angeles County Jail:

From 2000-2007, Los Angeles was rated first in California and first in the entire country for inmate deaths. L.A. had 17 percent of inmate deaths for the top 50 counties in California. An average of nearly three prisoners per month died in L.A. County Jail.

Not all these deaths are suicides. An attempt was made on my life while I was there, and it was set up to be a phony “suicide.” I know a Black family whose female relative was murdered in her single cell. The body was held from the family for 30 days and the autopsy was held longer. Cause of death was “inconclusive.”

According to a 2010 report, the Los Angeles jail system held over 20,000 detainees and is the largest jail on earth, costing nearly $1 billion a year to operate.

This is the 21st century, yet the conditions in the Los Angeles County Jail are similar to slaves packed tightly on a ship during the Middle Passage. Men’s Central Jail is so overcrowded that each three-man cell houses six men.

This is the 21st century, yet the conditions in the Los Angeles County Jail are similar to slaves packed tightly on a ship during the Middle Passage.

What percentage of these inmates are Black? How many are charged only with misdemeanors and could be released on their own recognizance? How many refused fingerprinting like I did? How many have zero bail and a zero bail hold like I had? Why aren’t bails reduced more often since jail is so grossly overcrowded?

Charles William Wright III can be reached at close.la_countyjail@yahoo.com. This story first appeared in the People’s Tribune.

Jail in need of systemic reform and decrease in population

by Will Matthews and Diana Rubio 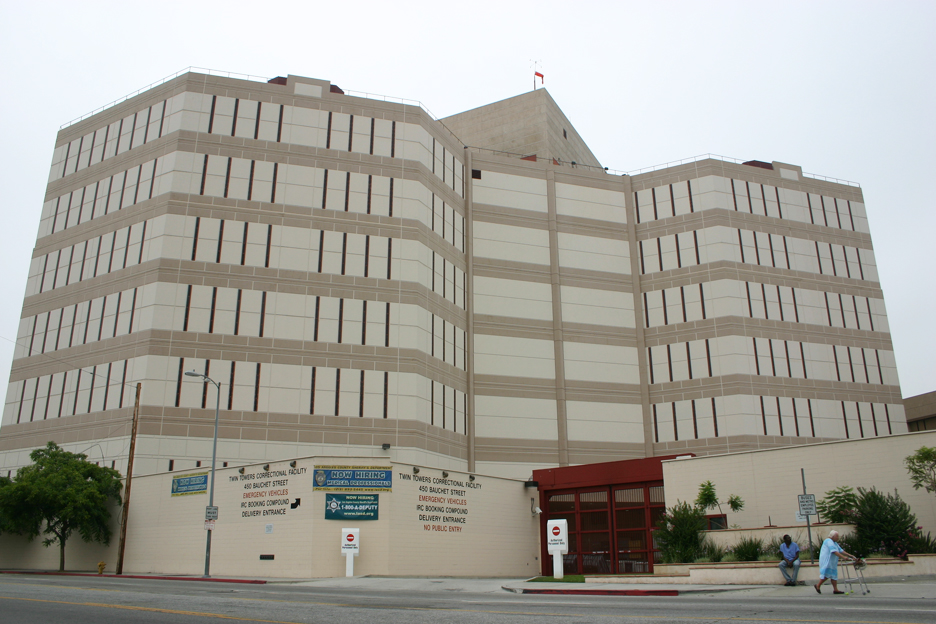 The Jan. 24 savage attack on James Parker, detained on a non-violent marijuana charge, was witnessed by ACLU/SC’s Jails Project Coordinator Esther Lim, who is assigned to monitor all county jails, and another inmate. Both observed the two deputies beating Parker for about two minutes while he was lying on the ground limp, motionless and not resisting the deputies in any way. One of the deputies also repeatedly used a Taser against Parker.

“It is crucial that the federal government launch an independent investigation immediately,” said Peter Eliasberg, ACLU/SC managing attorney. “A criminal investigation from an impartial outside agency will not only help the inmates but will also help all those deputies who work hard to do their job properly and who should not be painted with the same brush as those who may have violated the law by beating a non-resisting inmate.”

Sheriff’s department employees have made groundless public statements challenging the motivation and integrity of Lim, calling into question the impartiality of the LASD. Lim would necessarily be a key witness in any criminal case filed against the deputies and so the statements by sheriff’s department employees could significantly harm any prosecution by the county district attorney that relies on an investigation by the LASD.

“It is odd, and indeed troubling, when a law enforcement spokesperson publicly disparages the credibility of a potential prosecution witness,” said Daniel Richman, a professor at Columbia University’s School of Law and former Assistant United States Attorney for the Southern District of New York. “Such comments can undermine the appearance of impartiality critical to maintaining public trust in the criminal justice system. Moreover, if a prosecutor ends up bringing charges, the defense may try to use the comments to undermine the credibility of that witness, a problem that no prosecutor wants to deal with.”

“It is odd, and indeed troubling, when a law enforcement spokesperson publicly disparages the credibility of a potential prosecution witness. Such comments can undermine the appearance of impartiality critical to maintaining public trust in the criminal justice system.”

But in each instance, the department has only stonewalled, asserting without presenting a shred of evidence to back up its claims that it has “thoroughly investigated” the complaints before finding them to be false.

“The subculture of deputy violence and abuse at the Los Angeles County Jail is extraordinary and unprecedented,” said Margaret Winter, associate director of the ACLU National Prison Project. “It has gone unchecked for so long that deputies apparently feel emboldened to carry out a savage beating in full view of ACLU staff. This signals both the depth of the problem and the urgency of the need for an independent federal investigation, which we believe will be forthcoming.”

Lim’s sworn declaration, filed in U.S. District Court for the Central District of California is available online at www.aclu.org/prisoners-rights/declarations-esther-lim-and-christopher-brown-regarding-january-24-2011-beating-twi.

Will Matthews of the ACLU national office can be reached at media@aclu.org and Diana Rubio of the ACLU of Southern California at drubio@aclu-sc.org.