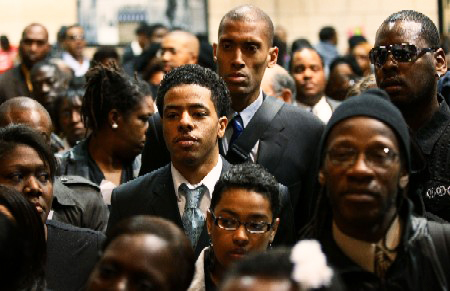 From March 29th through the 31st, the National Urban League brings its fight for urban jobs to Capitol Hill with its 2011 Legislative Policy Conference. This year’s summit will make the case for targeted action to tackle the persistent unemployment crisis in Black America.

Dozens of Urban League affiliate delegations comprised of CEOs, board chairs and the presidents of affiliate Guild and Young Professional auxiliaries will join us for meetings on Capitol Hill with U.S. senators and representatives.

The conference also serves as the backdrop to the release of the National Urban League’s landmark annual publication, “The State of Black America,” being held this year at historic Howard University, with a town hall event featuring Howard students, faculty and others, moderated by Jeff Johnson and Roland Martin.

The highlight of this year’s legislative summit and State of Black America report is jobs, jobs, jobs. The great recession is officially over. But, with overall unemployment now at 8.9 percent and 13.7 million people still out of work, the recovery has been painfully slow and has yet to make a significant visit to communities of color.

The Labor Department’s February jobs report shows Black unemployment at 15.3 percent. The rate is 16.2 percent for Black men and 11.6 percent for Hispanics. Clearly, the jobs crisis persists in urban America and an immediate national response is long overdue.

In the past, our nation has declared war on poverty … war on drugs … even war on obesity. Today, I call on Washington to declare war on unemployment and the first line of defense must be urban America. The truth is, any recovery that fails to bring jobs and prosperity back to urban and communities of color is a recovery in name only.

Any recovery that fails to bring jobs and prosperity back to urban and communities of color is a recovery in name only.

America can only succeed if its cities and the people who live and work in them have access to jobs and are fully prepared to excel and innovate in those jobs. That is the key message of this year’s “State of Black America.”

Our report takes an honest look at the reality and underlying causes of double-digit joblessness in Black America. But we don’t just point out the problem; we offer a solution with a 12-point blueprint for quality job creation.

Our plan recognizes that as the nation takes steps to reduce our ballooning deficit, we must make tough choices. But if, as the president has said, we are going to “win the future,” this is no time to cut investments in our people. That means, among other things, we must invest in summer jobs for teens, broadband and green jobs for their parents, and direct job creation for cities and states.

Our report will also unveil the National Urban League’s 2011 Equality Index, our annual comparison of the social, political and economic status of African Americans and Latinos to that of whites. It highlights some successful job-creating initiatives by the Urban League and others.

The National Urban League’s State of Black America Town Hall event will be held on Thursday, March 31, 10 a.m. – 12 p.m. at Howard University’s Crampton Auditorium. The event is free and open to the public. To view the live webcast, visit nul.org. Marc H. Morial is president and CEO of the National Urban League.