Present-day Bayview is not so different than it was years ago. The Third Street strip is lined by clubs and small, family-owned restaurants, an abundance of convenience stores, a few delis and fruit stands, but no large grocery stores. In fact, for a number of years, the Bayview had no supermarket chain stores at all.

However, with the Bayview being one of the biggest neighborhoods in San Francisco – the population was totaled at 25,310 as of 2008 – it is clear that we are living in the middle of a healthy-food desert. While there are now two grocery stores, both on the outskirts of the community, it is clear that the presence of healthy food has been replaced by an abundance of fast food restaurants and other unhealthy resources.

Growing up, I saw and experienced the disparity in healthy resources and lack of positive legislative action for food justice within the Bayview community. Seeing this inspired me to study the effects of food deserts in hope of creating awareness and change within the Bayview and other communities so that healthy food could be an affordable option for community members.

Last summer I got the opportunity to study this issue during my time at the CHORI Summer Research Program at the Oakland Children’s Hospital, where I created a survey to gauge the impact that lack of healthy food resources has on the rate of diabetes and hypertension in youth. I surveyed 50 patients about their eating habits, the presence of healthy food and fast food in their neighborhoods, and a number of other questions concerning their health.

I found that of the 50 patients, none of them ate the recommended five-plus servings of fruits and vegetables each day and 62 percent said that they would eat more fruits and vegetables if they were more accessible to them. I also found that, like the Bayview, the patients had fast food sources within walking distance more often than they had grocery stores.

After some reading about food deserts, I realized that much of the lack of resources is due to redlining. Redlining is a process performed by lenders, companies and other potential resources to discriminate against and divest funds and services from a neighborhood based on their supposed risks and foreseen inability to yield successful returns when given the support. 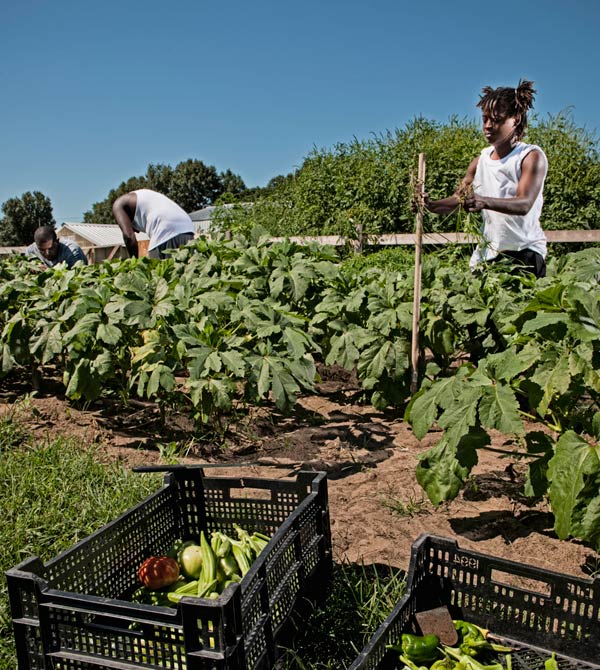 I started to understand that the corner stores and fast food restaurants in my community were able to thrive because they have been placed in a community that lacks healthy, affordable alternatives. These unhealthy businesses are able to succeed in our community because they attempt to – and often succeed – replace grocery stores and supermarkets by selling things that are sold at these venues – for example, fruit, meat, paper towels, toilet tissue, vegetables etc. – at hiked prices and poor quality, in the case of the fruits and vegetables, because of longer shelf-life in an environment that was not designed to preserve and maintain perishable items.

However, the presence of these unhealthy sources is not a band-aid solution for the lack of healthy resources. It is an unfit replacement and hindrance for growing families who have to choose between price and quality – often without healthy produce being an option.

The presence of healthy food in all communities is necessary for everyone to have the opportunity to embrace a healthy lifestyle as a reality and not something that is characterized as only belonging to people who can “afford” it or who live in more affluent communities. The denial of accessible healthy food for some has created a view of healthy resources as a privilege enjoyed by those with grocery stores and supermarkets nearby rather than a right for all to enjoy equally.

The denial of grocery stores and healthy food businesses in certain neighborhoods creates a hierarchy of classes, those that are “deserving” or “worthy” of healthy resources and those who are not. However, I would like to pose the question to all the companies who make the decision of healthy food placement: “Who IS worthy of eating nutritious healthy food necessary for the growth and thriving of all?” I hope that the actions in the future will point towards the right answer, which is “everyone.”

Tanea Lunsford can be reached at tanea.lunsford@gmail.com.

It’s not over until Black business owners in Bayview sing!