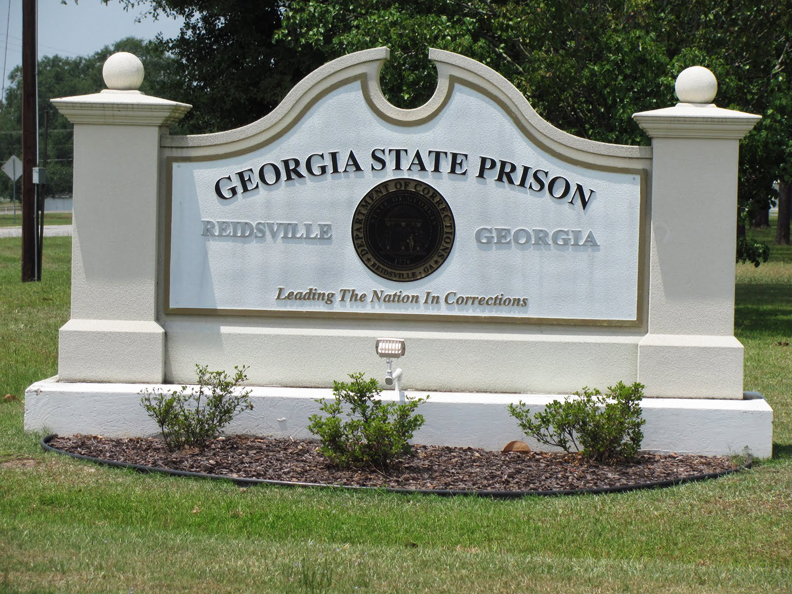 Georgia State Prison, here in Reidsville, Georgia, is notorious for its deplorable and degenerative living conditions. A prison identified by its dwellers during the 1960s and on up to this day as “The Bottom” (i.e., The End), due to its life-negating atmosphere, is once again living up to its sadistic name by fostering and maintaining an atmosphere that produces death.

In August 2010, the Georgia Department of Corrections finally decided to demolish the most repressive, unhealthy and cruel and unusual units of its most infamous prison.

The prison? Georgia State Prison. The two units? M and L units. At first thought, when one initially hears of the two units being demolished, one would think to applaud the decision until, that is, one comes to know why these two torture units are being demolished and what is the potential health risk from the demolition?

The reasoning for the demolition is the overall unhealthy living conditions in the building. Now, the reason for pausing on the applause is because the demolition of M and L units is due to those buildings holding asbestos. Asbestos, an incombustible, chemically resistant substance that is capable of causing lung disease. After being exposed, 10 to 20 years may pass before disease becomes noticeable. Ten to twenty years from now, many of us will be long gone from the prison and may have forgotten about our exposure to this toxic substance.

Initially, when the demolition of the two torture units began, we heard that the prison officials and the demolition team would have a sort of tent-like structure set up to prevent the spread of this toxic substance into the air that we prisoners and even the lower level prison staff must breathe.

But this structure has yet to be erected, even though it’s reported that the halt on the demolition from October to December was due to a call to federal authorities by a prisoner questioning the safety and hazards of not erecting the tent. And so, right now as I write this, there is no preventative structure erected and thus we are being directly exposed to the asbestos, as the demolition has begun again.

To compound that, on Feb. 9, 2011, in the dormitory that I reside in, the prison officials hurried into the dorm with their mouths covered and escorted a prisoner out of the dorm to the medical lockdown unit and then emergency transferred him to the Georgia prisoner hospital in Augusta.

In June 2010 here in this very same dorm, F-2, a prisoner by the last name of Fitzpatrick had been complaining of chest pains, stomach pains, cold sweats. He’d been to the medical section many times, telling the medical personnel of his illness, symptoms etc. He was sent back to the dorm each time and told he just had a cold or a touch of pneumonia.

It wasn’t until February, eight months later, that Fitzpatrick received proper treatment. And this treatment came only after Fitzpatrick began spitting or vomiting up blood, and fellow prisoners began beating on doors, windows and walls trying to get the attention of the officer to let him know that Fitzpatrick was really sick.

Finally medical personnel arrived and gurneyed him to the hospital in county. A month later we got word that Fitzpatrick had died; some say days later the word was out that he’d died. He lived in this same dormitory.

The next case was a prisoner with the last name Hicks. He suffered for weeks until the medical personnel and officials took his complaints seriously and escorted him to the medical section of the prison. The rest is mysterious. We haven’t heard from him.

After Hicks, there was the case of a prisoner whose last name is Mohorn. This prisoner suffered similar to Fitzpatrick, only difference being Mohorn knew that he was suffering from TB.

The officials knew, the medical personnel knew, but what did they do? NOTHING. This prisoner complained and complained; prisoners in this dorm complained. Finally, Mohorn fell ill and was emergency-escorted to the medical wing of the prison. That was about five months ago. We haven’t heard from him since.

The latest case was about four days ago, when a prisoner with the last name Smith reported that he’d been exposed to the TB strain, perhaps by either Mohorn or Fitzpatrick. Smith, to my knowledge, had been misdiagnosed and was thus being improperly treated.

So at approximately 1:30 p.m. on Feb. 9, 2011, officials entered this dorm and escorted prisoner Smith out. An hour later he was emergency-transferred to the medical prison at Augusta. As of that time and even as I write this, only one person has been tested for TB. This dorm has not been tested, quarantined nor even spoken to about this latest episode.

Coincidently, in this dormitory – where the prison’s TB outbreaks came out of – there is the largest body of litigators (i.e., jailhouse lawyers), all of whom have fought or are fighting the state or its agencies. In this dorm are also many of your warrior-type brothers, brothers who have histories of protesting, rioting or just fighting the people who run these places. In here are also found some of your more vocal gang members.

Minister of Information JR interviews two Georgia lifers, Israel Espinoza and Eugene Thomas, about the prison conditions at Georgia State Reidsville, where the prison administration is intentionally trying to spread TB and asbestos poisoning among the most politically active prisoners. This interview aired recently on KPFA 94.1FM and kpfa.org.