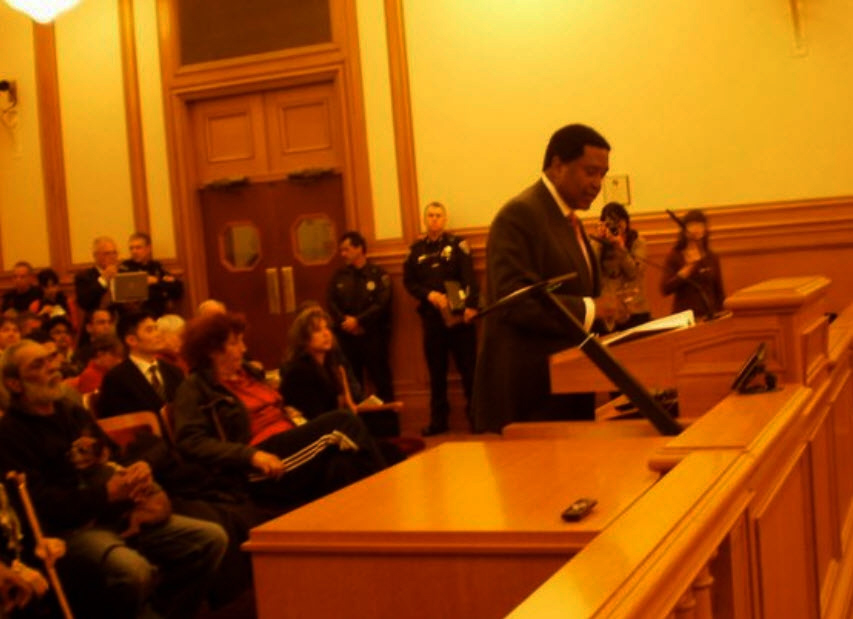 Former Mayor Newsom and former Police Chief George Gascon argued that equipping police with Tasers would reduce officer-related shooting by as much as one third. This argument is false. If police officers are genuinely endangered by an armed suspect, they will use a gun even if they have a Taser.

Instead, Tasers will be used on unarmed suspects as an additional means to threaten or terrorize non-compliant subjects. ACLU research shows that 80 percent of Taser use is against unarmed individuals. If police officers are adequately trained and willing to use their training, they can handle non-compliant subjects without Tasers. Psych techs do it every working day.

Police policy is that officers are NOT to shoot unless they or someone else is in danger, meaning the suspect is armed. So if it’s true, as Newsom and Gasgon said, that Tasers would reduce police shootings by one third, and 80 percent of Taser use is against unarmed suspects, that implies that police are currently shooting unarmed suspects. Gray Panthers do not believe Tasering unarmed suspects is an acceptable substitute for police execution.

Police use of Tasers against unarmed suspects will make racial profiling all the worse. In San Diego, Blacks and Latinos are twice as likely to be Tasered.

Tasers are not-non lethal. Amnesty International has counted 357 Taser-related deaths in the U.S. When police Taser someone, they have no way of knowing whether it will cause death or permanent injury. Recently, the U.N. Committee Against Torture (CAT) stated that the use of Tasers in Portugal constituted torture.

Courts do not protect against Taser abuse. A seven-month pregnant Seattle Black woman was pulled over for allegedly speeding. When she refused to sign the ticket, thinking it admitted guilt, and did not get out of the car, she was Tasered three times. A court ruled police acted reasonably.

Tasers do not belong in any police force.

The San Francisco Police Commission already indicated its extreme unease with Tasers. We will not speculate on what is behind this new move to arm police with Tasers, but whatever it is, it has nothing to do with public safety. Reject this measure which is so potentially damaging to the fabric of San Francisco.