A legal dispute in the rural Louisiana town of Waterproof has attracted the attention of national civil rights organizations and activists. Color of Change, an online activist group that helped garner national attention for the Jena Six Case, recently rallied their members in support of Waterproof Mayor Bobby Higginbotham, who has been held without bail since May of 2010. Advocates say the town’s mayor and police chief, both African American, were targeted by an entrenched white power structure, including a parish sheriff and district attorney, who felt threatened by newly organized Black political power in the town and are seeking to use the court system to undo an election.

While the mayor and police chief were both found guilty last year, their defenders say the trials have not resolved the conflict. Rachel Conner, a lawyer representing Higginbotham in his appeal, says she has never seen a case with so many flaws. “Essentially, every single thing that you can do to violate someone’s constitutional rights from beginning to end happened in his case,” she says.

The charges and counter charges are difficult to untangle. At the center of the case is a state audit of Waterproof that found irregularities in the town’s record keeping. The parish district attorney says the audit shows mayoral corruption. The mayor says the problems pre-date his term, and he had taken steps to correct the issues. The mayor’s opponents claim he stole from the town by illegally increasing his salary. His supporters say he received a raise that was voted on by the town aldermen.

The mayor initially faced 44 charges; all but two were dropped before the trial began. Those charges – malfeasance in office and felony theft – were related to the disputed raise and use of the town’s credit card. Miles Jenkins, the police chief, faced charges related to his enforcement of traffic tickets. 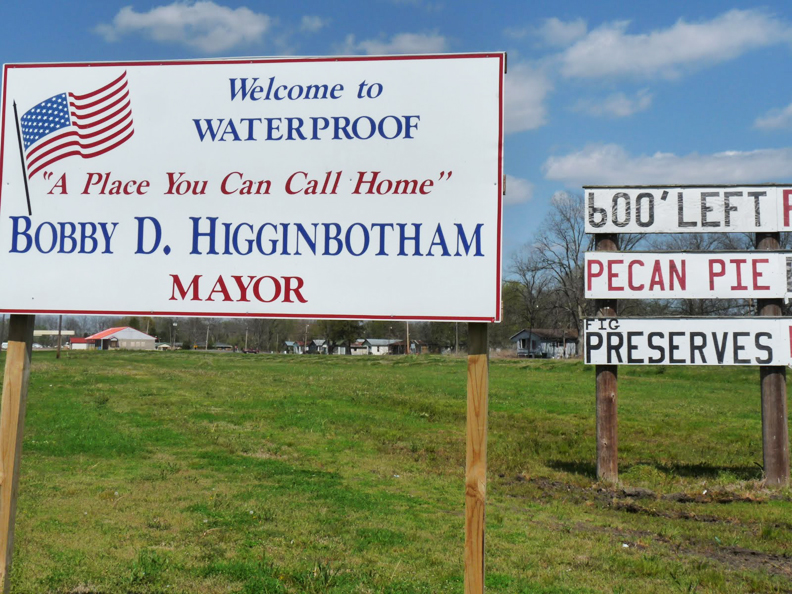 The mayor was quickly convicted of both charges but lawyers have raised challenges to the convictions, bringing a number of legal complaints. For example, in a town that is 60 percent African-American, Mayor Higginbotham had only one Black juror.

Higginbotham’s counsel was disqualified by the DA, and the public defender had a conflict of interest, leaving the mayor with no lawyer. Two days before trial began, the DA gave Higginbotham 10 boxes of files related to his case. Higginbotham’s request for an extension to get an attorney and to examine the files was denied.

There’s more: During jury selection, when Higginbotham – forced to act as his own lawyer – tried to strike one juror who had relationships with several of the witnesses, he was told he could not, even though he had challenges remaining. There was also a problem with a sound recorder that the court reporter was using, and as a result there is no transcript at all for at least two witnesses’ testimony. Finally, during deliberation, the judge gave the jury polling slips that had “guilty” pre-selected and then later hid the slips.

When Higginbotham was convicted, the judge refused to set bail in any amount. Although a possible sentence for the crime was probation and despite former mayor’s obvious ties to the community, Higginbotham has spent the last 10 months in jail while his lawyers have worked on his appeal. “He’s not a flight risk,” says Conner. “He’s tied to Waterproof and he’s got a vested interest in clearing his name.”

Waterproof, Louisiana, is a rural town near the Mississippi border best known for holding an immigration detention center. The town – population approximately 800 – sits in Tensas Parish, a mostly agrarian region of the state. Community members say the civil rights movement came late to Tensas; it was the last parish in the state where Black residents were able to register to vote, and the Klan was active until late in the 20th century.

The current troubles began in September of 2006, when Higginbotham was elected mayor of Waterproof. Soon after, he appointed his associate, Miles Jenkins, as chief of police. Jenkins, who served in the U.S. military for 30 years and earned a master’s degree in public administration from Troy University in Alabama, immediately began the work of professionalizing a small town police department that had previously been mostly inactive. 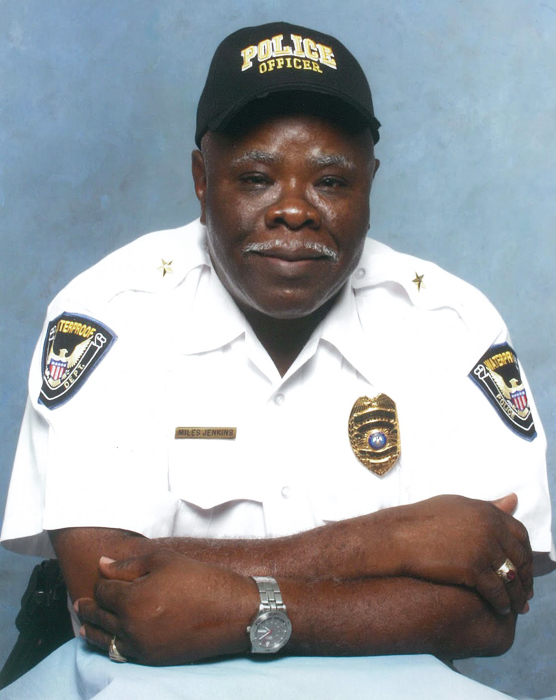 While both Jenkins and Higginbotham are from Waterproof, both had also spent much of their adult lives working in other places and brought a professional background to their new positions. Allies of Higginbotham and Jenkins say this threatened parish Sheriff Ricky Jones and DA James Paxton. Annie Watson, a school board member and former volunteer for the mayor, says officers working for Jones told her, “As soon as you people learn that the sheriff controls Tensas Parish, the better off you’ll be.”

The charges against Higginbotham come in a context where many African Americans in Louisiana feel that Black political power in the state – and in the country – is under attack. Tens of thousands of African-American, mostly Democratic, voters remain displaced from the state post-Katrina.

For the first time since the post-Civil War era, both houses of the legislature have Republican majorities, and every statewide elected official is Republican. The newly-dominant Republican majority will oversee the state’s legislative redistricting as well as passage of Gov. Bobby Jindal’s agenda, which includes large cuts to public education and other services, including the elimination of Southern University of New Orleans, a historically Black state university.

The allegations also come at a time of corruption investigations around the state that many civil rights activists say have disproportionately targeted Black elected officials. Tommy Nelson, the Black mayor of the Louisiana town of New Roads, recently filed a motion in U.S. District Court that accuses government investigators of exclusive targeting of Black elected officials, beginning with a National Conference of Black Mayors gathering in New Orleans in June 2008. The investigation Nelson refers to resulted in racketeering charges against him, as well as Black elected officials in the Louisiana towns of White Castle and Port Allen. While the Waterproof case is not connected to these other corruption investigations, the cases add context to the charges from allies of Higginbotham that Black political power is the real target of the investigations.

Black political power is the real target of the investigations.

For Conner, the fact that the former mayor remains locked in jail awaiting appeal is the most shocking part of this case. “The vindictiveness and whatever else is going on under the surface – I think that’s where it shows itself,” she says. Pointing to much more high-profile cases, with much more money involved, Conner asks why Higginbotham is still locked up. “William Jefferson is out on bail. Tom Delay is out,” she says. “And then you’ve got a guy with errors in his trial from A to Z. They didn’t even set $3 million dollars as his bond. They set no bond.”

The mayor and his allies have filed legal appeals and are hoping for the U.S. Department of Justice to investigate or for national media to come in. Tens of thousands of people have signed a petition, initiated by Color of Change, asking Louisiana Gov. Bobby Jindal to intervene. Chief Jenkins, who still has pending charges, believes that once word gets out, justice will come to Waterproof. “People need to see exactly what is going on in these little Southern towns around here,” he says.

Jordan Flaherty is a journalist and staffer with the Louisiana Justice Institute. His award-winning reporting from the Gulf Coast has been featured in a range of outlets including the New York Times, Mother Jones and Argentina’s Clarin newspaper. He has produced news segments for Al-Jazeera, TeleSur and Democracy Now and appeared as a guest on CNN Morning, Anderson Cooper 360 and Keep Hope Alive with the Rev. Jesse Jackson. For Flaherty’s previous coverage of this story, see “Did a White Sheriff and District Attorney Orchestrate a Race-Based Coup in Northern Louisiana?”His new book is “Floodlines: Community and Resistance from Katrina to the Jena Six.” He can be reached at neworleans@leftturn.org. For speaking engagements, see communityandresistance.wordpress.com.