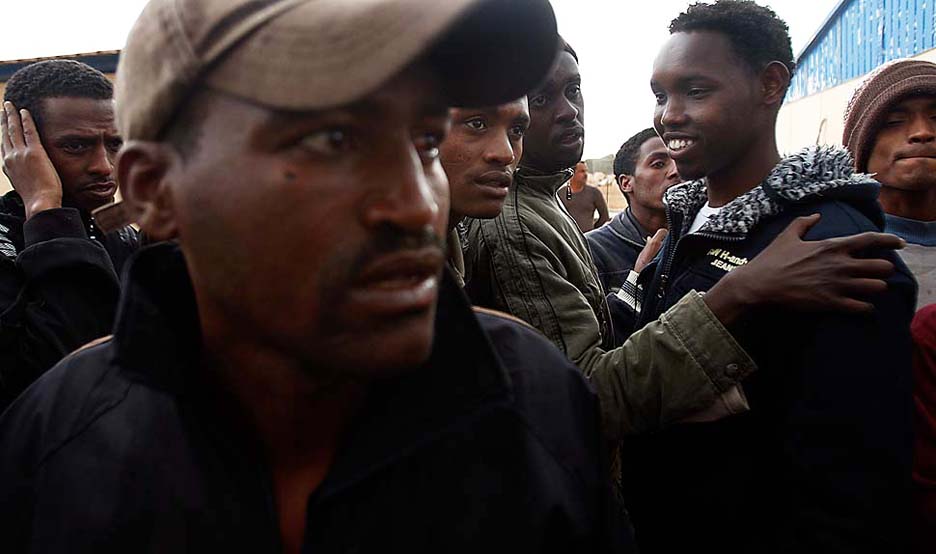 The fundamental stimulus of the attack on Libya is greed, not the protection of the Libyan people. In fact, the people of Libya have suffered more during this bombardment by Western powers and their allies than during the entire 41 years of the leadership of Muammar al-Gaddafi.

There are several rationales that have been advanced in the public for the reason for the assault on Libya. The attackers have said that Gaddafi has used force against his own people. They say that they are trying to prevent revenge attacks on the people who have risen against the leader of Libya. They also say that Gaddafi’s government has lost its legitimacy. None of these arguments make much sense in reality, and they conceal the attempt at exploitation, appropriation of Libyan petroleum and colonial incursion to demonstrate the will of the West in Africa.

We have yet to have a clear view of the attacks made upon the Libyan people by their government. If anything, the actions of the Libyan government in Tripoli appear restrained despite the agitation caused by a vocal minority. In the United States in 1965, when I was a young college student, I witnessed the actions of the National Guard on the streets of South Central Los Angeles. Nearly 40 people were killed in a confrontation with American government authorities.

Governments fight to maintain their legitimacy; this is the law of sustaining power. When President Bush reached the lowest point of his popularity among the American people, he was still considered the president. Gaddafi has not lost any legitimacy because groups of his people, influenced by social media, went to the streets to demonstrate against him. Popularity has rarely been the standard by which governments must be overthrown.

Furthermore, there were no African mercenaries fighting against the people of Libya as reported by the media; the Black people that the Western media experts saw were Libyans.

Although we can and should argue about the need for what Ron Daniels calls the “act of internal criticism” in African governments, there can be no argument about the necessity for Africans to solve their own problems. We must be clear that the attack on Libya is an attack on Africa.

One of the reasons that the French, the Americans and the British could not reach an agreement with the African Union to bomb Libya is because the political intelligence of African leaders has grown tremendously since the crises in Sudan, Côte d’Ivoire, Tunisia and Egypt. The African Union knows that Gaddafi’s leadership on questions of African unity is among the most prominent.

We must be clear that the attack on Libya is an attack on Africa.

Few African leaders have been as active in assisting the continent economically and administratively as Gaddafi. He has used his country’s wealth to create a strong economy in Libya as well as to support civil servants in other African nations. We must not be beguiled by the Western media in its rush to remove one of the strongest African leaders from his post.

Gaddafi has minced no words about his support for and belief in the United States of Africa. Indeed, he knows that if Africa is divided between Northern and Southern states, or if Africa keeps existing as 54 independent states, the Western nations and the North American nations of Canada and United States will eat each part of Africa alive. They will not be able to swallow a continent that is united, firm in its convictions and dedicated to the liberty of its territory.

If Africa is divided between Northern and Southern states, or if Africa keeps existing as 54 independent states, the West  will eat each part of Africa alive.

No one has shouted any louder than Gaddafi that Africa must be for the Africans. In this he reminds us of the clarion voice of Marcus Garvey.

With the fall of Tunisia, Libya and possibly Morocco and Algeria, France will have succeeded in its major plan to bring those states, especially oil-producing Libya, into a grand Mediterranean Basin clique. In such a scenario, the northern part of Africa will be declared the southern ridge of the European nation to the north. Gaddafi has been one of the major opponents of this neo-hegemony over African territory.

A United Africa would be a step toward overcoming disease, transportation problems, famine and land disputes. In our judgment we should not be so fast to criticize Gaddafi just because Western governments call for such an action. If they say that he is punishing his people, denying them free speech and keeping them from education, this must be proven.

Furthermore, why hasn’t the Western world rolled into Israel or the West Bank and saved the Palestinian people who suffer true slaughter and discrimination at the hands of Israel? What is Gaza, if not the pits of hell? When shall we hear high-sounding words from the leaders of the Western world in support of those Arabs? Africans must beware of the gifts of Europe. 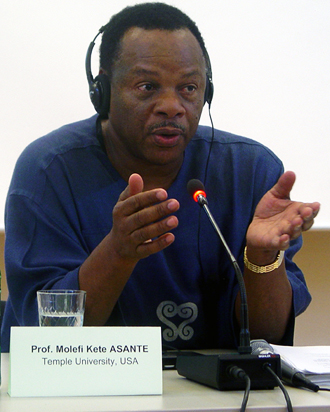 Since Kwame Nkrumah, Africa has rarely had a visionary as broad in thinking and as dedicated in commitment as Gaddafi. Perhaps in his desire to strengthen the continent and to make Africa powerful he went too far with his donations to the governments of Senegal, Chad, Burkina Faso and Zimbabwe and did not do enough for the Libyan people.

No African nation was among those who came out to attack Libya on March 19. President Sarkozy of France has reported that some Arab nations supported the campaign against Libya, but even if that proves to be so, one must not read too much into this without some appreciation of the Arab distress with Gaddafi’s pro-African stance.

Transformations are produced by those who are focused on long-term goals, not by those who make convenient alliances with the enemies of their people. As Nkrumah was fond of saying, “We face neither East nor West; we face forward.”

It has been Gaddafi who has made Nkrumah’s mantra his own: “Africa must unite or perish.” Why would this language threaten the West? The Libyan leader has encountered, and continues to encounter, attempted setbacks and hurdles.

The work of the Brother Leader, as he is sometimes called, has been to raise African consciousness to the point that some of the nations on the continent of Africa begin to reject the loyalty they hold for their colonial masters. Some African leaders seem to fear other Africans.

Gaddafi has proposed that Africa do away with travel restrictions, create a common currency and ease trade tariffs and barriers. This African solidarity is not only a threat to the West – some who identify as Arabs have a difficult time accepting the Africanity promoted by Gaddafi.

With the proper safeguards and cooperation of the African world, the Libyan people can sort out their own internal squabbles. The great danger of the attacks on Libya is that they are being used by the U.S. to test the effectiveness of AFRICOM, the African Command, and this adventure will open the door to direct military intervention in Africa. We already know that the U.S. and the former colonial powers of France and England are re-inventing Cold War policies to enlarge and protect their economic interests on the continent.

The great danger of the attacks on Libya is that they are being used by the U.S. to test the effectiveness of AFRICOM, the African Command, and this adventure will open the door to direct military intervention in Africa.

The attack on Libya is also a challenge to Brazil, Venezuela, China, Iran and Russia for influence on the continent. However, beyond the economic argument is the moral argument for African people.

Why should a group of dissidents be able to challenge their state and cause international hegemonic forces to invade their land? Who is to blame for this political folly? We do not see the collapse of the Libyan government, and we support the masses of Libyan people against the tyranny of a minority.

When Africa needed Gaddafi, he was always present. Now that Libya needs Africa, let it be said that Africa will be present on the side of the legitimate government of the people of Libya.

Molefi Kete Asante is international representative of Afrocentricity International, professor of African American studies at Temple University, and author of “The History of Africa” and over 70 other books. He can be reached through his website, http://www.asante.net. This story previously appeared in the New York Amsterdam News, a legendary Black newspaper founded in 1909.