EMERGENCY CALL FOR SUPPORT NOW: In a typical act of colonizer arrogance, the developer and municipal officials are refusing to listen to the U.S. Department of Justice, who had planned to mediate the controversy today. Coming to the SACRED SITE this morning with police, they threatened to forcefully remove all indigenous resistors from Glen Cove tonight, Monday, April 18, at sundown. Please join the POOR Magazine family and ALL community as we fight this ongoing battle for land, liberation and ancestors. Resist with your bodies and phone calls; go to www.protectglencove.org for directions to get there and phone numbers.

“Is there any land the ‘white man’ hasn’t stolen from us?” My 7-year-old son’s words sailed through the POOR Magazine van as our family of Indigenous poverty scholars drove up 1-80 to join the resistance at Sogorea Te (Glen Cove), a place of commerce, culture and life for Indigenous peoples for the last 3,500 years. This sacred land for our ancestors has been under attack in recent years from the City of Vallejo and developers who have plans to redevelop this ancestral land into a “park.” 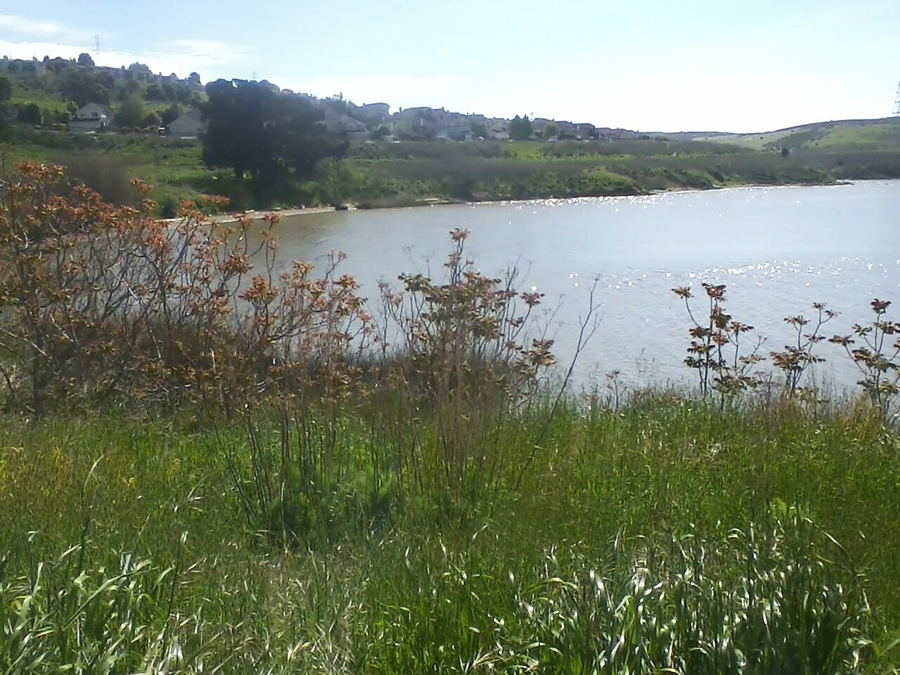 “Thank you, brothers and sisters, for coming here, for joining us in this fight to save this sacred space for Creator, for our ancestors, for our children,” said Wounded Knee Deocampo, a Miwok elder who has been at the forefront of the battle to keep Glen Cove unharmed, de-anthropologized and safe from the looming jaws of redevelopment administered by the Greater Vallejo Recreational District (GVRD). Ocampo spoke to a group of community members, Indigenous leaders and legal supporters who gathered to begin a prayer ceremony Thursday night to resist an impending threat by GVRD to send in the bulldozers on Friday.

“The history and cultural use of the site has never been disputed. Native Americans continue to hold ceremonies at Sogorea Te just as they have for thousands of years,” said Mark Anquoe, Indigenous organizer with the Indian Treaty Council, one of the groups organizing community, media and legal support for this sacred site resistance.

The Glen Cove shellmound spans 15 acres along the Carquinez Strait. It is the final resting place of many Indigenous people dating back more than 3,500 years and has served as a traditional meeting place for dozens of California Indian tribes. The site continues to be spiritually important to California tribes.

Glen Cove is acknowledged by GVRD and the City of Vallejo to contain many burials and to be important culturally, yet as of Thursday night they were still were planning to move forward with plans to build a toilet and parking lot on this sacred site.

“We filed a civil complaint which had a powerful impact,” said Bradly Angel with GreenAction, another organization which has been working with Indigenous leaders to halt this desecration. “We even got a call from the mayor of Vallejo, saying he might join our resistance.”

On Wednesday, April 13, Sacred Site Protection and Rights of Indigenous Tribes (SSP&RIT), a Vallejo-based community organization, filed an administrative civil rights complaint with the state of California alleging that the city and GVRD are discriminating on the basis of race in threatening to destroy and desecrate significant parts of the Glen Cove shellmound and burial site, for harming Native Americans’ religious and spiritual well-being and for effectively excluding Native Americans from their right to full participation in decision-making regarding the site.

“It’s a beautiful morning, and so far no bulldozers!” I heard the good news from poverty and disability scholar Bruce Allison when he called this morning (Friday). He along with other members of POOR’s family and many other Indigenous leaders and supporters camped out overnight with plans to hold a prayerful and peaceful resistance ceremony if the bulldozers came as planned this morning.

Andy Kreamer, another POOR Magazine extended family member who camped out overnight to report and support the resistance, explained that they were going to march to City Hall in Vallejo and also go by the offices of GVRD. The resisters numbered over a hundred people this morning.

“The Department of Justice got involved, who have committed to mediating a discussion between Indigenous organizers and the GVRD on Monday,” said Mark Anquoe by cell phone from Sogorea Te this morning. He explained that people will remain camped out over the weekend, and so they need strong support from ALL community members to keep up this effort and stave off the omnipresent threat of GVRD, but that so far they are safe and it is because of our community-wide resistance and the pressure of media and legal action.

As Father Moon rose above the soft grass and elder trees of Sogorea Te, I walked quietly with my son and fellow poverty, youth and Indigenous scholars from POOR’s family, Vivian Thorp, Queenandi Iris, Queena, Zosia and Janina, to a place where we held a quiet prayer circle for all of our ancestor spirits, Creator and Pachamama before we had to leave on Thursday night.

After our prayer, I remembered my son’s conscious plea and the desecration by developers of sacred sites in Emeryville and the Presidio, just to name two, and we asked for the strength to resist yet another theft of our land by the “man.”

Tiny – or Lisa Gray-Garcia – the consummate organizer, is co-founder with her Mama Dee and co-editor with Tony Robles of POOR Magazine and its many projects and author of “Criminal of Poverty: Growing Up Homeless in America,” published by City Lights. She can be reached at deeandtiny@poormagazine.org. Visit www.tinygraygarcia.com and www.racepovertymediajustice.org.

Reflections on the victorious resistance at Sogorea Te