Oakland – Oakland voters who thought they would be spared catastrophic budget cuts by voting for the Democrats and Oakland’s Jerry Brown in the campaign against fascist Meg Whitman and the Republican Party feel abandoned and double-crossed by the latest round of budget cuts supported by Democrats that are pulverizing the disabled, poor, sick and elderly. 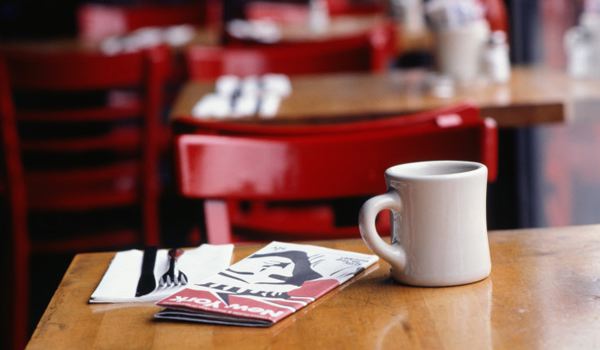 Just imagine your neighborhood senior citizens – forced to eat cat food through the years just to survive, they can no longer afford to buy cat food anymore due to the latest round of budget cuts and are now being forced to steal their cat food from their local neighborhood grocery store or face outright starvation.

At this point, the disabled, poor, sick and elderly should be advised to pull out their old copies of “Steal This Book” by Abbie Hoffman to get some much needed refresher tips and techniques to survive the catastrophic budget cuts heading their way, thanks in part to the double-crossing Democratic Party.

In an age when the Democrats are siding with the Republicans in protecting big business, big banks, big oil companies, capitalist pigs, billionaires and millionaires from paying their fair share of taxes, billions of dollars in budget cuts in California will mean fewer government services, especially for the elderly, the disabled, the poor and the catastrophically ill.

In 1974, it was President Richard Nixon (Tricky Dick) who supported the creation of the Section 8 voucher housing program. For one instant, just try to imagine that if Bruce Gregory and Bernie Webber of West Chicago, Illinois, had a Section 8 voucher in 1974 to help pay off the rent in the apartment they resided in, they might not have ended up robbing a Clarke gas station, just to pay the rent. Imagine that.

In a time when the Republicans are presently slashing the federal budget and the nation’s housing programs, with Democrats consenting, more young men and women will be compelled to commit crimes and will end up in prison just like Bruce Gregory and Bernie Webber did, after journalist Bob Woodward’s father, Judge Alfred Woodward of Wheaton, Illinois, sentenced the two young men to prison for a five-year maximum sentence for armed robbery.

Tragically, Judge Alfred Woodward’s daughter, Wendy, was close friends to the two young men, and they used to visit Wendy at the judge’s home in Wheaton after they got out on bail for armed robbery but, friends or not, the judge still had to sentence them to prison because of the harsh mandatory sentencing laws in Illinois.

Gov. Jerry Brown’s budget cuts will mean that the state-subsidized child care program for 11- and 12-year-olds will be eliminated, including a $1.7 billion cut from the Medi-Cal program, plus major reductions to senior programs and education and a $1 billion cut from CalWORKs and a $862 million cut from mental health services, including a host of other draconian catastrophic budget cuts to other programs that will force millions into trying to make ends meet in the underground economy, forcing more people into a life of crime just to survive.

Just try to imagine an elderly senior citizen couple down on their luck and down to their last few bucks, with just barely enough money to buy a cup of coffee for each other at a local coffee shop. However, they are both desperate – and clever – enough to get a free meal along with their cup of coffee.

Imagine one of those senior citizens sitting down alone at the counter of your local coffee shop, and he orders himself a huge feast of ham and eggs, french toast, coffee and orange juice.

Now, five minutes later, the senior citizens partner strolls into the coffee shop and sits down next to the one already at the counter, and this one orders only a cup of coffee.

After a bit, when no one is looking, the two of them trade their checks at the counter with each other before sauntering off to pay their bills.

The other one still at the counter calls the waitress over and tells her that he only had a cup of coffee and wound up with the wrong check somehow.

Later, the two of them meet nearby and head off to a different coffee shop. This time the other one gets to eat a feast for free, while the one who just ate gets only a cup of coffee, and they trade checks at the counter again to get a free meal.

Others may try to get free food by ordering some extra pizzas for pick up late in the evening, just before closing time. After no one picks up the pizzas, they end up in the dumpster behind the building, where the hungry people will come by later to grab the pizzas that were tossed out after no one came by to pick them up.

The budget cuts imposed by the Democrats in California and Oakland are sure to wreak more havoc on society than they will ever understand, as the fabric of the safety net is shredded by those protecting big business, big banks, big oil companies, capitalist pigs, billionaires and millionaires from paying their fair share of taxes.

Lynda Carson may be reached at tenantsrule@yahoo.com. This story first appeared on the IndyBay News Wire.