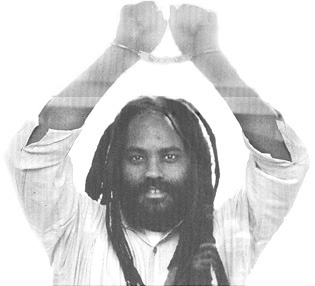 April 26 – The United States Court of Appeals for the 3rd Circuit has unanimously declared that Mumia Abu-Jamal’s death sentence is unconstitutional. In today’s decision, the Court of Appeals reaffirmed its 2008 finding that Mr. Abu-Jamal’s sentencing jury was misled about the process for considering evidence supporting a life sentence.

The court found that, in violation of the United States Supreme Court’s 1988 decision in Mills v. Maryland, the jury was improperly led to believe that that it could only consider unanimously agreed upon evidence favoring a life verdict. This mistake rendered Mr. Abu-Jamal’s death sentence fundamentally unfair. The NAACP Legal Defense & Educational Fund, Inc. (LDF), and Professor Judy Ritter of Widener Law School represent Mr. Abu-Jamal in this appeal of his 1982 conviction and death sentence for the murder of a police officer in Philadelphia, Pennsylvania.

“This decision marks an important step forward in the struggle to correct the mistakes of an unfortunate chapter in Pennsylvania history,” said John Payton, director-counsel of LDF. “Again acknowledging the existence of clear constitutional error in Mr. Abu-Jamal’s trial, the Court of Appeals’ decision enhances confidence in the criminal justice system and helps to relegate the kind of unfairness on which this death sentence rested to the distant past.”

Professor Ritter noted: “Pennsylvania long ago abandoned the confusing and misleading instructions and verdict slip that were relied on in Mr. Abu-Jamal’s trial in order to prevent unfair and unjust death sentences. Courts now use clear and unambiguous language to advise sentencing juries about their ability to consider evidence that favors a life verdict. Mr. Abu-Jamal is entitled to no less constitutional protection.”

Mumia Abu-Jamal has been on death row in Pennsylvania for 29 years.

Melquiades Gagarin of the NAACP Legal Defense & Educational Fund, Inc., can be reached at mgagarin@naacpldf.org or (212) 965-2783.