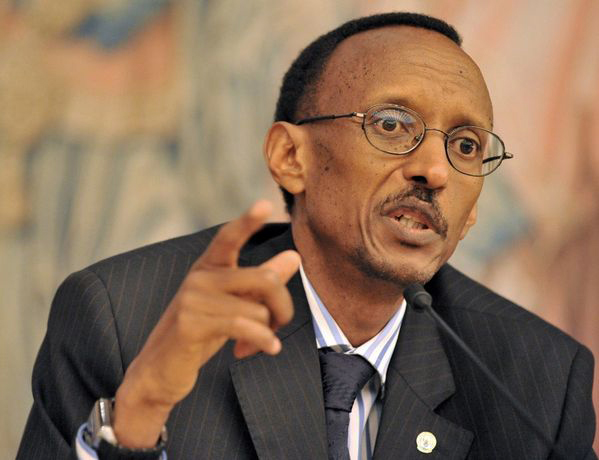 Law professor and former National Lawyers Guild President Peter Erlinder’s case against Rwandan President Paul Kagame and his official history of the Rwanda Genocide continues in the court of public opinion, with Erlinder refusing to return to work at the International Criminal Tribunal on Rwanda for fear Kagame might have him assassinated. Erlinder has also published an 80-page analysis of documents which he says prove Kagame’s culpability for the Rwanda Genocide and ensuing Congo Wars. KPFA News spoke to him on Saturday, April 9.

KPFA Weekend News Anchor David Rosenberg: April 6 was the 17th anniversary of events that triggered the massacres that the world came to know as the Rwanda Genocide. The history of the 1994 genocide and the ensuing war in Rwanda’s resource rich neighbor, the Democratic Republic of Congo, are fiercely disputed by a growing number of scholars, journalists and human rights investigators and by Rwandan and Congolese opposition leaders, genocide survivors, exiles and refugees.

Last year Kagame arrested and imprisoned Erlinder in Rwanda after he had traveled there to defend Ingabire, and last week the International Criminal Tribunal on Rwanda came close to sanctioning him for refusing to return to Arusha, Tanzania, to defend another client. Erlinder had said that he would not return because Kagame’s Rwandan Patriotic Front agents might well assassinate, kidnap or disappear him if he did. The court did not acknowledge Erlinder’s claim that his life would be in danger in Arusha, but they did excuse him after his doctor reported that he suffers from post-traumatic stress syndrome as a consequence of his arrest and imprisonment in Rwanda last year.

KPFA’s Ann Garrison spoke to Professor Erlinder by phone from his office at William Mitchell College of Law, in St. Paul, Minneapolis: 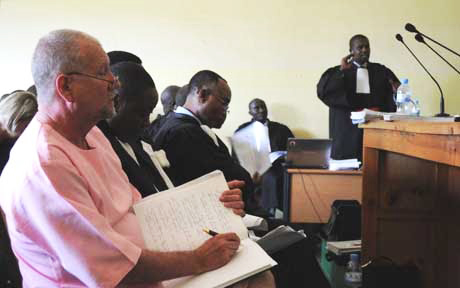 Ann Garrison: Peter Erlinder, this story is still obscure to many KPFA listeners. Could you explain why Paul Kagame, the president of Rwanda, would conceivably want to assassinate, kidnap or disappear you?

Peter Erlinder: Well, during my work at the U.N. Tribunal, I had an opportunity to have access to the previously secret United Nations files that were kept by U.N. personnel in Rwanda during the time that’s known as the genocide. And those documents tell a completely different story than the story the world has heard about what happened in Rwanda during that time.

Also I was able to link that to U.S. documents from the State Department, the CIA and the Pentagon and the documents from other countries. And I used those documents to defend my client and he and other military officers were acquitted of the charge of conspiracy to commit genocide, which means there was no plan on the part of the previous government and military.

Ann Garrison: And do the documents that you’ve assembled demonstrate that President Kagame and the Rwandan Patriotic Front regime are most responsible for the mass slaughter of 1994, which came to be the principle justification of the Kagame regime?

Peter Erlinder: Yeah, what the documents show is that the RPF were the dominant military power in Rwanda. They were responsible for assassinating the Rwandan and Burundian presidents, which touched off the mass violence. They were in a position to stop the mass violence and didn’t do so because of their desire to win the war. And then once they did seize power, continued carrying out violence against civilians.

Ann Garrison: And what do those documents that you’ve assembled say about the ensuing Congo War?

Peter Erlinder: Well, the documents make clear that the RPF went on to carry out an invasion of the eastern Congo along with Uganda and then essentially to control the eastern Congo, which they do to this day. And that was accomplished because of ongoing support from the Pentagon, and then, unfortunately, it becomes clear that this support was covered up as the ICTR began to develop.