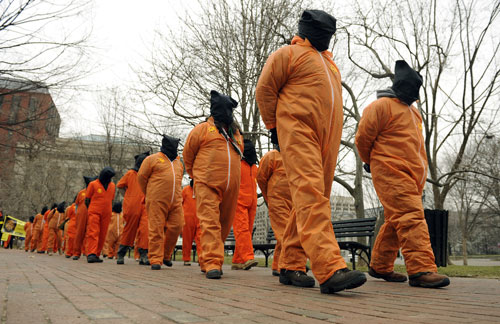 In a scathing report issued by China’s Information Office of the State Council, China condemned America’s treatment of its Afro-descendants and other minorities and cited America’s numerous human rights violations against its minorities.

The report cites that Afro-descendants make up 50 percent of the homeless in Los Angeles, California, and have a 32 percent unemployment rate nationwide.

According to a report of the Working Group of Experts on people of African descent to the Human Rights Council of the United Nations in August 2010, unemployment was a very serious issue for the Afro-descendant community in the United States, with levels of unemployment being, proportionately, four times higher among this population than in the white community.

Reference was made to a case where the New York City Fire Department was found to have discriminated against people of African descent who had applied for employment as firemen. Of the 11,000 firemen employed by the New York City Fire Department, only about 300 were of African descent, despite their being about 27 percent of the population of New York (UN document A/HRC/15/18).

Poverty proportion for minorities is also high in the United States. The U.S. Census Bureau announced in September 2010 that the poverty proportion of the Black population was 25.8 percent in 2009, and those of Hispanic origin and Asian were 25.3 percent and 12.5 percent respectively, much higher than that of the non-Hispanic white at 9.4 percent.

A survey released by the America Association of Retired Persons on Feb. 23, 2010, found that over the previous 12 months, a third (33 percent) of African-Americans age 45-plus had problems paying rent or mortgage, 44 percent had problems paying for essential items, such as food and utilities, almost one in four (23 percent) lost their employer-sponsored health insurance, more than three in 10 (31 percent) had cut back on their medications, and a quarter (26 percent) prematurely withdrew funds from their retirement nest eggs to pay for living expenses.

In 2009, there were more than 30,000 Black children living in poverty in the nation’s capital, almost 7,000 more than two years before. Among Black children in the city, childhood poverty shot up to 43 percent, from 36 percent in 2008. In contrast, the poverty rate for Hispanic children was 13 percent, and the rate for white children was 3 percent (The Washington Post, Sept. 29, 2010).

The health care for African-American people is worrisome. Studies showed that nearly a third of ethnic minority families in the United States did not have health insurance. Life expectancy was lower and infant mortality higher than average (BBC, the social and economic position of minorities). Mortality of African-American children was two to three times higher than that of their white counterparts.

African-American children represented 71 percent of all pediatric HIV/AIDS cases. African-American women and men were 17 times and 7 times, respectively, more likely to contract HIV/AIDS than white people and twice as likely to develop cancer.

Racial discrimination is evident in the law enforcement and judicial systems. The New York Times reported on May 13, 2010, that in 2009, African-Americans and Latinos were nine times more likely to be stopped by the police to receive stop-and-frisk searches than white people. Overall, 41 percent of the prison population was estimated to be African-American. The rate of African-Americans serving a life sentence was more than 10 times higher than that of whites.

Males of African descent who dropped out of school had a 66 percent chance of ending up in jail or being processed by the criminal justice system (U.N. document A/HRC/15/18). A report said 85 percent of the people stopped in New York to receive stop-and-frisk searches over the past six years had been Black or Latino (The Washington Post, Nov. 4, 2010).

According to a report of the Law School of the Michigan State University, among the 159 death row inmates in North Carolina, 86 were Black, 61 were white and 12 were from other ethnic groups. During the trial process of the 159 capital cases, the number of Black members taken out from the jury by prosecutors more than doubled that of non-Black members. According to statistics from the Chicago Police Department, the proportion of Black people being the criminals and the victims of all murder cases is the highest, reaching 76.3 and 77.6 percent respectively .

In conclusion, The People’s Republic of China demands that America stop using their cry of human rights violations against other sovereign nations in order to declare war on them to steal their resources when America flagrantly violates the human rights of Afro-descendants and other minorities within its own country.