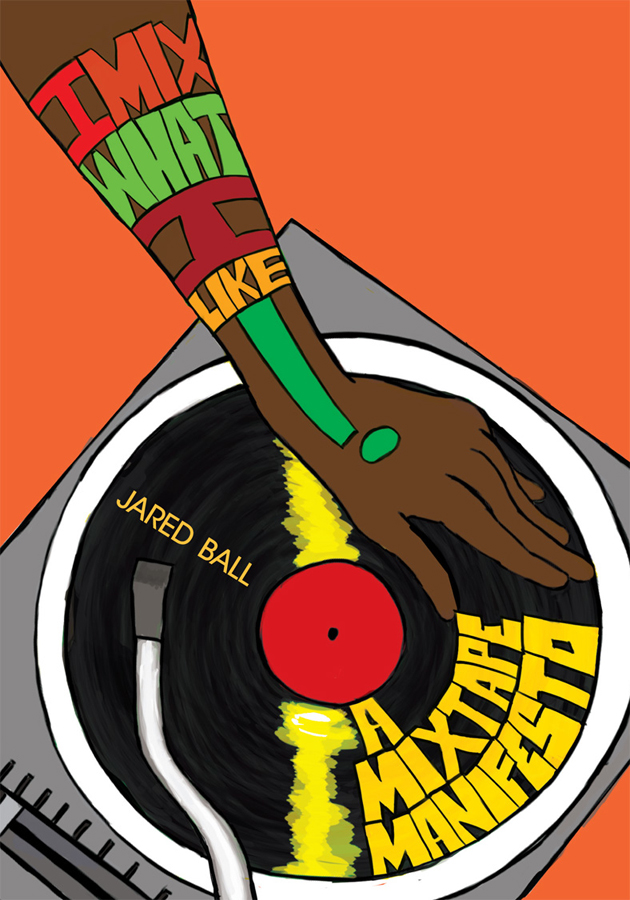 Jared Ball, Ph.D., has been on the forefront of Black revolutionary radio on the East Coast as long as I can remember, with his work on WPFW, the Washington, D.C., Pacifica radio station. I used to run into Jared Ball all the time at the many radio conferences across the nation where he would usually be on a panel talking about his work alongside other progressives of his generation like Davey D and Rosa Clemente.

He recently wrote a “theory and philosophy” book called “I Mix What I Like,” which is now available at AK Press. It is an interesting read because it reminds me of Paulo Freire’s “Pedagogy of the Oppressed,” which discussed education from the perspective of a freedom fighter teacher; this book discusses doing radio from a freedom fighting journalist perspective. I dug it. Check out author Jared Ball, Ph.D., in his own words.

M.O.I. JR: Can you tell us about your new book and the essays that comprise it?

Jared: “I Mix What I Like” is the theory and philosophy behind FreeMix Radio: The Original Mixtape Radio Show and the concept of “mixtape radio” or the application of Hemant Shah’s theory of “emancipatory journalism.” FreeMix Radio is a project we’ve been running on and off since about 2004.

It is a freely distributed mixtape cd that contains the kinds of cultural, journalistic and political expression kept out of most news and media operations in any format around the country and globe. FreeMix Radio is an attempt to blend the traditions of the hip-hop mixtape, radical media and journalism and, particularly, the tradition of radical Black radio and to develop the mixtape as an underground press for the 21st century. 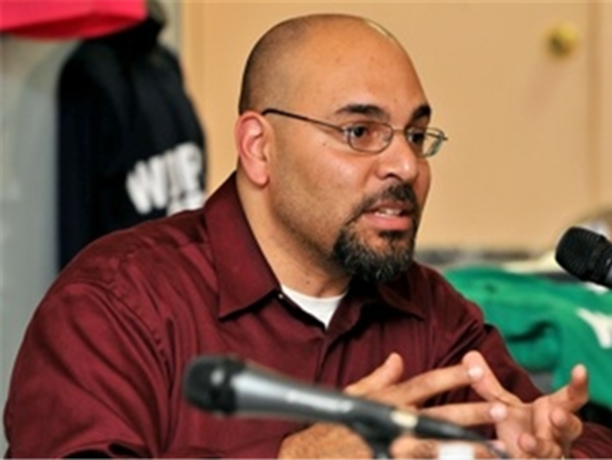 “I Mix What I Like” takes its name from Steve Biko’s “I Write What I Like” and argues that the mixtape be put to the same journalistic purpose as Biko’s essays, a form of journalism that encourages political organization and revolutionary change. So the book argues the following: that the mixtape, as hip-hop’s original mass medium, its national medium, is itself an extension of and response to the continuing colonization of African America. And to the extent that there is a “hip-hop nation,” it too is, naturally, an internally-held colony.

The book also serves as a critique of popular scholarship, particularly that of hip-hop and media studies. It is a critique of the societal role and function of media and a way to theorize media more as those who have constructed their technology and institutional study, that is, as ideological weapons equal to that of any other in their military arsenal.

And given that view, even the new and hot technology of the internet and so-called “social media” are exposed as insufficient tools for the development of the kinds of organization and response to the conditions we face that I think we need. So the book is a manifesto; it is a direct, side-taking political statement and one intentionally meant to distance itself from more popular forms and discussion.

M.O.I. JR: Why do you think emancipatory journalism deserves discussion?

Jared: Emancipatory journalism deserves discussion precisely because it aggressively argues that we need radical community-based journalism that, while professional, organized and researched, is clear about its bias in favor of oppressed communities and their political organizations and struggle. EJ starts, as a concept, from the perspective that we are not free and equal and that “objectivity” is a myth – and worse, has been used to prevent real investigation into the kinds of inequality that continue to exist and worsen.

Emancipatory journalism aggressively argues that we need radical community-based journalism that, while professional, organized and researched, is clear about its bias in favor of oppressed communities and their political organizations and struggle.

EJ is also a concept of journalism that centers the experience of the colonized and calls on them to produce their own journalism and redefine who are the “pundits” deserving of attention. It is an activist journalistic concept and one we desperately need and need implemented.

M.O.I. JR: How is this book connected to the work you do with FreeMix Radio?

Jared: It is the philosophy and theory behind FreeMix Radio and the concept of “mixtape radio.”

M.O.I. JR: Corporate media is dying. Where do you see mainstream journalism in 10 years?

Jared: I don’t see corporate media as dying as much as I see it reorganizing in a new context. But journalism is no more free or balanced or inclusive today than before; in fact, it’s worse. For example, as we discuss in the book, the internet is more consolidated in ownership, access and in terms of agenda/focus than pre-existing traditional media.

The more media technology “advance,” the more Black suffering is ignored. So I see the mainstream moving more online and becoming more consolidated, more exclusive and having more impact on society than that which exists today. This is, again, why we are arguing with “I Mix What I Like” that we need aggressive challenges to the way we conceive of journalism, media and our relationship with this society.

M.O.I. JR: In your analysis, how does emancipatory journalism impact Black and Brown youth in the hood? College students?

Jared: I think it can have greater impact and needs to. It is simply a theory of journalism that says that those in the hood should determine how their community is covered and who the experts are. College students can use their privileged place in life to study it more and find ways of helping others implement journalism projects in their communities that adopt the principles of EJ, which we summarize in the book.

Emancipatory journalism is simply a theory of journalism that says that those in the hood should determine how their community is covered and who the experts are.

Basically, it is a bottom-up form of journalism and it needs space that is relevant and accessible to folks in their communities. For those in the hip-hop community, I suggest the mixtape needs to be considered as that space and many of the reasons for that we discuss in the book.

M.O.I. JR: Who are some of the journalists today who inspire your work? What do you like to read to get information?

Jared: I am inspired by my colleagues at Black Agenda Report – Glen Ford, Bruce Dixon, Margaret Kimberly, Nellie Bailey. I am inspired by Davey D and JR of the Block Report. I am inspired by the long history we have of autonomous journalism, education and media work – Robert and Mabel Williams’ Radio Free Dixie and The Crusader. The Black Panther paper and the Negro World from Garvey.

M.O.I. JR: Can you talk about the birth of the Black media in this country? Originally, wasn’t it born out of the struggle? What happened? When?

Jared: We discuss some of this in the book as well. But of course. Everything we have done here is born out of struggle. Sam Cornish and John Russwurm started Freedom’s Journal in 1827 precisely to offer our first newspaper, which they said was done specifically in defense of our community.

In fact, we put this mixtape radio concept in the context of this kind of autonomous and politically-minded journalism, education and political organization. And, as is the case when colonialism and its fundamental relationships are left more or less intact, all of them suffer forms of co-optation and bastardization. So as people were assassinated, imprisoned, and others bought off and given jobs or access, these institutions suffered.

Today Black media, journalism and intellectual production (academia etc.) is often weak, unable or unwilling to take the kinds of positions I think need be taken. As you know, we lose focus on political prisoners, or mass incarceration as a whole – Michelle Alexander’s point that this is a class issue within Black America is serious.

Our bougie tendencies to ignore the most oppressed among us is making all of our work suffer. And within hip-hop I see much of the popular discussion and academia going in the same direction. This is why we wanted “I Mix What I Like” to be obviously, even uncomfortably, different.

M.O.I. JR: Can you tell us about your radio show on WPFW in D.C.? What is its purpose?

Jared: I now do the Legacy Edition of We Ourselves Friday mornings 10-11 a.m. I see what I do there as an extension of what you and others do with your radio programs. I attempt to provide space for people and topics that the mainstream and white left ignore. Black radical thought and action needs more attention and I try to provide space for it.

M.O.I. JR: What do you teach at Morgan State? How long have you been teaching at a college level?

Jared: I’ve been at Morgan State since 2006 and in academia since about 2004/2005. I teach in the Communication Studies department and basically try to encourage a more radical interaction with media and a deeper understanding of the political nature of media and their study.

M.O.I. JR: In your opinion, are youth a lost cause if we, as a community, wait until college to educate them about the world that they live in? Or do you think that college is the right time? Why?

Jared: Youth are never a lost cause. The moment we accept that, the moment we are finished. College is often a nice intervention in people’s intellectual development but not often enough.

College is way too late to start preparing our people for this world. College, like I said, can be a good intervention and often is but more often is not. College is like any other institution, it serves the state, and the state’s needs are not my own or what I think should be our own for our children. So college usually prepares people to be managers or rulers – depending on who or which one you go to – of the state.

It teaches Black people, usually, to be middle managers, buffers who will discourage radical shifts in their community. And we should have no illusions about this. You are no more likely to become radical going to college than working as a pizza delivery man (which was my last pre-college profession – but as I say in the book, it is also what helped further radicalize me because it gave me time to listen to tons of mixtapes and lecture tapes which combined into this concept of “mixtape radio”). So people like me do what we can to catch students coming through our classrooms and challenge their conception of themselves and the world, but college is more often too late a place to start.

Jared: I am easily reached via our website, IMixWhatILike.com, and through that website they can find links to read reviews of the book and to purchase it through either AK Press or Amazon.

People should also know, and this I think is in many ways the most important contribution made by the book, that every single penny of proceeds made, each and every one, will go to those working with and in service to political prisoners. It is a small but important act in support and defense of those who remain locked up for daring to struggle in defense of the rest of us. Thank you.