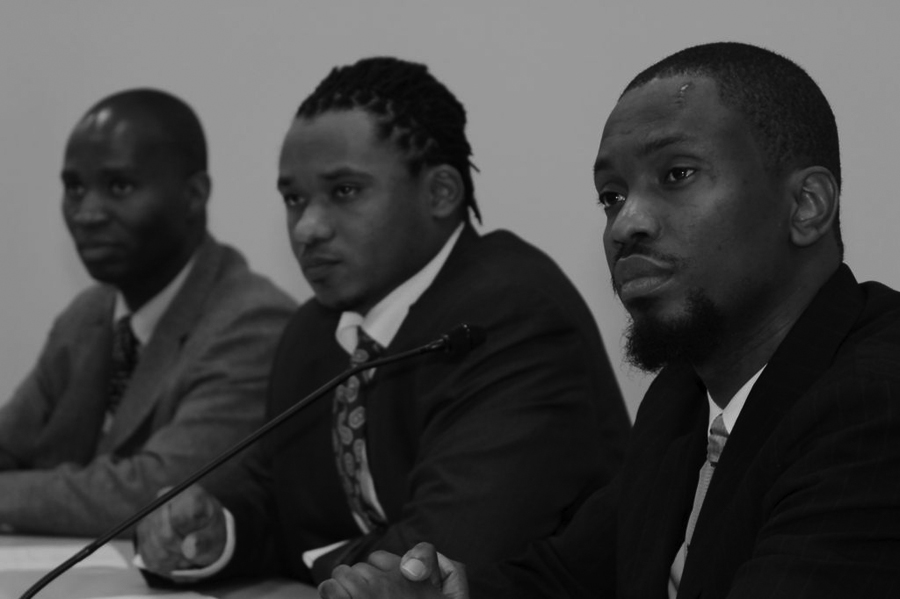 On March 28, 2011, United States President Barack Obama spoke to the American people about Libya and why the United States must engage militarily as opposed to diplomatically. The U.S., led by AFRICOM (the U.S. Military Command in Africa that enforces U.S. foreign policy), initiated the bombing of Libya ostensibly to enforce a United Nations mandated no-fly zone. The rationale for the U.S. intervention in Libya is to protect vulnerable civilians from mass slaughter by the Libyan regime.

One has to question why the U.S. has pursued a military path to “protect” civilians in Libya, especially considering that there is a far greater humanitarian crisis unfolding in the heart of Africa. The question generates greater concern when one considers that President Obama has had diplomatic tools at his disposal to help alleviate the human suffering in the Congo but has not used them.

For the past 14 years, more than 6 million Congolese have perished due to the ongoing conflict, which was triggered by U.S. allies Rwanda and Uganda when they invaded Congo in 1996. As the world focuses on the Western intervention in Libya under the guise of moral responsibility to protect the vulnerable, the global community must question the lack of action on the part of the U.S. and the coalition when it comes to the millions dead in the Congo.

On Dec. 15, 2008, the U.N. published the Final Report of the Group of Experts on the Democratic Republic of Congo. This report documented, among other things, satellite phone records for members of one of the rebel groups responsible for destabilizing the Congo, the National Congress for the Defense of the People (CNDP). The CNDP was in communication with the Rwandan Defense Force high military command and the Rwandan presidency.

Given the solid evidence of Rwanda’s complicity in support of the CNDP, which was destabilizing the Congo, global pressure had begun to be applied but not from the U.S. or Great Britain. Sweden and Netherlands took the lead in applying pressure to Rwanda by withholding aid to the Rwandan government. This action played a key role in Rwanda, placing under house arrest the rebel leader of the CNDP, Laurent Nkunda, and causing the rebel group to integrate into the Congolese army. 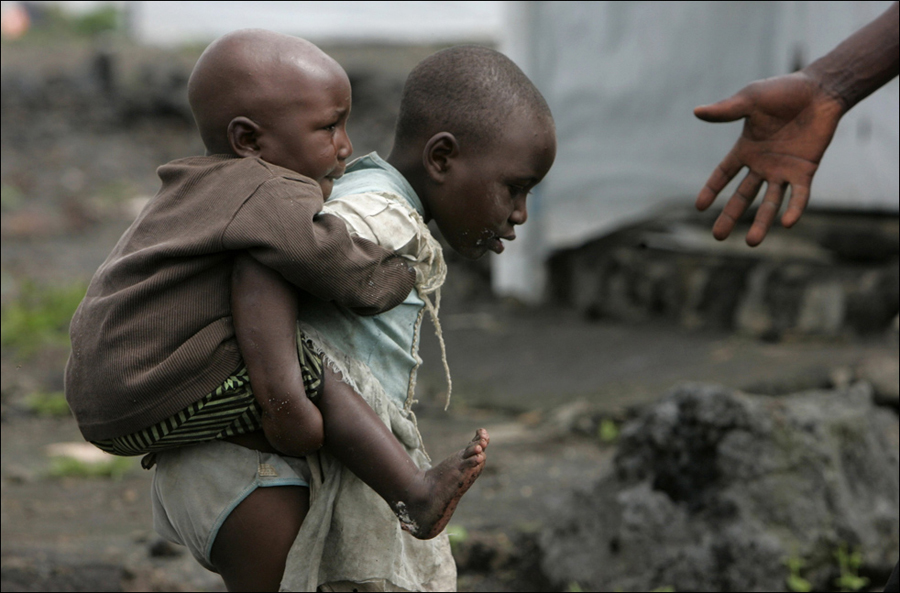 This diplomatic action showed the world that Rwanda is susceptible to outside pressure. Unfortunately, the U.S. and Great Britain did not apply any overt pressure. Instead of following the lead of Sweden and Netherlands, the U.S. pursued a backdoor deal that would result in a rapprochement between President Kabila and President Kagame while allowing Rwandan troops to enter Congolese soil once again. In essence, the U.S. backed a personal back door deal as opposed to an institutional transparent approach, which would have better served the prospects for long-term peace and stability in the region.

The U.S. has a diplomatic tool at its disposal that can make a difference in the region, the Obama Law, Public Law 109-456. This law, written by Obama and enacted in December 2006, provides the U.S. with the force of law to hold accountable Congo’s neighbors that have been destabilizing the country since 1996. It received bipartisan support in the Senate and was also co-sponsored by then-Sen. Hillary Clinton. This law also calls for the appointment of a special envoy to the Great Lakes region and gives the secretary of state the authority to withhold aid from neighboring countries that destabilize the Congo.

The Obama Law, Public Law 109-456, written by Obama and enacted in December 2006, provides the U.S. with the force of law to hold accountable Congo’s neighbors that have been destabilizing the country since 1996.

On Oct. 26, 2007, U.S. President George Bush met with Congolese President Joseph Kabila in the White House. Then-Sen. Obama released a statement reminding President Bush about his commitment to enforce the newly enacted U.S. law, Public Law 109-456, and stated, “It’s time the administration stops ignoring the call by Congress to appoint a special envoy to the DRC and strengthen the U.N. peacekeeping force which is working to stabilize the eastern part of the Congo.”

Now that Barack Obama is president, neither he nor Secretary of State Hillary Clinton has taken steps to enforce this law. Unfortunately, President Obama has demonstrated the same lack of action on the Congo as his predecessor, George W. Bush.

The Obama administration’s lack of resolve in implementing U.S. law as it relates to the Congo, where the humanitarian crisis is far greater than in Libya, leads one to question why the double standard in applying the principle of the responsibility to protect, especially considering that the Congo situation does not require a military solution but rather robust diplomatic and political action.

The suspicion many analysts share is that the U.S. is quick to act against its enemies while providing cover for its allies, even if its allies are clearly culpable for committing mass atrocities, crimes against humanity and possible genocide, according to the recently published U.N. report called “U.N. Mapping Exercise Report.”

The suspicion many analysts share is that the U.S. is quick to act against its enemies while providing cover for its allies, even if its allies are clearly culpable for committing mass atrocities, crimes against humanity and possible genocide.

This report, released by the U.N. Office of the High Commissioner for Human Rights on Oct. 1, 2010, documents “the most serious violations of human rights and international humanitarian law committed within the territory of the Democratic Republic of the Congo between March 1993 and June 2003.” It also identifies countries “that could be held responsible for serious violations of human rights committed by their national armies during the period under consideration in the DRC, and in particular Uganda, Rwanda, Burundi and Angola.”

During President Obama’s visit to Ghana, he shared with the Africans that the U.S. will engage differently in Africa from previous administrations by supporting strong institutions and not strong men. Unfortunately, the Obama administration has yet to hold to this principle when it comes to Central Africa. It continues to support Central African strongmen Yoweri Museveni of Uganda and Paul Kagame of Rwanda, while the people of the region continue to suffer from an ongoing conflict and the plundering of their natural resources.

In the final analysis, if President Obama can implement a no-fly zone over Libya, surely he can implement Public Law 109-456 and hold accountable U.S. allies Rwanda and Uganda, which are responsible for destabilizing the Congo and the region of the Great Lakes.

If President Obama can implement a no-fly zone over Libya, surely he can implement Public Law 109-456 and hold accountable U.S. allies Rwanda and Uganda.

Pressure has been mounting against the U.S. government as it remains inactive in implementing the Obama Law. Students organizing through Congo Week have made their priority demand to the Obama administration the enforcement of Public Law 109-456. American playwright Eve Ensler, along with her supporters, called for the enforcement of the Obama Law in June of 2010.

Last year, President Obama signed into law the Dodd-Frank Wall Street Reform and Consumer Protection Act of 2010. This new law, in its section 1502, requires companies to submit a new annual report and, in some cases, an independent private sector audit report, to the U.S. Securities and Exchange Commission (SEC) if they are using conflict minerals that originated in the Democratic Republic of the Congo or an adjoining country.

A multi-stakeholder group composed of companies, non-governmental organizations, socially responsible and faith-based investors submitted recommendations to the SEC asking, in addition to the new reporting requirement for companies, that the SEC coordinate with the State Department the implementation of the Obama Law to curb the violence and illicit trade of minerals in the Congo.

Furthermore, 35 Congressmen, 16 Senators, actor Ben Affleck, the Dear Hillary Campaign, a collection of human rights organizations and socially responsible investor groups, and thousands of American voters have also called on President Obama and Secretary Hillary Clinton to start implementing PL 109-456 with an appointment of a special envoy to the Great Lakes Region, which is section 107 of the law.

Friends of the Congo maintains that the appointment of a special envoy to the Great Lakes Region of Africa, as one of the steps to the full enforcement of the Obama Law, should embody the spirit of President Obama’s July 2009 speech, where he calls for a shift in U.S. policy to one that supports strong institutions as opposed to its practice of supporting strongmen throughout Africa.

Lend your voice to the effort of bringing an end to the crisis in the Congo, the deadliest conflict since World War II, by signing the petition to appoint a special envoy to the Great Lakes Region of Africa.

Kambale Musavuli, a Congolese native, is spokesperson and student coordinator for Friends of the Congo. He can be reached at kambale@friendsofthecongo.org. You can follow him on twitter @kambale and visit him on Facebook at http://www.facebook.com/kambalemusavuli.